Navigating the Early Stages of an Open Relationship. 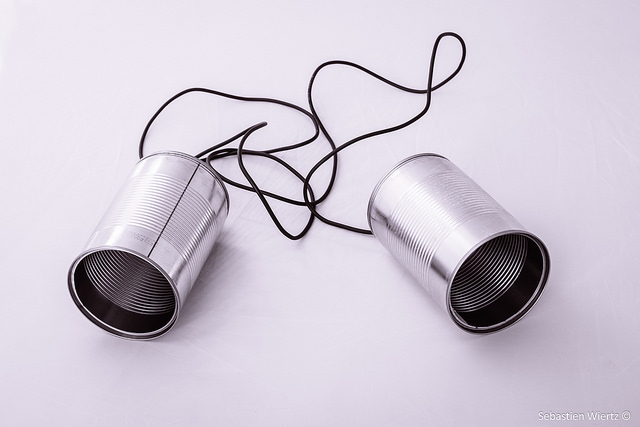 The decision to enter into an open relationship wasn’t a rash one.

It was something that I’d been interested in for a while, but only explored when I found someone who, through their own set of experiences, had also begun to question the relationship model that most considered “the norm.”

You know the one I’m talking about: Boy meets girl; they get married, most likely have babies and both are faithful and happy ’til death do them part. It’s been sold to us since we were children—in advertising, in fairytales, in movies and through religious dogma. Through watching our parents (no matter If they ended up divorced or not).

The fact remains that in the developed world most countries’ divorce rates are over 50 percent. I think this signals that the cookie cutter, one-size-fits-all approach isn’t working. Of course, not all relationships break down because of infidelity.

I’m not a complete cynic. Some people do manage to have fulfilling, monogamous, long-term relationships and marriages. I question, however, to what lengths some must restrain themselves to uphold this traditional vow they have taken, and if there are moments they ache to scream from feeling trapped by the very sanctimonious promise they signed up for.

It was new for both of us.

In fact, it took us a while to navigate the early modern dating dilemmas. What started as an unspoken friends with benefits type situation ended up being fraught with the same questions and insecurities that tend to boil beneath the surface when both parties don’t know 100 percent what they want and don’t know what “rules” they’re playing by.

Add to this a potent physical and mental connection and the “who cares less” game. Confusion ensues.

The turning point really came when discussing the Buddhist principal of loving without attachment. It was something that I had read a lot about. It resonated with me. I understood it conceptually but wanted to practice it in regards to an intimate relationship. For me, it didn’t mean not caring or not loving—in fact, quite the opposite. Loving without attachment meant allowing myself to love fully and unconditionally without expectation. It also allowed my partner to open up and not have to worry about holding himself back for fear of hurting me.

As we both practiced letting go of expectations and enjoying each other’s company to the absolute fullest, we allowed ourselves a freedom to appreciate the other as an individual—not taking each other for granted—and build a real intimacy.

I’d been in a number of relationships over the years that felt quite controlling. I’d been cheated on. He lied; I lied. There was hurt and attachment and power struggles and pain and expectation on all sides.

I didn’t want to have another immature relationship. I’d reached a point where I felt I’d done all my healing work. I din’t have resentments towards exes; in fact, I was grateful for all the lessons I’d been able to learn and grow from along the way. I was happy to be single and preferred that over being in an unhealthy relationship out of a kind of neediness.

It seems checking in and communicating openly really is the key.

Months after our initial conversations it became clear that we were still running on assumptions. We hadn’t agreed upon any boundaries (apart from the obvious: it has to be safe) or even If we would tell each other when we slept with others.

It might sound like it’s contradictory to set ground rules for an open relationship, but questions will arise that you need to explore and agree upon so that you feel comfortable. We agreed to let each other know If we had slept with anyone else, that it not be part of our close friendship circle and that it just be a one-off casual encounter. Of course we acknowledged that just because we had agreed upon this in theory, it’s still no guarantee that one of us might not go outside these rues or want to explore something further with someone else. In which case we would accept that too.

There are no safeguards in relationships, whether you’re married or not.

Every relationship—regardless of whether you’re practicing monogamy, polyamory, or openness—is unique to the couple. Some couples prefer not to know about their partners interactions with others; some want to ask many questions. You can still be dishonest in an open relationship If you’re not being honest with your partner with regards to the boundaries you’ve both agreed upon.

Although I had been mentally preparing myself for the day one of us would have to have the, “I slept with someone else” conversation, I still had a moment where my heart skipped a beat when the time came.

We spoke rationally and maturely, and I thanked him for telling me. I had the chance to ask anything I wanted, although I didn’t want many details. While I was fine with it, it still brought a twinge of jealousy to the surface in me. I made a few silly jokes about the whole situation, but generally I felt we were non-reactionary and open and had made it through the first hurdle of this.

It wasn’t until the next day when I had time on my own to process exactly how I felt.

I was somewhat surprised when I felt the need to cry. I needed to let something out and not deny it. I felt much better to give into how I was feeling in that moment. We can imagine how our reactions will be to certain situations, but never truly know until we are there.

The cathartic act led me to question why I was reacting in this way.

Was it a reminder of past hurts? Feeling insecure about myself and my value? Fear of a perceived loss (my partner)? Ego?

It all lead to attachment. I processed this all over the course of my day and really came full circle. I worked through and rationalised my feelings. The act really didn’t need to be taken personally. It was nothing to do with me—just my partner’s own exploration with my blessing.

Obviously it’s still early days, and as we progress through this new relationship model we may change our boundaries. What is a given, though, is that we will learn and grow from this experience.

As long as we’re regularly checking in with each other and showing respect for each other’s opinions, I see this as a healthy, honest way of communicating and relating that really paves the way for a deep, conscious understanding and exploration of a relationship.

More Sex with More People: The Good, The Bad & The Ugly of Open Relationships. 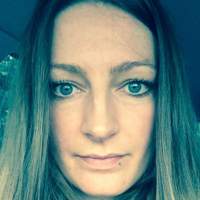