One Simple trick to Reclaim our Lives.

Love and life are such subjective and broad terms that it seems they engulf everything and there is nothing that can sabotage them.

I believed this until I moved one thing into our bedroom that began to slowly erode our love life.

It happened two years ago when I moved with my husband to a remote island in Andamans. It was a beautiful place. Our daughter was six months old and the sunshine of our lives on that serene, pristine island.

Life was full of love. My husband immediately reported for work while I busied myself in setting up the home. Days passed and months went by. Then it began to hit me slowly. What do I do when he is not around and my daughter sleeps throughout the day?

My bedroom had a lovely view of the backyard from the window and thus, I never wanted to step outdoors. So, I brought it inside.

It seemed so exciting initially when I would lay on the bed watching my daily soaps, movies and musicals all day long on TV. Slowly, my husband joined me too.

Before the TV moved into our bedroom, he would watch news for an hour or so and come to the bedroom where we talked until we fell asleep.

Now that the monster was here at my behest, we would spend half of the night awake like owls watching anything from crappy fashion shows to even crappier B-grade movies.

TV had conveniently and steadily taken over our conversations.

It had such powerful impact on us that as soon as I woke up in the morning, I switched it on the music channel to rejuvenate myself. An hour later, my husband would wake up and shuffle through channels for the world news. Who knows what happened in the USA while we slept? TV knows.

My daughter was now a toddler and she started finding keen interest in cartoons. She is a fussy eater, so I would put on the cartoons while I fed her. This worked well for both of us. She got her dose of ‘Pogo’ and ‘Nick’ and I got the satisfaction of feeding my daughter.

Without our knowledge or realization, the TV had us as its slaves. And we were, happily so.

Until, I began to feel a void.

I talked to my husband one day about our respective addictions to the TV. I was glued to Ekta Kapoor’s daily soaps, my husband was hooked on the news and Discovery channels and our daughter insisted on watching cartoons all day long.

That night as I switched off the TV, we discussed how it had silently and even dangerously crept into our lives. Both of us agreed that the TV had to be removed from the bedroom.

The next day, I banished it to a room that was empty with the exception of a table and two rickety chairs.

Our addiction to our television set brought us to this room several times but the room didn’t have the comforts of a double bed, proper lighting or decent seating. It was no longer a luxury or good pastime now. It had become a pain in the back and the neck.

With time, as our addiction waned, our conversations grew.

Last year we moved to New Delhi to a new home and bought everything to furnish it with the exception of a TV. Initially, we delayed buying one to keep our budget under control but after spending two months without one, we decided we didn’t need it.

One year later and we are still television-free. Nor do we plan to have another one.

Without a TV, our home sounds so much better. It echoes the sound our chatter but no advertisements. As soon as my husband comes home from the office, my daughter rushes to him to greet him and hop onto his lap and he moves to the bedroom to hear her stories before she dozes off.

Once she is asleep, my husband and I have hours of time to us. No TV, news, songs or soaps. Just Us.

Our personal time has returned and here are the benefits:

No commercial overload: The repetitive advertisements that constantly portray the larger-than-life FMCG products have a psychological impact. Now that I don’t watch ads on TV, I don’t know which new shampoo has come in the market or which new face cream removes wrinkles.

Yeah, I’m aware of the new Macbook because I read about it in the newspaper but I am spared from the overload of constant television ads.

Good for our child: My daughter no longer gets exposed to television media. To keep her engaged, I read her books. We draw things and she organizes her room once in a day. Unlike many other kids, she does not use slang or adult language at this tender age. She speaks like a healthy five year old.

Less screen time means better health: We hardly realized the side effects of excessive TV watching. Laying on the couch or the bed with pillow underneath the back and neck and watching TV in low lighting is possibly the biggest health hazard in anybody’s home. This posture not only strains the neck and spine, it also adversely effects eye sight and eventually leads to disruptive sleep, interfering with overall health.

Not having a TV in the bedroom has made our bedroom a place of love, coziness, cuddles and conversations. And you know the best part? Our bedroom now feels like a much more private place without having a screen watching over us from the corner.

Social Media and the soul: Finding The Balance 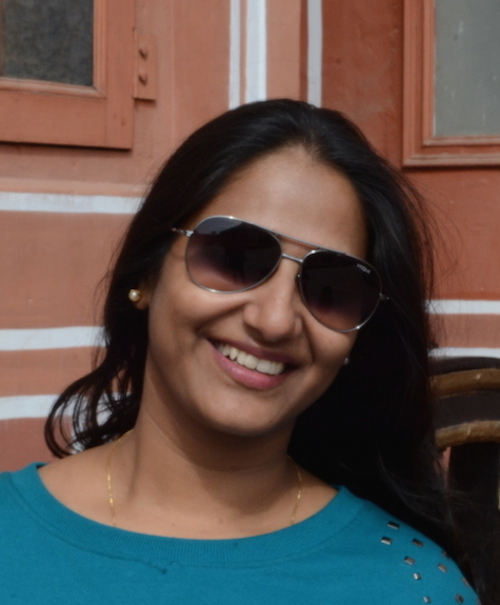