The Addiction that No One is Talking About. 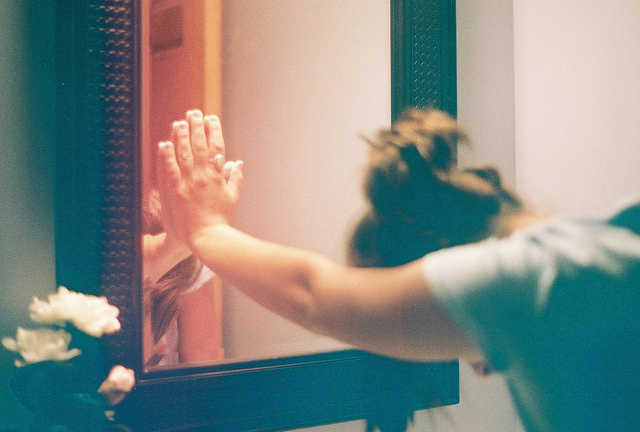 As children, we are born natural learners.

The world is new, big and beautiful and we want to learn about everything that we see. We want to understand why water falls from the sky, why animals have fur and we don’t, why some people get sick and why we can’t help them.

But as we progress in life, some of those natural yearnings go away, because we’re not focusing on things that entice our imaginations to help us think, explore and grow.

Instead, in today’s reality, we’re expected to fight through life—to toughen up—and to let go of this “freedom”—that is to learn. Everyone deals with that differently, some people lash out, some people retreat; some seek human connections, while others turn to drugs. These all could easily become addictions, but those aren’t the kind I’m talking about.

We, in fact, have a problem. We have an addiction to labeling.

As a society, we’ve become so accustomed to labeling one another that we don’t even realize when we’re doing it in conversation. I know, because someone pointed out that I labeled someone this morning and I had done so, without thinking.

It’s second nature to us. Sure, some labeling is done on purpose and we see that heavily in the media, particularly, when someone is trying to make a point, but nevertheless we are constantly labeling each other in conversation.

We use these labels in day-to-day conversations and we don’t even think that we’re labeling people. We simply don’t take notice. We automatically accept these things as “natural” and “okay” and once we put a person in their “category,” we write them off, completely. After all, we’re suppose to fit in this nice little box that society has spent all this time carving out for us; and if we don’t fit—then there’s something “wrong” with us—and after being deemed an “outcast,” the labels just pile on.

So, how has this become an addiction? We have begun to use labeling in our every day lives, obsessively.

More often than not, we’re doing it with the intent to hurt someone else. We’re also doing it, because it’s easier to stand behind a label and hide, than it is to call someone out on their bullsh*t.

We’re afraid how someone will react and, therefore, keep quiet on topics that matter, because everything needs to be correct—and everyone needs to fit in a pretty little society-built box.

Take politics for example. We think one thing is okay to do and say, simply because that’s what our supposed political party (as a whole) believes. And then we fight for it—standing behind the label of “Democrat” or “Republican,” etc., and think that that makes it okay. It gives a party a reason to feel the need to belittle women and get away with it, it gives a party a reason to call another group “arrogant, and unintelligent.” But, see? Those are all just labels, but ones that have been used as weapons.

Just because one person stood up and outraged the entire country with their thoughts, doesn’t mean that everyone of that party thinks the exact same way. That’s the unique thing about human beings, we all think alike just as much as we all think differently. You can’t base your entire perception of one “group” off of one person’s publicized thoughts. Not everyone who is apart of a “party” has the same platform to communicate. Not all of us get TV time. Not all of us get debate time. Not all of us have 4+ million followers on Twitter.

However, we forget that. We forget that people’s thoughts are just as unique as they are. Slapping a whole group with a label puts them in a little box where we can then put the labeled out of sight and out of mind. Labels are, after all, incredibly powerful—they act as both a shield and a weapon.

We use the same words to categorize someone that we do to hurt them. “Us, them, we, they, male and female,” these words are used every day—but now, now they are turning into attack words. “It’s their fault that x is happening. It’s his fault because he’s a guy and men think like that; it’s her fault because she’s just a girl.”

But it’s what we do on the daily. We feel better when we have someone to blame because accepting responsibility for the things that we have done wrong, seemly is becoming much harder. We live in a society that prefers pointing fingers rather than dealing with the consequences.

This extends far beyond just politics; this labeling behavior is found everywhere in society. We use these labels in newspapers, in schools, in research, to bully people of various ethnicities, to enhance racism (to name a few), and to encourage hate. Hate is taught. But so is love. However the act of love and compassion is often ignored, because we seem to prefer to live in this cutthroat-styled world where it’s easier just to hate everything. Taking the time to understand a person on a interpersonal level is considered to be too much work.

It boils down to an individual and how much they want to learn and understand.

In today’s society we also are too rushed for all of this personal stuff. We don’t take the time to get to really know one another and we often forget to take the time to actually live. In turn, we are also too rushed to learn—something that we were born to do. Instead, we sum someone up in a glance, we tell them “no” before we hear the whole story, turn away from political parties before we really understand their angle and do the research, shy away from “hot button topics” because we’re too busy for a good debate, and discourage others from loving who they want too because we’re too busy to open our minds.

We’d rather stick with what we already know and believe in, because we don’t want to question anything. We’ve accepted things for what they are and how they are and we don’t have time for change.

We need to get in touch with our inner child again and find that childlike yearning for knowledge and understanding. What if we didn’t label everyone else and took accountability for every single thought and word that exited our mouths?

What if we took some time off, took the pressure off of the “busy” and really allowed ourselves to become those child learners again?

What if we actually sat down and wanted to learn more about something and examined it the whole way through? What would happen to us? What if we could kick our addiction to automatic and harsh labeling?

We would have to make a change and a dramatic one at that. We would have to become conscious of our words and our actions. It’s hard, but not impossible. It’s amazing to think about, really: what a truly different world we could live in. 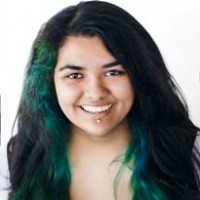