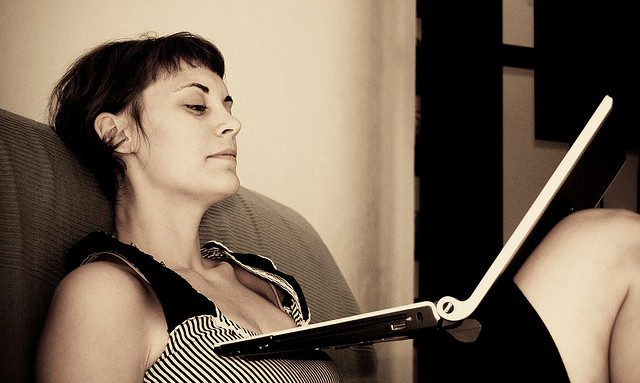 In 1984, I was a 6-year-old bunny rabbit in Snow White and the Seven Dwarves at my local Y. I had one line—“It’s a girl!”—that I only knew when to say when the stage had fallen silent for a minute or so.

I wasn’t bit with the show business bug right then, but it didn’t take long until performing consumed me.

One of my greatest accomplishments is, and probably will always be, getting accepted to NYU’s Tisch School of the Arts musical theater program. I thought my future as a working actor was pretty much guaranteed from that early acceptance letter, and I was so excited to start pounding the pavement I graduated an entire year early.

While I had my share of paid performance gigs ranging from cruise ships to extra work on SNL to off Broadway musicals, I came to terms with the fact that my lifelong dream no longer served the grown-up me.

After a period of grieving (I compare it to losing your best friend and your right arm at once), I set out to discover “what I wanted to be when I grew up” at the ripe old age of 29. Because I had spent my adult life trying to make my passion into my career, it was unacceptable to me to think of myself in a job I didn’t enjoy for the 36 working years I had ahead of me.

So, I enrolled in a career change course and discovered life coaching. It didn’t fit any of my grown-up boxes, like getting benefits or a regular paycheck or a 401K (all mythical things to an actor). However, I couldn’t deny the fact that being an entrepreneur fit my goals, and that I was passionate about becoming the coach I needed at the time—someone who worked with creatives on their career transitions.

That was in 2007. From that summer through March of 2010, I worked as an Executive Assistant while I got certified and built my business. I’ve been The When I Grow Up Coach full-time since then, and pinch myself repeatedly that I get to do this work as a real grown-up and have it pay more than I made when I worked that “stable” job.

In hindsight, I realize there were three pillars that allowed me to follow my dream career—twice:

1. Follow your lifestyle goals instead of your “bliss” or “passion”. Sure, I’d say that I was passionate about musical theater and performing, and that I’m passionate now in spreading the gospel that you can make a grown-up living doing what you love. But really, the goal is to wake up in the morning, run through your day in your head, and look forward to the vast majority of it. That’s it! If you’re working on things you enjoy with people you enjoy being with, and you still have time for the things that are most important to you (i.e. meeting your kids off the bus, daily runs, frequent traveling), then you’ve hit the dream career jackpot.

2. Recognize that dreams do change, and be kind to yourself when you’re forming a new identity. When we’re young, we’re asked what we want to be when we grow up, and we’re conditioned to give one answer. You never hear, “First I’d like to be a truck driver, and then I’d like to be a rock star, and finally I’ll be the President!” You’re supposed to pick one thing and stick with it. I remember a diary entry I wrote at 19, when I was an intern at a summer stock theater with adults in their 30s and 40s. I wrote then that I can’t wait to be them—a working actor getting paid to do shows! Less than ten years later, I realized I didn’t want to be a 40-year-old waitress/temp/office manager who got paid $400/week to do Grease in a barn in New Hampshire. It wasn’t my dream any longer, and I had to reconcile that and be kind to myself while I explored who I was if I wasn’t the wannabe Broadway Baby.

3. Take your time, because baby steps build the strongest foundation. There’s no need to rush the process, because shortcuts wind up shortchanging you. When you have the expectation of making these big life transformations overnight, you’re setting yourself up for disappointment. It took me two years and seven months from when I started my coaching program until I was able to quit my job. If I took the leap before I was ready, I might not have built a business that has supported me for five years and change.

If you rewrite the story you’ve been told throughout your childhood, and create a career around who you are now instead of who you think you should be (or who you’ve been!), then you’ll always walk on the path of no regrets. Keep following the scary/exciting and trust in the fact that work does not have to be a four-letter word. 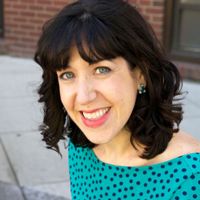