Beau: a Love Story that Ended too Soon. 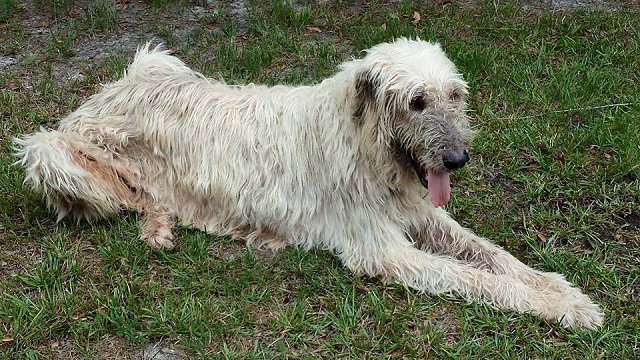 There are so many dogs and cats in shelters, that most shelters are at the point of bursting.

Being a lover of all things furry, I decided to sign up to be an animal foster-mom for the local ASPCA. I patiently waited for that magical phone call, and when it came I was thrilled.

It was love at first sight, and I immediately posted the following to my blog:

“A few days ago, I was called up by the local shelter, with the intent of me taking on a foster dog. I thought it over for a day, then decided to go down and check him out.”

Gypsy—who it later turns out was actually named Beau—was a sad story.

He was an 8-year-old Irish Wolfhound, who was 20 pounds underweight. He was matted, smelly and—due to a lack of nutrition—very weak.

Never in my life had I seen such a large dog in person. His head was at breast height, and I’m certain I could put a horse saddle on him. I had some worries about taking on a project like this, especially since he could “kick the bucket” at any moment. But when I looked into his eyes, there was no way on this earth I was going to leave him behind.

After the feat of getting Beau into my car (you can only imagine that sight), and a short drive home, Beau found himself standing in the middle of my living room.

The first day was interesting—Beau was unsure of his surroundings. He had very little appetite, and I was sure he wasn’t used to dealing with a preschooler or with farm animals. But luck was on our side—just a few hours after being introduced to everyone, Beau finally ate some food and realized that he was in for a lot of love.

The next few days went by quickly. Beau was eating (like a horse), and he was very happy. His strength was coming back, and he seemed very excited about it. He was starting to fill in, ever so slightly.

Besides wondering why I was letting a horse into the house, the other animals seem to like Beau as well. His nature was so sweet and loving that it’d be hard not to fall in love with him.

“Even though Beau is a ‘foster dog,’ he is part of the family and will become officially adopted once he is suitable for adoption status. Until then, Beau is working on becoming a wonderful (and spoiled) farm dog and I’m here to make sure he is as happy and healthy as can be. Together we make an interesting combination, but hopefully we’ll be an interesting combination for years to come.”

Five days after this post went up, Beau passed away. To say I was heartbroken would be an understatement.

That horrible day, started like any other—Beau ate, played, slept and ate again. You get the idea. Then he went out for his evening walk, as usual. I heard him wander up the front porch steps and wait by the door to come in. He was breathing heavier than usual and looked suddenly weak. I let him in and ran to get some water. As I turned around, Beau laid down on his carpet by the door.

He looked at me.

He put his head down.

Beau was gone, and I couldn’t process anything—not what had just happened, not what to do, nothing.

Over the next few hours, I sat with Beau, while we waited for the shelter to pick him up. I cried and held his paw, thinking about how little time we spent together, and how I would do anything for him to wake up. I could only take comfort in the fact Beau was given a wonderful last few days, and he went in absolute peace.

After some time had passed, I realized that Beau gave me something that can never be forgotten or replaced. Beau reminded me of the unconditional love that comes from a dog, especially a shelter dog.

He was old and smelly and shaggy—but he loved. He loved so much, despite his abusive past.

Beau came into my house and made it a home. He was a shining example of why I—and society as a whole—need to continue to foster and adopt animals, senior animals even more.

These animals need homes, and they need love. But don’t worry, you’ll get plenty of love in return. Although Beau will always hold a piece of my heart, there is still plenty of room for future (furry) family members. Because that is what these shelter animals are—family. Not just pets.

Although I don’t have any other foster animals at the moment, I will always be ready to give a lonely, lost animal a second chance at happiness and love. Most importantly, love.

Another Good Reason to Adopt a Rescue. {Warning: This Video Will Break Your Heart.}

Ode to Joy: Shelter Dogs Going to Their New Homes! 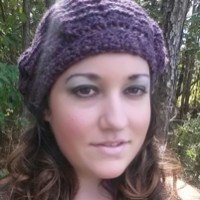