Death of the Deep Blue: 6 Steps to Avert Disaster. 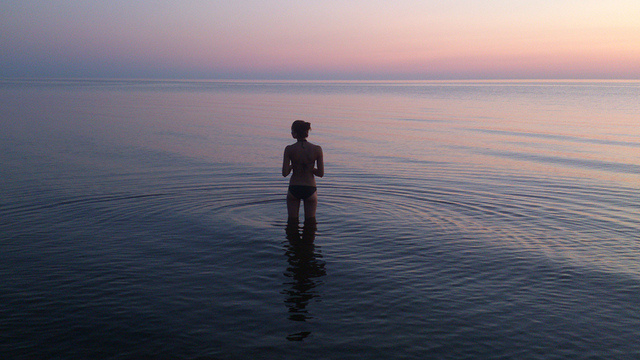 I dove 155 feet underwater in a single breath. My arms stretched out wide; I glided gently with long kicking fins until I was at about 70 feet. There, buoyancy was defeated by gravity. The sea pulled me down, down, down, like a lover. Everything was quiet. My heart rate stilled.

I watched as thick black fish with silver scales slid past me. I felt alien and strange in this underwater planet. At depths that my lungs and brain could never fathom, unknowable creatures perpetuated an ancient cycle of life.

Those of us who spend the majority of our time on the surface may think little about how we benefit from the ocean, but when you dive to the depths, it is unmistakable. The ocean is life-giving, and inside of her, I feel humbled.

Freediving taught me to have reverence for the magic that is the ocean. And, that is why I’m terrified by the new reports released by the World Wide Fund for Nature indicating that nearly half the world’s marine animals have been wiped out in a single generation.

The Statistical findings are alarming. The Sydney Morning Herald reported on the Living Blue Planet Report that there was a “49 percent decline in marine vertebrate populations between 1970 and 2012. And, for some fish this figure was almost at 75 percent.”

I was born in 1975, and in my 40 years on Earth this report indicates that we have almost wiped out and destroyed our marine life populations and the habitat that they once thrived in.

I love the ocean. Passionately.

The other day, I paddled out to sea on my nine-foot board. The air smelled like salt, and the warm water ran itself against my skin like a million fluttering kisses. I felt supercharged and alive by the molecular gift that is the ocean. I sat astride my board and watched the sun trace patterns against the welcoming waves.

Suddenly, I saw a flash of black against the horizon. I raised up on my board and met with magic. A pod of dolphins breached the water, arching their backs and leaping forward. They chased one another not more than 10 feet from where I sat as still as Stonehenge. I marveled.

This was a gift. This was worth protecting.

Dermot O’Groman, CEO of WWF-Australia, stated that “Overfishing, destruction of marine habitats and climate change have dire consequences for the entire human population, the poorest communities that rely on the sea getting hit fastest and hardest.” Paddling to shore that day, I found trash littered on the beach and SUVs and Hummers idling loudly in the parking lot. I picked up deflated helium balloons and filled a garbage bag. I wondered what else I could do to make a difference.

Both governmental and private sectors need to take a good hard look at their business and institutionalized practices and make a deep and lasting commitment to environmental conservationism. We as thinking, feeling citizens of this planet also need to do our part.

Here are six simple steps that we can take today to help mitigate the devastating impact we are having on our planet’s most beautiful ecosystems:

1. Lobby and cast our vote for both local and national politicians who have a proven track record of environmentally sound and supportive policy that concerns itself with conservation.

2. Mind our energy consumption and take steps to reduce the carbon footprint we leave on our precious planet. Biking instead of driving, recycling, lowering thermostats and changing to compact fluorescent lights are simple things that, on a grand scale, could make a huge difference.

4. Make informed choices about the seafood that we eat. Do not order dishes that include fish species that are being depleted at rapid rates.

5. Lower our consumption of plastics, which end up as ocean debris and kill tens of thousands of marine life, as well as clog up and destroy the natural habitats that sustain that marine life.

6. Protect our beaches! I dove down to the depths where sharks and starfish lie. I have surfed amongst dolphins and seals and turtles popping their small shiny heads up as I fly by. I have returned again and again to the shoreline, for fun, for solace, for spirituality. It is where my heart lies. I worry that, someday, my daughter will want to paddle her still small arms out to meet the great ocean, and she will be deprived of these same magical experiences.

The WWF report is a call to action, and it is one that we can answer, quickly and efficiently, each one of us doing our part to save the grandeur and mystery that lie below. 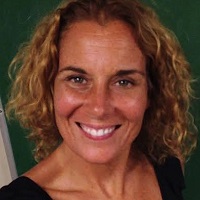