How I Learned to Be Naked. 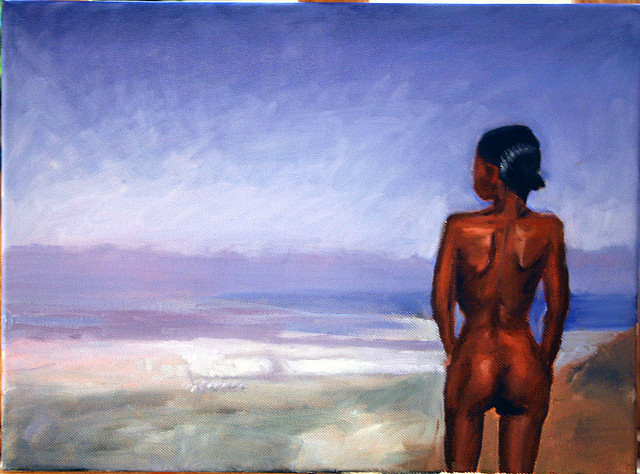 How Travelling Helped me to Embrace Nudity

Back in 2001, I went travelling around Europe with one of my dearest friends. One of our first destinations was a valley in Croatia, which was hosting the latest Rainbow Tribe gathering.

As we arrived we were welcomed home in a warm embrace by someone in the buff.

Prior to this, the only place I was ever naked was in the bathroom and the bedroom. Strangers I normally greeted with a handshake and a “How do you do?”

Suffice to say a blush didn’t leave my cheeks for the entire 48 hours my friend and I managed to last at the gathering—a blush that only reddened as we stood in the kitchen one morning, chatting with our fellow carrot cutters and trying to avert looking south.

We thought we were doing okay until one morning whilst washing in an ice-cold stream, a large naked woman with a magnificent rising bush approached us and asked us to bathe her. She passed us a bucket which, not wanting to offend her I dutifully filled and poured over her. After which my friend and I fled to the land of the clothes wearing people.

Moral of this story: Clothes, I’m not ready to leave you yet.

Fill in the next eight years with yoga, dancing, reading, meeting, travel and one striptease lesson and my body and mind were relaxing a little. So that that tenacious hold on my clothes was started to get a little looser.

Around Christmas in 2009, I travelled to Hawaii to practice yoga with Danny Paradise, one of the west’s first Ashtangi’s.

After morning yoga sessions I’d head over to the water, strip off my clothes and lie in the sun and swim. Although being fully naked felt too radical for me, it felt liberating to be outside without my bikini top. I liked feeling the water wrap around my upper body as I swam in the sea and I enjoyed the feeling of lying on the sand with the sun warming my body and best of all: no bikini marks.

Two years later, I spent three months in France unlearning how to be a yoga teacher. After a morning of yoga we would head to the pool to bathe like hippos. The thing with hippos is that they don’t wear too many clothes. So for the following three months I got to experience nakedness in all its innocence as body and I hung out learning to relax without clothes on.

It was also during those three months that I took part in circles where us women would stand in front of other women and talk about the parts of our body that we felt ashamed about and also the parts that we liked (!) which was terrifying and challenging, healing and liberating and ultimately resulted in some kind of internal softening about the very brutal way that we relate to our bodies.

That was also the summer that I hung out on a nudist beach in Corfu where I went for a week to assist a Tantra workshop. What had felt scary at first (Oh Christ, nakedness) started to feel incredibly relaxing…even natural.

And this is where one of the paradoxes of being nude arose: because somehow being naked and in the company of others who are also naked, you don’t really care how your butt or breasts are looking. Whereas—and of course this is just my experience—when I’m in a bikini I’m worrying if my breasts look too big, or if my waist wobble is wibbling too much and I am constantly fiddling and middling,

It isn’t the most relaxing of experiences.

But when I hang out on a beach where clothes weren’t needed, I feel much more relaxed in myself—the waves don’t give a damn about the dimples in my thighs and the sun doesn’t look away in shock at how large my nipples are.

The sand isn’t going to recoil because our top lips are too hairy or someone’s penis is small.

In fact: nature doesn’t give a damn at all.

It’s only us that do.

And so this is for everyone learning to accept their bodies in the face of some serious adversarial freakery. It’s for you gorgeous mothers for whom gravity has proved that, yes, all things do fall south just a little bit more swiftly and permanently then we were hoping for.

It’s for all those rising after the operations and accidents, wars and butchery that have changed the landscapes of your bodies from what you thought was you to who you are now discovering is still you—just an altered you. It’s also for you, whose bodies have been used and abused by others who had no right whatsoever in doing what they did—and for every courageous relentless step you are making in claiming back your right to be present in your body.

And finally, this is for you: every woman and man moving step by hesitant step towards not only accepting your bodies, but maybe even rejoicing in them. Because rejoicing in our bodies is something we so rarely get encouraged to do. Make ‘em thinner, fitter, healthier, maybe.

Accept them for what they are, right now?

Except for most of us, it’s not. 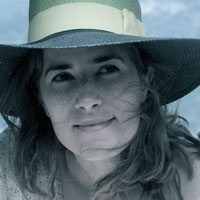