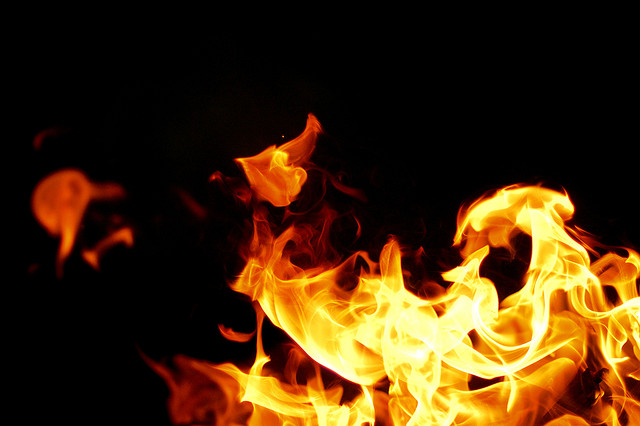 It’s as though time has been spinning around itself, in a grueling, exhausting, dark and endless staircase.

Dismal photos were lurking in every corner. The smoke of myrrh was in the air, and the window was dark—the curtains open at nine in the evening, in the middle of winter.

Blood shed on the bed, on the pillow, on the floor, in the hospital—that place where you breathe gray air—where people are nothing but bodies that rarely shine a shred of light from their eyes.

The steps were slick, wet and stained. Pictures fell down over me, and I could only think about the pain, about how much you had to bear. My soul was writhing in pain—restless and skeptical, resisting to listen to the stories of those pictures falling. Falling, with a brutal weight on my back, forcing me to collapse, violently—inevitably breaking my back and drowning my strength.

“I’m not strong, I am not capable, I can not resist any longer. My mother’s cancer has killed me as well”.

As I contemplated these thoughts, picture frames, bricks, nails and those stupid photos kept chasing me.

The walls of this dark tower were crashing. Windows exploded—making me fall head over heels, again and again, until I reached the ground—the very bottom of those stairs, in that gloomy tower,, where I had already fallen so many times before.

“I won’t keep doing this. I will not walk this path ever again,” I repeated to myself, as I tried stand, with difficulty, as my hands were wounded with bits of glass and stone.

I removed the bits of broken frame and canvas from my back and looked up. There were still some of those old memories hanging, and some still falling and breaking all around me. I picked up a photo—it was one of the terrible ones—my mother frightened, before her catheter surgery. Coughing and sneezing from all the dust, swirling in a beam of sunlight shining in from the outside, I lit the photo on fire and watched it burn.

Fire has quite a strange power—it was transmuting the horrific image into beautiful, magical bright sparks floating up into the air. I just set fire to the one picture, but the fire seemed to be unstoppable. It was as if that photo had been drenched in oil—as if the fury in my soul fueled it.

I burned that whole damn stairway full of hideous pictures.

The alchemy rose, becoming dust and multicolored gas that lifted me slowly, like magical and powerful incense. And as I floated upward, flames caressed my feet, until my hands slowly started to reach the highest walls.

The fire grew vigorously, and with a noisy, colorful explosion, I was expelled out—far away from that dark tower, where I’d been trapped for years, away from fresh air and sunlight, detached from the outside world.

As I soared upward, I watched that dark tower crumble down, amid violent flames and black smoke. I looked up and felt the warmth of the sun. I felt raindrops on my skin, and I breathed in fresh air.  Then I started to freefall, but I didn’t even care where, or on what, I was going to fall on.

I was finally free.

I bounced on the grass and rolled until the inertia stopped me.

It was all painless—this world welcomed me with great gentleness and kindness.

I was delighted to see the vibrant blue sky and bright white clouds floating across  it, when I heard a familiar voice say, “Everything will be fine from now on—just be free.”

And that’s exactly what I did.

The Fire of Change & What Gets Burned. 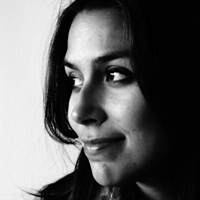