Someone with Answers: Why I Follow a Spiritual Teacher. 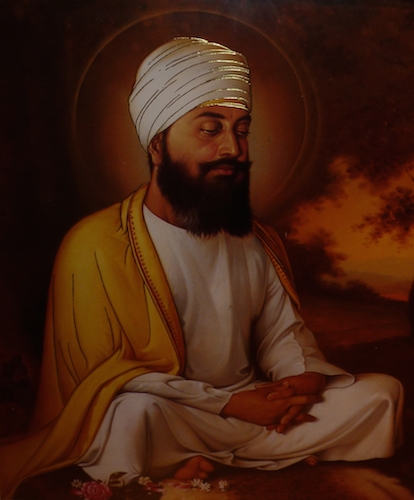 I was in conversation with two people who were adamant that life is a series of questions and that anyone who claims to have answers is either deluded, gravely simplistic or a charlatan.

My experience has been something else entirely, but I had no desire to argue with them.

Later, I mentioned that the book I have just published, Learning to Eat Along the Way is about how I met an Indian master of meditation some four decades ago and decided to follow this swami.

Astonishing things came up for me along the way, and how glad I am now that they did.

They were relieved to hear I was no evangelist about my views though, and we changed the subject.

Only now does it occur to me that describing my journey as a path implies that the way is charted well enough to follow, but in truth this can’t be said of the inner terrain.

It’s understood in any process of self-discovery that we’re setting out to explore ourselves, but this doesn’t mean what we’re doing is familiar or that it’s easy.

What we encounter on the spiritual path is our own complicated and devious mind, what yogis call the ego—our sense that we’re someone special. This includes our hidden tendencies and concepts, our murkiest desires, our most closely held secrets, our unacknowledged fears, all our blind spots, images we have no recollection of encountering before—and all of this is held up to the light of our awareness.

Put in this way, it sounds tortuous.

Why would a sane person embark on such an endeavor?

For one thing, it feels wonderful—filled with wonder!—to release even a bit of that morass of inner shadow and come into a sense of the Real. To discover our identity with the whole universe. And when you meet someone to guide you on the path, someone who has him or herself gone the distance—someone with answers, this makes it all more possible, appealing and exciting.

Certainly, there are perils involved in choosing a spiritual teacher.

When I first met this swami, I asked him how it was possible, with so many spiritual teachers around, for an ordinary person to tell who was for real and who wasn’t.

Spend time with him, he said. Follow his teachings. If you grow, you’ll know you have a real one.

That was one yardstick I used—for a while, anyway.

After a few years, I was grappling with inner demons so fierce—infatuation, anorexia, bulimia—it seemed that, rather than growing, I was diminishing. By then, however, I understood these were my tendencies, my patterns of mind, and that I would have faced them anyway. So, in this harrowing situation, I trusted my teacher and, I think because of this trust, in time I reached a place where I could trust my own mind.

In her insightful book The Guru Question, the psychologist Mariana Caplan writes,

“Conscious discipleship involves offering discriminating trust to the spiritual teacher. We may take as long as we need before we are willing to give our trust, but until we do, we will not reap the rewards of our efforts.”

Caplan begins her book with the observation that in the Western world “we have not learned how to learn when it comes to the knowledge of the soul.” We have been educated to use the mind in the pursuit of science and mundane skill-sets but most of us have received no meaningful instruction on exploring the heart, increasing our sensitivity or cultivating an inner life.

It is not surprising then that the idea of having a teacher for the soul is foreign to most of us.

The spiritual teacher is a phenomenon of the great master traditions of the East—Buddhism, Vedanta, Shaivism to name a few—and the shamanic religions of many indigenous peoples throughout the world.

In a culture as individualistic as ours and with our recent history of spiritual teachers who have not measured up to their own standards, it’s no wonder that many of us are skeptical of accepting a teacher. Yet, as the swami I followed used to point out, the very existence of charlatans makes it clear that some teachers must be authentic. The charlatans have to be copying someone!

Caplan’s book raises the point that what is missing in our culture is not true teachers but what she calls “conscious disciples,” true students. It’s the student’s capacity, focus, interest, willingness and openness to the teacher that mainly determines what he receives from that teacher.

Think of a standard school classroom with one harried instructor and twenty or forty students of varying interests, abilities and backgrounds. In spite of the teacher’s skill, attention, preparation, compassion and whatever else she might pour into her classes, every student is going to learn at a different level, depending on what this particular student brings to the process.

Whenever we learn anything—a language, a skill-set, a sport—we ourselves do the work of learning.

And with lessons of the heart, there is yet another dimension involved, for the most significant lessons are delivered in silence. To receive this kind of teaching, the student must be perfectly attuned to the teacher—all systems open.

There is a pertinent story from the Zen tradition in which a disciple receives wisdom by watching his teacher, Gautama Buddha, silently admire a flower he is holding. The other students watch, not knowing how to react, but one student smiles—and his smile is enough to show his teacher that this student had gained subtle understanding.

Ultimately, what is received from one who has answers has little to do with words.

Who is Your Teacher? A Guide to Finding Your Guru. 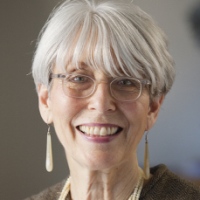