The Question I have for Kim Davis. 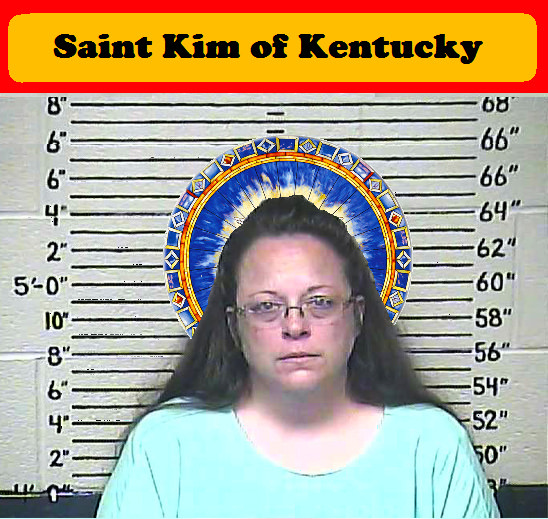 *Eleditor’s note: Elephant is a diverse community of 15 million readers and hundreds of writers (you can writetoo!). We are reader-created. Many blogs here are experience, opinion, and not fact or The One Right Point of View. We welcome all points of view, especially when offered with more sources and less invective, more frankness and less PR. Dislike this Op-Ed or opinion? Share your own take here.

Some people come into our lives just to show us who we don’t want to become.

If you don’t know who Kim Davis is, she’s a Kentucky clerk who is refusing to give out marriage licenses to gay people, and it is now officially illegal for her to do so.

Something she said in an interview has stuck with me. She made a statement about how her reasons for refusing to give out marriage licenses to homosexuals was based on where her soul would end up. It was a question of if she would go to heaven or hell. She isn’t concerned about the court laws, because she is afraid of punishment in hell.

After you become conscious about fear, it becomes predictable. Fear shows up when you want to choose something that is aligned with your authentic-self, over something that your ego wants.

The question I want to ask Kim is: If God said to you, “Kim, what do you want to do? I will love you either way and I promise I won’t punish you for your decision,” what would you decide to do?

I am a firm believer in not making decisions based on fear. But it took a while to get there.

Back when I was in fifth grade I had a staunch fear of hell. Quite frankly, I’m not sure where it came from. I owned every cartoon Bible my grandmother could find, which had friendly pictures with bright colors and what I perceived as loving messages. While I don’t remember my religious upbringing as being particularly fear-mongering, there was definitely a clear sense of right and wrong.

I was a particularly philosophical child, and I thought a lot about the invisible nature of things. I asked a lot of questions about how things worked in the afterlife. My mother and grandmother taught me about reincarnation. My grandmother would tell me stories about how she looked at me as a baby and knew that this was not my first lifetime. I wanted to know who I was before, and why I was here again. I wanted to know why I didn’t remember these things.

But in Christianity, there is also the idea of heaven and hell, and that when you screw up enough, you go to hell.

So I asked my mom if God reincarnated people who went to hell or just heaven? She thought about it and said she thought just people in heaven.

So I asked her, what happens if these people from heaven, mess up and go to hell? Everyone just ends up in hell?

It would be many years before I would be introduced to Buddhism. At the time, my mom could not give me a concrete answer to this question. This uncertainty troubled me. I really, really, really wanted to be good enough to go to heaven. So when I was 11, I started having really invasive thoughts about how I would never be good/worthy enough to get back into heaven.

That same year, I was bullied a lot. I had been picked on before, but it was taken to a new level. One of the girls in my class started calling me a lesbian, and the name stuck.

The whole class got in on it. The more I reacted, the more they taunted me. I felt like I was disappearing, because the more I spoke up, the more they shouted me down. I didn’t think I was one. I had a crush on a boy in my class. But I knew deep-down, that wasn’t the point. The point was that I was somehow less than human because of how I was perceived to be.

You see, it’s not the name that hurts. A part of me knew even then that even if I were a lesbian, that there isn’t anything wrong with it. It was the fact that my voice no longer mattered on the playground. The name was a stamp over my mouth.

My counselor’s response was probably one of the most effective responses to bullying I’ve ever heard. She came into the classroom, and asked who knew about the fact that I was being called a lesbian? She yelled at the class. A normally very sweet teacher put the fear of God into the kids that day. One of the girls, who started the name calling, apologized.

There are plenty of people across the globe who deal with much worse than having the word “lesbian” thrown in their faces. It can range from the mediocrity of ostracism to something out of The Laramie Project. We need more good guidance counselors, for the real world as well. It’s the same game as it was back then, it’s just that the playground got bigger.

So, ordinary humans bullying each other is bad enough, yes? Now add in the self-hatred and shame that arises when you believe that the Creator, the benevolent being who is supposed to be bigger, and more evolved than our human pettiness, also believes that you are wrong—and that s/he made you wrong.

It’s totally f*cked up. And to say it’s not cool, is an understatement.

Yet, that’s the message Kim Davis is sending. Because she is afraid to go to hell. She is afraid to question. These beliefs are exactly what we need to look directly in the face of and question. Because that is what it means to have free will, which the Creator gave us.

Not long after my experience of being called a lesbian, I told my mother that if God sent people to hell for being gay, then I refused to worship a God like that. She gasped. I shivered. But I meant it. And I still mean it. And if I got anything out of my experience of being called a lesbian, it was to know that the Creator has more compassion and love than humans do. And that’s for everyone, not just the people who believe what they think they’re supposed to believe.

Jesus didn’t bully people. He didn’t tell people to be different from who they were. And if he were alive today, he would be the one marrying those in the LBGTQ community.

When we choose to face our fear, we break its grasp on us. I am happy to say that my fear of going to hell did not last much longer.

What Mega Churches are Missing. 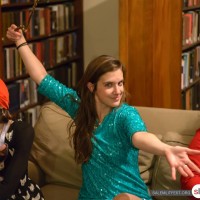