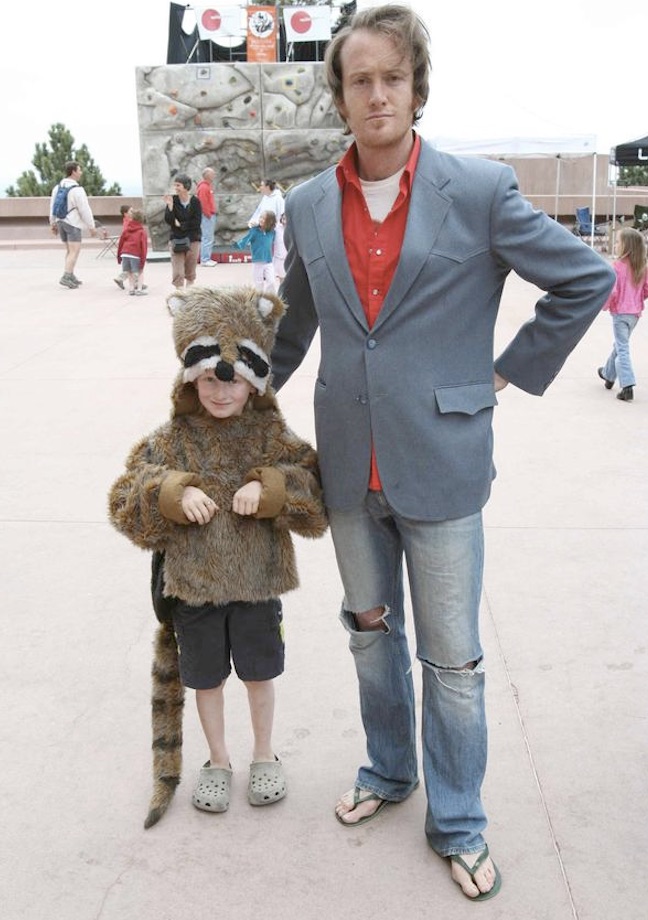 Elephant gets some hate (and love) for our coverage of all things, including sex. Inevitably, the Facebook algorithm (which basically shows you things that get a lot of eyeballs) shows you only our most popular stuff, which inevitably includes sex.

From time to time, we get some angry comments from our readers saying they’ll unsubscribe (we’re indie media, so that’s a death threat for us) and they hate elephant these days and we suck. While I have no problem with our covering sexuality as long as it’s fun, respectful, educational and de-tabooifying—sexuality is a part of life—articles about sexuality seem inevitably to be the object of most of our puritanical comment rages. That’s fair.

Here’s my response to a recent criticism. ~ Waylon Lewis, ed.

Our best content is not seen on Facebook. We post it, and it disappears–it doesn’t get the “clicks” because, I guess, of how FB is set up with the newsfeed/algorithm. Sometimes they’re seen. If you want our best stuff, go direct to the site or elephantjournal.com/join-the-cause for our free (curated) newsletters.

From a longtime acquaintance [I’ll just excerpt, since it is a private conversation]:

“I can offer to share why you recently lost me as a reader … on Facebook, I am always training to resist linkbait. You know what it is, it’s the videos of motorcycle wrecks or pics of some naked celebrity. White bread for the brain … somewhere in the last weeks or months EJ subconsciously crossed the threshold from something enriching to something time wasting. It seems that 75% of the articles I see are sex related. Now I know if I look at the mag, it isn’t. It’s probably what the FB algorithm is putting in my feed…

“Yesterday was “8 things you don’t say to a woman on her period”. Today is this: 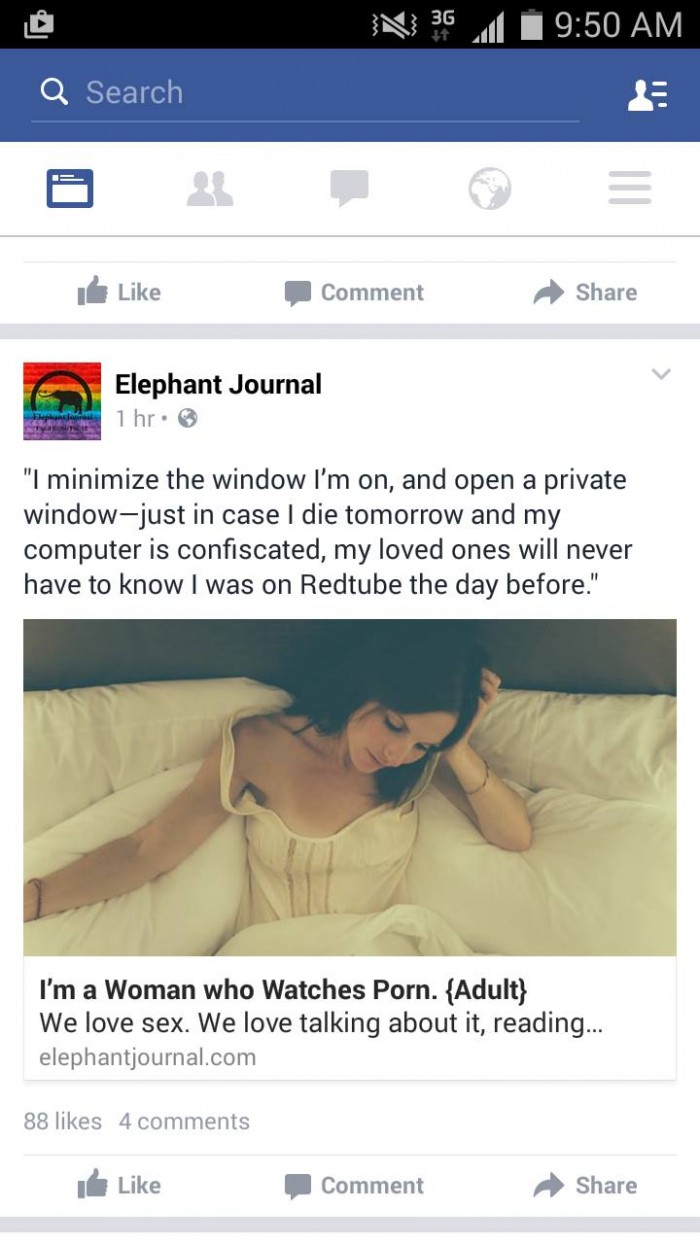 Hey brother! I appreciate it. Critical but thoughtful or well-intentioned criticism is always helpful.

You should lose elephant on FB. We’re far better in our newsletter, where we don’t have to deal with FBs setup which does not generally reward quality titles or images or subjects. They just don’t get clicks, likes, shares–serious subjects or thoughtful articles.

Thanks for your initial note. I got nothing against you and appreciate your caring. If you like elephant, or used to, our best stuff is on our newsletter, which is curated and not clickbaity because it doesn’t have to deal with FB’s algorithm. Even on FB, 95% of what we post is great stuff, 5% is good but more sexy or pop culturally, which I’m fine with. But the 95% doesn’t get seen.

Reader:  Yoga is a sacred and wonderful practice with countless benefits to the body, mind and spirit. As a Male practitioner and teacher of yoga from children to adults, I am more and more disgusted by the way Elephant Journal writes on the subject. It seems to based on shock value rather than meaning. Even the recent article Waylan wrote on how to make 200k a year, when he talks about yoga as only being worth an hour of an entrepreneurs time he reveals that he doesn’t have a regular yoga practice. One who does has realized that far less sleep is,required. As an example I have a 3 hour a day practice and as a result only need about 4 hours sleep. I am far more clear productive, focused and efficient on the job and personally. I have never and would never put my “hand on a woman’s ass” during a session Neither would any yoga teacher I know. I became a yoga teacher not to “pick up hot chicks” or “check woman’s crotches” but to share the joy I’ve found with others. In fact, I’m quite happily married. One who practices yoga regularly generally realizes and appreciates who they are inside, builds and strengthens character. Recreational Sex and other short term fun are replaced by long term health and happiness. I would think the type of readers that EJ has would appreciate the articles to reflect your journalists good character and writing skills and not shining the light on raunchyness. I would unlike the page and cancel the subscription if not for my wife who says that some of your articles are good. I agree with that but you seem to be going downhill fast. Please speak more from a refreshing higher ground. The world needs more of that kind of role model.

My article was about sacrifice and service. Yes, I practice regularly, but only a short class, at Yoga Pod. I still study with Richard Freeman. But spirituality is not about credentials—proving myself or yourself—it is, fundamentally, about practice (meditation and study are the core of my daily practice, not yoga, I was raised and trained and appreciate the Buddhadharma)…and spirituality manifests in service, and sacrifice, not in insulting someone’s hard work on a public forum. Enjoy your 80 likes.

The title of my article, however, was a Trojan Horse: what many of us think we want or need is money. That’s not true. But they’ll click and read and, hopefully, remember that true smile is found in service. I work hard for others, and I enjoy it (mostly). As is said by Sakyong Mipham, if you want to be happy, think of others first.