5 Tips for Bouncing Back from Betrayal. 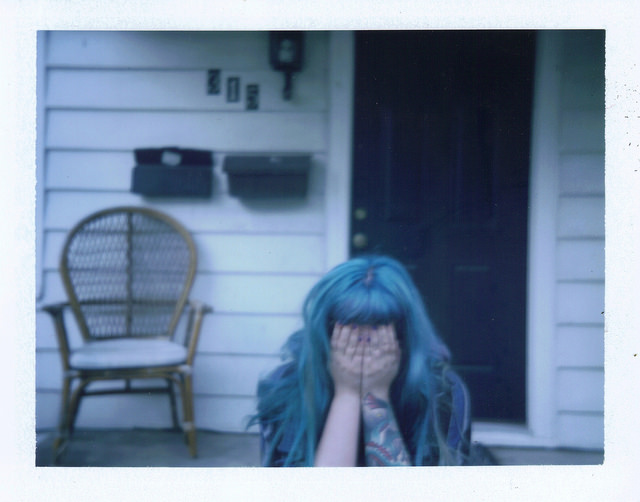 “The saddest thing about betrayal is that it never comes from your enemies.” ~ Unknown

We have all been betrayed at one time or another.

It could have been as minor as some juicy gossip that was repeated about you by a close friend.

Maybe it was the person you loved most in the world breaking your trust with a simple act.

Whatever the incident, betrayal is oftentimes the most difficult thing to get over and move on from because it hurts so much. By its very nature, it’s committed by someone we deeply trusted, and we continue to go over and over again in our minds how it could have happened to us.

The word betrayal sounds so harsh when I say it aloud, as if it is an intentional act that we consciously do to another person to hurt them.

But most of the time, this is hardly the case. There are a dozen reasons we betray another person and almost always it’s due to something internally we are wrestling with within ourselves.

Having been both on the giving and receiving end, I’ve spent many hours thinking about, talking about and processing the act of betrayal…more recently how to move through it, accept that it happened and move forward with grace, wisdom and the tools to help me when I fall backwards into the painful emotions around it.

Here’s what has really helped:

1) Don’t replay the details of the betrayal over and over again in your head.

It’s really difficult to not do this. Often we waste needless amounts of energy replaying what someone did to us over and over again. Talking about it with friends, venting about the injustice of it all. Therefore we give it more of our energy which in turn, keeps it alive and prevents us from moving past it.

It’s perfectly normal to want to talk about it to process what happened. But at the end of the day, what’s done is done. And our job is to do what we can to ease our own pain and suffering.

When I find myself reliving my own personal betrayal, I have a mantra I say inside my head which works for me. I ask myself, “Is thinking about this moving you forward?”

The answer is always “no” so I make an effort to change my thoughts to something more productive or to just stop thinking about it altogether.

I have done a lot of amazing healing work with a phenomenal Intuitive Coach and Mentor, LeeAnn Taylor. She and I worked together intensively for over a year, and still work together till this day on “understanding”…meaning we explore the deeper reasons that people make the choices they make from a spiritual perspective. In our very first session she told me, “Wanting revenge won’t bring you peace. Wishing for a certain outcome for this situation won’t being you peace; understanding and knowledge will bring you peace.”

Sometimes digging deeper into the reasons a person may have made the choices they made helps to bring us peace around the situation, knowing it never really was about us. It’s often about something going on in their own lives that dictated their choices.

3) Look at a person’s motives.

Yes, there are some people out there whose only motive in hurting and betraying others is to serve themselves, get ahead in the world and do it at any cost.

But there are some motives that are excusable and if we knew what they were, it may take the sting out of the betrayal just a touch.

For example, sometimes people lie to us to avoid hurting us. A selfless motive, though not always the best choice in the end because it can cause more harm than good.

Other times, people are in fear. For example, they may steal from us or embezzle money from a company we’re partners in with them because they’re in debt and are terrified of losing their house or not being able to support their kids. Oftentimes if we can wrap our head around a person’s motives, we may not forgive them, but we can at least not make it a personal crime against us, but one often done out of fear, neediness or desperation.

How could it have happened? How could I have not seen this coming? Where did it all go wrong? Why was I so trusting? What did I do to deserve this? Did I do something wrong? Was I not doing enough?

On and on you can go with these questions trying to “make sense” of why another person did something so wrong to you. But sometimes it will just never make sense, and more often than not, it doesn’t make sense to the person who did the betraying.

It can be complicated and almost always it’s not about us. So don’t waste needless energy playing the blame game and making yourself feel worse about the situation by beating yourself up over what happened. People make choices for a variety of reasons that are very complex and dynamic. Blaming ourselves for other’s choices will never move you forward.

5) Realize that to err is human.

There was a scene in last week’s episode of “Scandal” that I thought was so powerful. When the character Fitz, who plays the President of the United States, was confronted by his Vice President about his affair with Olivia Pope, he stared at her in complete humbleness and said, “I fell in love. I’m human just like everybody else.”

We strive to be our best selves at all moments, but sometimes we fall short.

We make horrible decisions that affect other people’s lives and destroy their trust in us.

As Maya Angelou said, “When we know better, we do better.” So I hold onto that powerful belief in the moments I want to rage all over again over another’s betrayal of me… telling myself that, “Next time they’ll know better, so hopefully they’ll do better.”

I know that for my own peace and sanity, I need to forgive the person, let it go, and move on. Because it’s really my only choice.

Confessions from an Accidental ‘Other Woman.’