Being Vulnerable: The Cure for Being Needy. 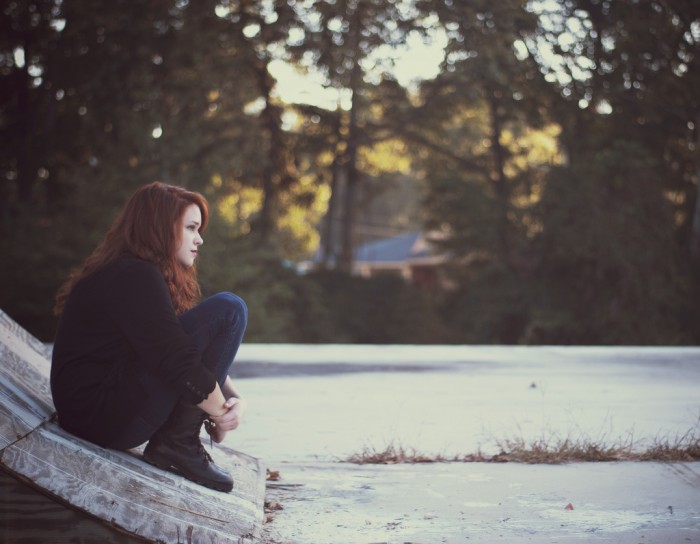 I often say that vulnerability is the most bad*ss life hack I’ve ever discovered.

And I’m not kidding. Learning to be more vulnerable has totally changed me. Through my practice of vulnerability, I’ve become more open, more confident and more loving than ever.

But why vulnerability? Vulnerability is defined as being susceptible to attack or harm. It means letting our defenses down in the face of a potentially hostile environment. For most people, this sounds like something we’d want to minimize or, if possible, avoid altogether.

Common sense would tell us that opening ourselves up to possible attack would be foolish, right? Why, then, has vulnerability become such a buzzword among those striving for conscious relating and personal growth?

Why are we choosing to be vulnerable?

I think it’s simple: vulnerability is often the only path to deeper connection, and though we’ve tried to avoid this truth, connection is ultimately more important to many of us than safety. Holding our defenses might keep us safe, but it is also sure to keep us separate. For that reason, many of us are willing to open ourselves up to possible harm in the hopes that sharing our truth will inspire a feeling of empathy and understanding in the other, which will foster a deeper connection between us. We take the risk because the possible reward is worth it. And even if we aren’t rewarded in exactly the way we had hoped, at least we were true to ourselves. Taking the risk, itself, can be rewarding enough.

Yet, many people still find it very difficult to be vulnerable at all. I know this because I was one of them and now I work with many of them as their coach.

What I’ve noticed is that vulnerability isn’t difficult only because of the harm it may expose us to. It’s also challenging because to be vulnerable requires us to reveal ourselves. That is where many of us get stuck.

Being seen as we truly are inside is difficult unless we’re in total approval of ourselves.

Admitting we’re needy is one of the most vulnerable things we can do, since being needy isn’t exactly acceptable in this society.

There was a time in my life that I was terrified to be discovered as a needy woman. I was so afraid of my neediness being seen that I could barely trust myself to say or do anything that felt authentic or true to me, lest my neediness be revealed.

This was the time in my life when I was the least vulnerable about my feelings, and consequently, the least fulfilled in terms of the love and connection I needed.

Ironically, in an attempt to conceal my neediness, I created a wall that blocked out what I needed and, as a result, I just grew more and more needy. It emanated from me whenever I let people in on what was happening internally for me, so I had to fortify my walls in order to keep anyone from really knowing me.

I was lonely inside my fortress. It didn’t matter who I surrounded myself with. I had friends and family. I always had a boyfriend—yet, I never stopped feeling alone.

This devastating loneliness was the cost of not allowing myself to be vulnerable.

Sadly, I’ve discovered just how common this is among people.

Vulnerability comes up a lot in my coaching practice. When we get down to the root of what’s holding my clients back in their relationships, they often acknowledge that they’re not being vulnerable. When they acknowledge this, I always ask what stops them and the answer is usually always the same: They don’t want to show how they really feel unless they know how it’ll be received. They are afraid that what they want and need are too much and they don’t want to reveal that.

They are terrified of being in the vulnerable position of revealing themselves as needy.

Treating our innate human need for love this way is much like locking a dog in a cage and putting him in the basement. If we’d been feeding him and letting him run in the yard, he’d probably be a total love bug, but as he spends more time in the dark basement, starved of approval, love and food, he turns into a snarling, whimpering beast. He becomes more and more desperate. And that’s what happens to us, too.

It’s no longer that we just need love; we become needy. We can no longer simply ask for what we need; we learn to guilt trip and make demands. We lose our center. We get all messed up.

Of course, we still try to maintain appearances so we dress up nice and go on dates, hoping they won’t see the deprived beast beneath the surface. Heaven forbid we get vulnerable and show them what’s really going on inside. Heaven forbid we give someone the chance to love our beast back into health.

My clients often conflate vulnerability with neediness. They don’t want to be vulnerable because they think that doing so makes them needy, but vulnerability and neediness are not the same thing. Yes we all need love, but we don’t start out needy. We really only become needy when we’ve been depriving ourselves. And that really only happens when we aren’t vulnerable to begin with.

If anything, vulnerability prevents neediness. It keeps us healthy and well-adjusted because it keeps our basic human needs from getting backed up and remaining unfulfilled inside of us.

It’s a hard first step to be vulnerable when we know it might reveal us as needy, but we have to start somewhere. If we ask for what we want, reveal how we feel, and admit when we’re afraid, we are at least being real and giving someone the chance to love the real version of us. And that’s where connection begins.

And if we stick with it, eventually we won’t be needy anymore. Yes, we will have needs, but we’ll be able to confidently go after them and we’ll trust ourselves enough to change course if our needs aren’t being met.

We’ll be strong, authentic and open.

That’s truly what vulnerability is about.

I will Never Apologize for being Vulnerable.