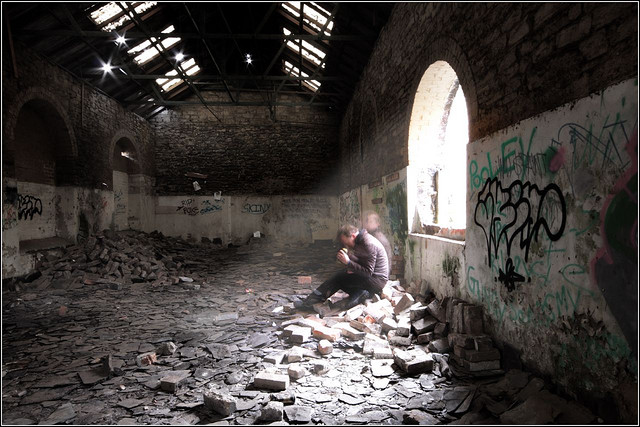 Every single one of my clients is unique, and yet, so many of them share so much in common.

If I were to put all of their histories—all of their feelings and all of their experiences in a blender—then I’d quite possibly come up with “Dave.” (“Dave” is entirely fictional, yet I have met so many “Daves” that he’s also entirely true.)

When Dave first sat down, I noted how rigidly he perched on the edge of the chair—leaning forwards and blinking glassily. It soon became apparent that my client was experiencing a full-blown anxiety attack and was—as he later explained—stuck at the bottom of a terribly “deep and dark pit,” from which he could see no escape.

Dave had spent the past few months trapped within a cycle of anxiety attacks and the waiting—the agonising wait for the next one. He lived either within his pit of anxiety, or awaiting the following attack, with a sense of impending doom hanging over his head like the “darkest imaginable cloud.”

“Perhaps,” he wondered, “Only suicide might set me free.”

The human fight-or-flight response wasn’t designed with the modern age in mind. It was supposed to help us to run away from threats, such as lions, other cavemen or earthquakes. We’d be startled, flee for our lives and then allow ourselves to calm down again. It really isn’t very well suited to the more modern and long-term worries on the subjects of whether we’re going to be able to pay our mortgage, keep that job or make it to the meeting on time. Natural stressors are short-term, acute and quickly disappear.

Chronic stress is a damaging experience.

Cortisol and adrenaline have damaging effects upon practically every organ in our bodies. Evidence exists which links stress to heart attacks, strokes, cancers and plenty more nasties. People experiencing chronic stress may turn to food for comfort, gain an unhealthy amount of weight, drink to excess, lose sleep and generally watch helplessly as their physical health declines.

Stress is horrible. Stress is nasty.

And being stressed isn’t always viewed with sympathy by bosses or partners.

And so Dave tries to bury it—deep.

A certain situation, event or circumstance causes Dave an unwelcome emotion which is then buried and denied. He just has to get on with things, you see? In England, it’s called the “stiff upper lip.” Emotions are for the weak. Strong people simply carry on and learn to control socially unacceptable emotions. Dave buries them and feels good that he can manage it.

That’s all very well, but the unfortunate truth is that these emotions don’t always go away. They linger, lurk, fester and gather strength beneath the surface. Given time and the opportunity, they will burst through the barriers and make themselves known.

Dave had found this all out too late, of course.

Besides, he’d spent 20 years hiding away all kinds of emotions. In fact, he’d become so good at it, that he barely ever knew what he was feeling at all. He’d become so completely distant from his emotions that he wouldn’t recognise one if it slapped him in the face.

At least, he couldn’t until anxiety came along and punched him in the gut instead.

I taught Dave to let go of his past—to forgive and forget. I taught Dave to reintegrate his emotions into daily life. I helped him to use mindful and self-hypnosis techniques to explore, understand and accept all kinds of emotions. The anxiety attacks soon stopped coming. He was free to feel anything and so was liberated from his pit, his cloud, the terror that this would never end.

Anger was the first of the emotions to surface.

He had plenty to be angry about, and I encouraged him to allow it to be there. It was liberating, it was invigorating—it was even fun. It was the first sign of recovery, and he was both surprised and intrigued to find it there.

It was a new beginning, and he knew it.

Now that it was permitted, the anger soon subsided and other emotions came to the fore. Before long, he had the full emotional palette at his disposal, and he no longer needed to hide from his own self. He was living authentically and every aspect of his life improved.

If people learned to be more honest about themselves, with themselves, then my books would be near-empty. If you’d like my books to be empty—if you’d like a happier, healthier and more harmonious world—then teach yourselves and your children to accept their right to experience whatever emotion comes along. Let’s have fewer Daves lying on the couch!

How to stop being a “Dave” and allow feelings expression.

Now, every Dave has his or her emotional gremlins, which need to be worked through. But if you’d like to make a start before seeking therapy—or if you’d like to complement an existing therapy—then make a note of your answers to the following questions:

2. How would a raisin feel if you were to roll one between your fingertips?

3. How do raisins smell?

Have you one that? Next, go and find yourself a raisin.

When you have your raisin, I’d like you to take yourself through the same questions—but this time, really taking the time to experience that raisin with every sense. Imagine you’re one of those wine connoisseurs who can detect the merest hint of some esoteric ingredient and really experience the sight, feel, smell and taste of that raisin. Notice how the taste and texture builds and develops. Observe the complexities. Observe everything there is to be observed.

Next, begin to apply this approach to everything in life. Look above the line of shops in the high street. Observe the buildings. Watch how people walk. Hear how they talk. See how their faces move. Start to notice how your body feels as it moves—how the air, the sun, the rain feels against the skin. How does the water in your bath or shower smell? Use all of your senses as much as humanly possible.

Whilst you embark on this rediscovery of the world, it’s also time to begin to watch your thoughts. Take some nice deep breaths and watch your thoughts come and go. It will be difficult at first but you’ll manage, with increasing ease, to simply watch as the thoughts flit by. You’ll be less troubled by any difficult thoughts. You’ll be so engrossed in the world around you that thoughts will seem less powerful. You’ll no longer be their slave.

Don’t judge those feelings as being negative experiences—simply observe. Allow them to be, and they will choose to fade away all the faster. Crowd them out with other experiences, and you’ll be able to reintegrate yourself into the world of emotions without the fear—without feeling overwhelmed. Practise, practise and practise some more—until it becomes an automatic reflex. I was a Dave once, and this helped me. It could help you too.

And that’s a very fine way to live.

Open the Floodgates: Living with the Intensity of Feelings. 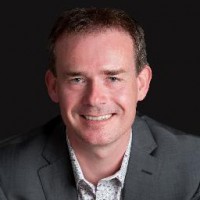