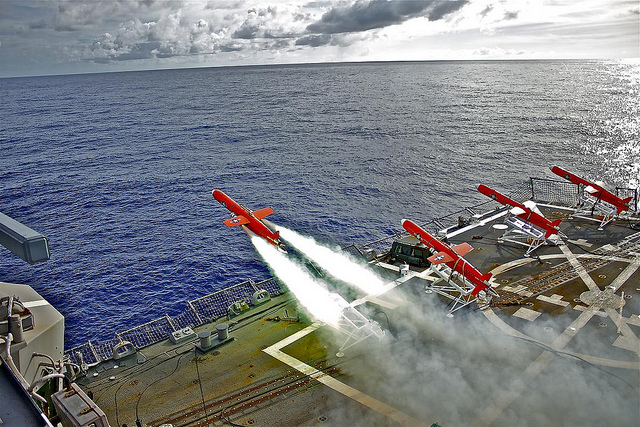 Secret military documents released from “the source,” an anonymous whistle-blower to a digital news source, shine light on the ]mysterious drone wars and assassinations being carried out by the U.S. government.

It’s like a journalist’s wet dream—breaking the story of “The Drone Papers.”

They have obtained documents that provide a glimpse into the inner workings of the U.S. military’s kill/capture operations during a pivotal time in the evolution of the drone wars—between 2011 and 2013. “The source” worked on the operations and programs described in the slides.

It’s all very Woodward, Bernstein and Deep Throat-ish to me. And I love it.

Real journalism is a feat not accomplished by many these days, an art oft times being intimidated to silence by powerhouses manipulating the media. But that’s another conspiracy theory, for another time.

Today we talk about facts represented in top-secret documents released by an anonymous whistle-blower. In a post-Snowden world, who wouldn’t choose anonymity over public acknowledgment?

Since Gerald Ford was in office in 1977, every President has upheld an executive order banning assassinations by U.S. personnel. Now congress avoids the issue, and we relabel the assassinations with the sugar coated term “targeted killings.” That’s much easier to swallow.

“The source” states that he decided to go public because “he believes we have a right to understand the process by which people are placed on kill lists and ultimately assassinated on orders from the highest echelons of the U.S. government.” He continued, “this outrageous explosion of watchlisting—of monitoring people and racking and stacking them on lists, assigning them numbers, assigning them ‘baseball cards,’ assigning them death sentences without notice, on a worldwide battlefield—it was, from the very first instance, wrong.”

He believes that each one of us that now possesses the information and does nothing about it is “allowing it to happen.”

Now this just fires up a whole cauldron of debate, even within myself. I agree with him on one hand—who are we to dictate lists of people, offering them their death sentences, unbeknownst to them, because we deem them dangerous terrorists and threats to our way of life? Is that sort of like playing God?

Then the voice pops up that we are at war, and isn’t one life worth all the others that will be spared by the killing of this one target? Blah, blah, blah—that is an argument for philosophy, not war, I tell myself. It’s whether I believe in the individual sacrifice of life for the greater good, or do I believe in the black and white, right and wrong.

I know I believe in not playing God.

Again though, that is a debate for philosophers, and I’m just here to share news, not convince anyone of my beliefs. I’d rather inspire thought for those who would like to come to their own conclusions.

The documents are in depth and loaded with information that paints a picture of secretive military operations in Yemen, Somalia, and Afghanistan aimed at wiping out high-profile members of the Taliban, Al Queda, as well as other armed militant groups, and whether or not they’ve been fighting.

Other information details how the government hides the true numbers of civilians killed in drone strikes by lumping in unidentifiable people killed in strikes as enemies, whether confirmed or not.

Also included in the slides is information on how the President authorizes targets for the kill list, how the authorizations depend on unreliable intelligence and data proving that strikes often kill more than the intended targets—such as this—during one five-month period of the operation, nearly 90 percent of the people killed in airstrikes were not the intended targets.

The slides also point to inconsistencies in official statements on targeted killings. The publicly available statement on such states that strikes would only be launched on persons posing a “continuing, imminent threat to U.S. persons” yet in the documents there is but one mention of qualifying criteria and that is anyone that “presents a threat to U.S. interests or personnel.”  Not quite the same thing.

These documents also point to a turf war between the CIA and the military’s Joint Special Operations Command, who both operate drone strike operations, and battle over who should win the title of supreme command over these operations.

No comment has been issued by the White House, the Pentagon or Special Operations Command on this release. The Defense Department issued a statement saying simply “we do not comment on the details of classified reports.”

More questions arise the deeper the information goes. Wouldn’t capturing rather than killing yield more intel on operations and plots by these organizations? Are we just exacerbating an already real threat by pissing off more and more people in countries where we are killing innocent civilians and lumping them in with “enemies” during strikes, thus creating more terrorists? It seems to me the short term, easy answer creates more strife in the long term.

But hey, I know nothing of war, just humanity. And sometimes I fear, we are forgetting that.

The Truth Behind Drone Warfare.