Feathers: A Lesson in Patience. 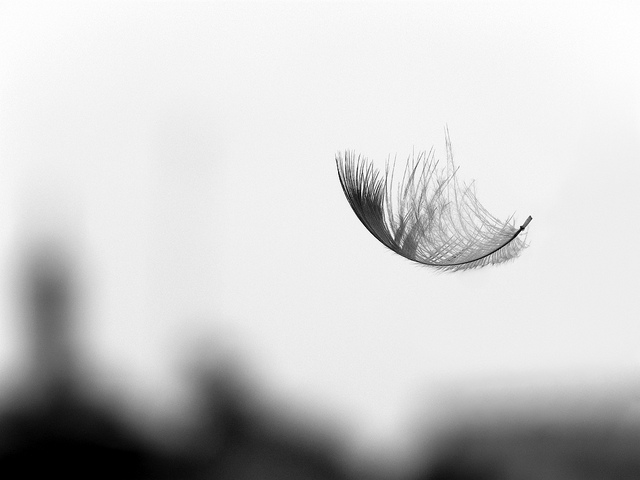 The feather must have been 20 feet in the air, tumbling down through the mid-morning sunlight, showing flashes of bright blue as it fell. I’d only noticed it because she had, her head snapping upwards in surprise, her face creasing in delight.

I guessed it was from one of the Blue Jays who lived in this forest, shed during takeoff from the nearby trees.

She stood up as it hit the ground near a solitary redwood some 20 yards away, then ran off across the deck and over the rough road of the retreat center. I could see her stooped under the tree, picking through the brush, before she stood up triumphantly and waved something blue in the air. She’d found it!

I felt a childish pang of jealousy. I wanted a feather! She’d already found two beautiful ones yesterday, down by the dry creek where we’d pitched our tents. This was only a short retreat—a weekend of meditation, relaxation and discussion—but it had come at a particularly important time for me, and I wanted something tangible to have as a reminder of the moment.

She returned to the deck and excitedly showed me her prize. It was almost iridescent as I turned it over in my hands, a side-effect of the strange way blue feathers get their color, through structural coloration rather than pigment. I was happy for her, but below the surface my petulant inner-child was stamping his foot.

That afternoon I took off for a solitary hike through the trees. Walking alone, done right, is one of the best forms of meditation. But as I picked my way over a bridge and onto the footpaths which laced the forest floor I was still consumed with the idea of finding my own feather. I walked half-stooped, peering intently at the ground on either side of me. But it was lifeless, mottled only with the grayish browns of long-dead leaves. I must have continued this way for half an hour or more, consumed with my quest, not even noticing the beauty of my surroundings.

A dull ache had been growing in my neck for a while, a result of my ridiculous posture. Unable to ignore it any longer I paused on the trail, straightening up and taking a moment to look around me. It was cool here, out of the direct sunlight. The branches above me were waving very slightly in a breeze. A squirrel was paused, halfway up a nearby trunk, regarding me curiously. The forest was effortlessly peaceful—a peace I’d locked out of my mind with my determined searching.

It was at this moment that a voice inside me, gently chiding, rose up.

“You know this lesson; you’ve learned it before,” it began.

“Wanting something won’t make it happen. Consuming yourself in a particular outcome often leads to failure—all the things you can’t control will knock you off balance, and you’ll miss all the opportunities that might bring you to your goal by a different path. Continue on the journey, as a journey in itself, and when the time is right you’ll receive the things you hope for.”

The voice couldn’t help itself. Suddenly cheerful in a conspiratorial way, it had one last thing to add: “Maybe down by your tent?”

I stood there for a few minutes more, feeling the oft-learned lesson working its way through my spirit again, resolving to fully enjoy the rest of my walk and be present in the moment. Standing straight and taking full notice of everything now, I set off again up the trail. Occasionally I’d feel rising urges to hunt obsessively for that damned feather, but I focused on letting them go.

In another 15 minutes I’d walked as far as I could go without crossing onto private land. Along the way, I encountered a grotesque but fascinating abandoned wasps’ nest, skirted around a poison oak patch that I might have just blundered through earlier, greeted several squirrels, finches and a chipmunk while working up a satisfying sweat. The pain in my neck was gone, too. I retraced my steps, taking a big loop around the small canyon that sat at the center of the forest, and soon enough I was back at the small circle of flat ground where I’d set up camp the day before.

I saw it within a few seconds of arriving, sitting right by the door of my tent—a feather! I sat down and burst into uncontrollable laughter.

You see, while this was undoubtedly a feather, it wasn’t what I imagined at all. Barely an inch long, downy and a dull, dusty gray, I thought it was the least glamorous feather I’d ever seen. This was a continuation of the lesson—a reminder that even when we get what we so desperately wanted, it may look nothing like the version that we dreamed of.

I picked it up gingerly, and tucked it away for safekeeping. It may not have looked like much, but in the teaching it embodied it was the most beautiful feather in the world.

Healing Lessons From Nature: The Power of Patience 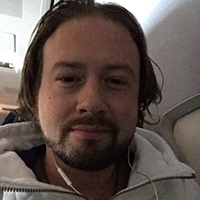