Just because we Can doesn’t Mean we Should. 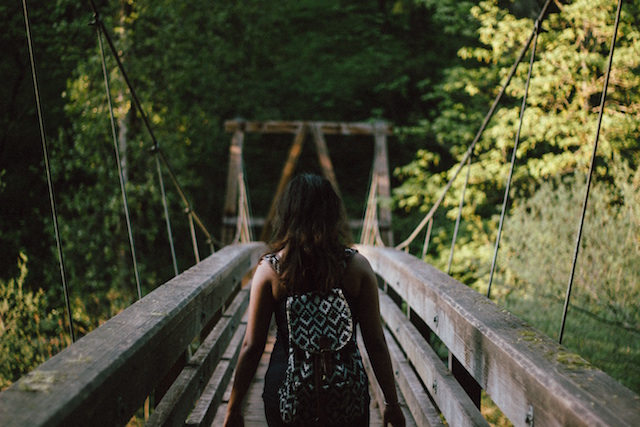 So, there’s this thing I do.

I’ve been doing it for most of my life. I was certain it would be my everything, forever and always—my focus, my studies, my career, my pride and joy. And for a long time, that was the case; it was always everything to me.

That is, until it wasn’t.

So I stopped doing it. Then I started again. And then I stopped again.

I went from thinking this thing was my sole calling and my entire identity to then questioning my place in the world it created for me, and for a number of good reasons. But even after recognizing all those reasons why I didn’t want to try to make that dream come true, something in me couldn’t quite let it go.

I knew that the doubt and hesitation I felt was an important sign that something was missing. I knew I wasn’t entirely happy pursuing this path I had been determined to fulfill seemingly since birth.

So then it hit me:

As is the story for so many, I’ve encountered a few significant individuals on this path who have said in one way or another, “No, you can’t. You can’t do this. You will fail.”

And being who I am, I had to prove them wrong. I knew I could do it.

So maybe one of the biggest reasons I still wanted to do this thing was because part of me would have loved to show them that despite their lack of belief in me, despite their refusal to invest in my talent, I could do it. And I could do it without them.

And wouldn’t you know, I’ve actually done pretty well for myself with that approach. I cultivated and guided my own talent when no one else would, making myself one of my greatest teachers.

But every time I’ve been asked to deliver, to really perform and prove myself when it mattered, something in me demanded that I hold back. Something continually prevented me from proving that I was good enough, even though I knew I was.

From the outside looking in, one would have thought it meant I didn’t actually want it—the success, the achievement, the verification that would allow me to say, “Yes, I can.”

It wasn’t until I took a peek from the inside looking a little deeper that I realized it might be true—that I didn’t actually want it.

Or, rather, that I didn’t want it for reasons that would make it worth achieving.

Because if doing this one thing didn’t bring me the indescribable happiness I thought it would, then what am I proving to anyone?

That’s the message I’m sending—not necessarily to those who said I couldn’t, but to myself.

Because in reality, they’re probably not even watching. Most of them have probably forgotten about me by now.

So, again, what am I actually proving? It comes down to this:

In valuing my outward success over my inner satisfaction—that is, what others witness as opposed to what I witness in myself—I’m defining my worth based on external factors and ignoring the most important piece of information available to me: how I feel.

I’m letting my ego inform what would make me appear important to others, when really all I want (and all anyone wants) is to find that unshakable peace within that says, “Yes, this is right.”

Our calling is not something we do simply because we know we can.

Our calling is what we do because we couldn’t avoid doing it if we tried. And I mean that quite literally: When we try to avoid responding to our calling, something—God, the Universe, energetic waves, whatever you want to call it—laughs at us and says, “You really thought you could escape this? Psh. This is who you are. Accept it, own it and get your a** back on track.”

As a beautifully intelligent friend so perfectly stated, “Just because you can, doesn’t mean you should.”

And it doesn’t mean we have to do it, either. We don’t owe it to anyone or anything to pursue something that isn’t ours to fulfill, even if we are undeniably good at it.

There are still plenty of questions I’m working to answer for myself surrounding this concept. But if I’ve figured anything out, it’s that we are all extremely capable beings whether we realize it or not. We have the potential for doing just about anything, really.

I’ve also figured out that when people tell us we can’t do something, we often react with the determination to go ahead and do it—to prove them wrong and prove ourselves as worthy individuals.

But if it’s really something inherent to our existence, if it’s truly our calling, there’s nothing to prove. It’s a part of who we are, and who we are is resolute, unwavering in all that may or may not happen in our lives—because, well, we simply are.

So just because we can (and we certainly can) doesn’t mean we should. Because when it comes to stumbling upon our calling, it doesn’t really matter that we can, anyway; it only matters that we must.