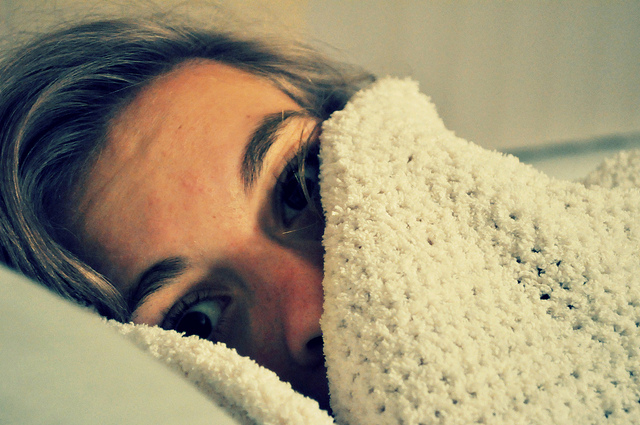 Have you ever just wished you were in someone else’s skin?

Not their mind or their body, but their skin. I don’t mean to make it sound so creepy like Buffalo Bill from Silence of the Lambs, but there is so much skin out there that isn’t being worn correctly. They are blank canvasses that are so ready to have art drawn onto them. Not even permanent art, but temporary. Call it too much reality TV while being on bed rest from walking pneumonia but I have gained the opinion that people don’t wear their skin properly.

Smooth wondrous skin, which has never seen a mark, a scar, a dimple or a bruise. Skin that doesn’t know what a stretch mark is, or those creepy spider-like varicose veins that sometimes pop up when you’re least expecting it. Skin that doesn’t quiver at the thought of tightening lotion being put on it, just so it can be thrust into a bathing suit and ran down the beach in a bad rendition of Baywatch (the Pam Anderson years).

My skin, at 32, knows all of these marks. I was never a big kid; I was actually quite perfect, or that’s what it said on my percentiles at least. But I got my first stretch marks somewhere between third and fourth grade—just around the time that the boys in my school would try to open the girl’s locker room door to see us change and around the time I donated all of my B cup bras to my aunt (she still hates it when I bring that up).

The stretch marks on my belly and the dimples in my rear came around 13; puberty has nothing on taking out a thyroid. I had my curves earlier than the rest but was a tomboy enough to mostly hide them, all the while wishing I was the popular tiny chick (a.k.a. my best friend).

When my thyroid came out, and my body started to pack on the curves, my brain went haywire. Back then, which seems so long ago, they still didn’t realize the biochemical implications of taking out a hormone-producing gland. Should I have gotten help for my now out-of-control hormones? Yup, but I didn’t. I was so body conscious in high school but I was also a tease. I had huge boobs, a relatively pudgy but flat tummy and a great butt. Did I mention my legs? I had great legs. I was a size 10 freshman year. That would be the last year I ever saw that number. Because not even a size 10 was small enough not for anyone who mattered. Not for the people I left each morning when I headed off to school, not for the guys in my school. Granted, there wasn’t a time in my high school career that I didn’t have a boyfriend, but I was so yearning for validation I made a lot of mistakes back then.

That was when the night time binge eating started. I would sneak out of my room at night while my mother was asleep and sit in front of the fridge and stuff my face while crying. I was starving. I was shameful and guilty. I couldn’t please anyone, not even myself. I shot from a size 10 to a size 16 that summer. I never threw up because I felt so guilty eating it in the first place and because, well, I hate throwing up.

Binge eating continues (albeit so much less) to this day. The only time it ever stopped was when I was pregnant with my children. But I am still ever so skin conscious, so body conscious. Out of all of the things I could pass down to my daughter, I think this is the one this I would feel the guiltiest for. Granted, she is all of six years old and all sinewy and long-legged, but to ever think there is something wrong with her body or to shame her into changing her appearance would be the worst thing I could do in my life.

There are days when I still won’t leave the house in a sleeveless tee-shirt because my arms wiggle. My shirt always has to be below the top of my jeans so it won’t ride up. I stretch out all of my tee-shirts so none of them cling to me too tightly. It is complex. It is chaotic. It is the shame and guilt I have felt for years about my own body.

I look at bathing suits and laugh. I haven’t gone to the ocean in over two years because I body shame myself to the point of not even taking to drive out there. I think the worst part about it is that I don’t want to make my children look silly with their Staypuft Marshmallow Mommy. I curl up into tight little balls in dressing rooms half naked and cry. Don’t mind the woman behind the curtain; she has the money, she’s just crying over the size of her clothes.

I had a band around my belly for over a year because I had gotten too big for my own skin; I wanted a tool that could help me shed the weight while putting me in charge of how I lost it. It was removed when my body decided it didn’t want it there anymore. That’s when my downward spiral began. I slowly but surely began to lose faith in my own abilities to sustain my weight. I wouldn’t eat and then I would drink the empty calories, packing on the pounds quicker than a baby hippo.

I recently signed up for an orientation to get back on the surgery docket. I went to classes and as I wrote this, actually, I was only a month and a half away from being operated on again: A vertical sleeve gastrectomy, where they would take out most of my stomach, where I was guaranteed to drop the weight an, as long as I stayed toned, I wouldn’t need plastic surgery.

I received two letters the other day stating that they would not put me under the knife. When I spoke to the doctor, he was concerned that I was becoming too reliant on the surgery to fix my sadness and weight.

After I was done being snarky, after the tears were wiped away, I realized I had fallen victim to skin envy.

I thought I had gotten past the days where it hurt to look in the mirror, where it hurt to go outside. But as I sit here, I realize that I have a ways to go before I can shake loose this green-eyed monster that rears its ugly head every time I walk  by a store that has clothes I used to be able to fit into. The monster that yells judgments in my ears when no one is actually looking.

I thought I had won this war.

But this is just another battle in learning how to wear the skin I am in. And it will be a struggle, probably for the rest of my life. Only this time, I am going to take it one day at a time. I am going to nourish my body from the outside and also from the inside. I’ll learn self-love, self-honor and lock that skin envy in a box I won’t see again. 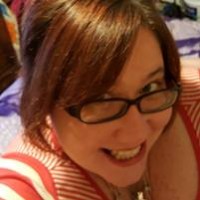