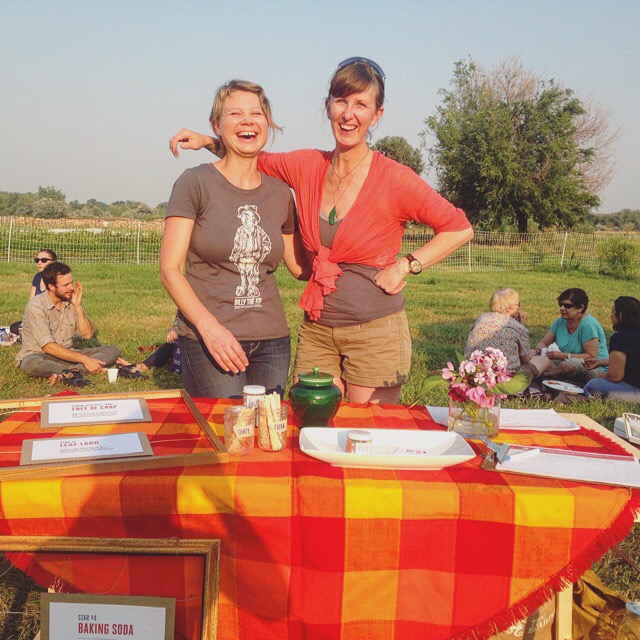 Stop the stink by slapping a couple of rib eyes under your armpits? Not quite, but close. Hold the meat, keep the fat. Animal fats like beef tallow—a rendered form of beef fat—have been used in soaps, salves and ointments for centuries, but not without controversy.

Before 1910, butterfat, beef tallow and lard were popular for cooking and body care in America. However, with the advent of hydrogenated oils, clever advertising and media attention around the indecent treatment of animals, Americans largely replaced these animal-based ingredients with processed vegetable fats and petroleum-based components.

Upton Sinclair’s celebrated 1906 novel, The Jungle shined an eerie spotlight on the horrifying conditions in the country’s meatpacking and processing facilities. The book was so disturbing that Americans swore off lard in large numbers.

In 1910, hydrogenated oils came onto the scene. An excerpt quoted in The Atlantic article, “How Vegetable Oils Replaced Animal Fats in the American Diet” says, “Convincing homemakers to swap butter and lard for a new fat created in a factory would be quite a task[…] The new form of food needed a new marketing strategy.” That strategy involved throwing a bunch of advertising dollars behind oil-based butter products, resulting “in the sales of 2.6 million pounds of Crisco in 1912 and 60 million pounds just four years later.”

Today, artisanal lard is appearing at farmers markets and on the shelves of fancy grocery stores, and tallow is increasingly touted as an effective ingredient in bath and body-care products.

I was curious to understand this return to the past, so I reached out to ie&Y, a new Boulder, Colorado company run by four women who create and sell personal care products using—among other ingredients—lard and tallow.

The company’s name comes from the suffix letters in the names of its cofounders, Katie, Mary, Jamie, and Katy. I recently sat down with two of the four creative women, Mary and Katy, to learn what they do, why they do it and how we can all join in their passion for making things that clean and nourish our bodies.

All of the ie&Y ladies are designers of one kind or another. Katy comes from a landscape architecture background, while the others are graphic designers. They also bring many other skills and experiences to the table. For example, in addition to being the product development and sourcing specialist for the company, Katy is a certified nutritionist. And in addition to being the written voice of ie&Y, Mary is an apprentice farmer and permaculturist.

They bring their diverse but related expertise together to fulfill their mission to help consumers make healthier choices and become more self-reliant. Mary calls their endeavor a “joyful rebellion.” It’s not about fomenting a revolution, but rather creating good-for-you alternatives that connect people to one another, to nature and to healthy, whole, natural ingredients.

Ie&Y began by offering in-person, do-it-yourself workshops to adventurous souls who wanted to learn to make mustard, mix herbal teas and brew bone broth and fermented drinks. Soon after, the group realized that they wanted to build a viable consumer-product company to meet the growing demand for alternative skin care products that were effective and healthy.

In the summer of 2015 they released their first product, PITS Deodorant, which is applied as a cream to underarms. They started with PITS because, as Katy explains, it’s so hard to find a deodorant that actually works and isn’t chock-full of what Mary calls “crap.”

But Katy has a far more personal reason for making the product: Her mother, maternal grandmother and aunt all died of breast cancer. To help others, she wants to encourage people to use deodorant that excludes potential carcinogens like aluminum and phthalates and get up close and personal with their bodies through daily self-checks that are incorporated into hygienic habits. Katy believes that application of the deodorant can help users observe physical changes in their bodies while also helping with lymph drainage and moving toxins out of the body.

The deodorant is made with beef tallow, which Katy explains is “a cleansing and moisturizing agent that’s been used for thousands of years. It’s got amazing vitamins in it and chemical properties that are similar to our skin’s. Our skin absorbs it easily and isn’t left looking or feeling greasy.”

Katie, Mary, Jamie and Katy work with farmers who treat their animals humanely and are committed to a “nose-to-tail” philosophy. This means no part of the animal is wasted, and ie&Y is part of that less-wasteful consumption chain.

Turning fat into tallow or lard requires a rendering process. Ie&Y partners with companies like Back to Basics Kitchen and Fatworks, both Colorado-based companies, to source its rendered animal fats. Katy says that sourcing carefully can sometimes slow things down, but it’s worth it. “We want to promote those people who are doing good things for the earth, for people, for animals,” she says.

Want to get your hands on some PITS Deodorant? Visit ieandy.com. Want to create an animal fat–based product of your own? Check out the lip salve recipe below from ie&Y. 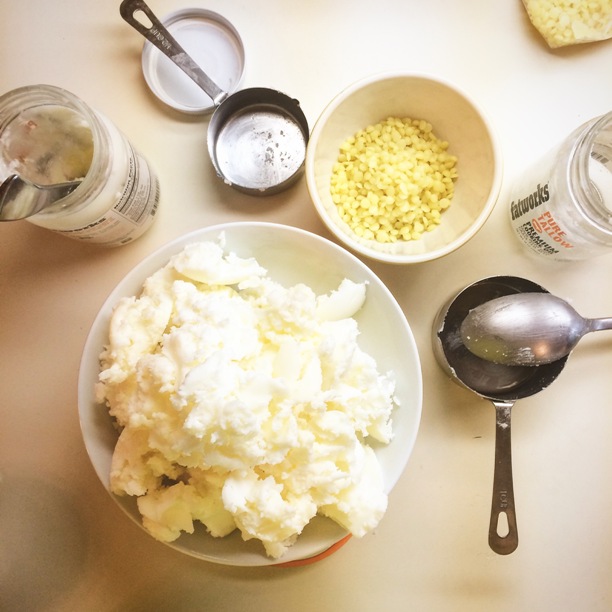 Many ingredients that work splendidly on the rest of the body can be too harsh for our luscious pout. That’s why the gals at ie&Y love the simple salve detailed below; it moisturizes your lips without irritating your puckers. The salve is food grade, so when you lick it off your lips, you won’t be ingesting yucky chemicals. Ie&Y keeps it simple with only four ingredients that are highly stable and won‘t become rancid at room temperature. Many essential oils work well in this salve (feel free to experiment!), but ie&Y choose lavender for its yummy smell and because it’s easy to source sustainably, it soothes irritated skin and eases tension.

1. Slowly melt tallow and cocoa butter in a double boiler on a low heat. Do not boil as it will denature the fats.

2. Once the fats are liquid, take the double boiler off the stove, add jojoba oil, and stir to combine it all.

3. After the mixture has cooled a bit, add lavender essential oil and stir occasionally until the mixture begins to stiffen slightly.

4. Pour the still-liquid concoction into a 1-ounce container like this one.

5. Place tin in the fridge to fully set. 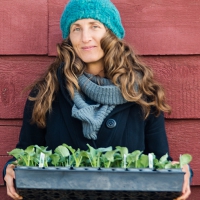