What I Didn’t Expect to Find in my Childhood Diary. 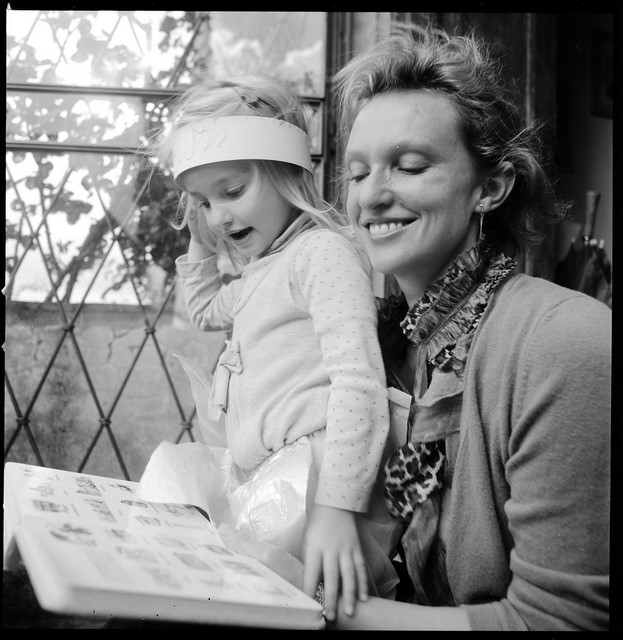 For as long as I can remember, my inner life brims with words that arrange themselves into narratives almost without my agency, as if compelled into existence by some power beyond me. I have always thought that I was just born to be a writer.

That was until the day that I decided share my old diary with my 10-year-old daughter, and discovered other reasons entirely.

Leah is obsessed with all things bosom, treading that fine line between excitement and nervousness about the coming changes in her body. I remember feeling the same way, and I am so excited for my diary to reveal this commonality.

She scoots up next to me as I open to the first page. We look at the date and work out that I was 10 years and four months old when I wrote it. She is now ten years and three months old—such a coincidence! I tell her that no one in the world has heard these words except myself, and now her.

My diary begins on a high and hopeful note in October 1984. There is a tenderness to my self-consciously perfect cursive, and an intimate, confessional tone to the initial “Dear Diary.” I flick through the first few pages and quickly find a passage I think Leah will appreciate:

[My friend] just got a bra. That leaves me one of the only ones in the class who doesn’t wear one. P.S.: I wish I’d grow more.

My daughter’s face is a strange combination of intrigue, bemusement, and ever so slight embarrassment. She laughs at her mother being the exact same age as she is now, then suddenly loses interest. She gets up to rifle through my closet and try on my clothes.

I am only on page three of my diary when I see this:

My mom’s been crying a lot about everything lately. I hope she gets better.

That is when it hits me. There is more in here than adolescent angst. In the sprawling cursive filling my diary’s very pink pages is a two-year chronicle of my mother’s breakdown. It details my experience of the aftermath of her divorce from my first stepfather, from when I was 10, to nearly 12.

I devour my diary from cover to cover as my daughter tears through my wardrobe.

I am reading this great book …. Her boyfriend is always feeling her. I hope mine does the same.

With this, my eyes begin to well with tears. My parents split up when I was two, and I saw my father approximately one time a year, sometimes twice. I craved his physical, tangible presence, and more generally, ached to feel arms around me. My mother was not cuddly, to say in the least. It’s no wonder that I became sexually active quite young. I couldn’t wait to be touched.

A year into the diary, and my mother was only getting worse.

It’s hard to imagine things getting better when they keep getting worse.

A few pages later, I recounted how I was the last to be told that my stepmother was having a baby with my father—and the news came from my grandparents. I was panicked that he would love that child more than me by virtue of living with her mother. I was in obvious distress. My handwriting was like chicken scratch.

I wrote Dad a friendly note telling him my feelings and asking why he didn’t tell me before.

He never wrote me back, and he never did, as often as I sent him letters begging, and then demanding, him to explain to me why he wasn’t being a father. To this day, I crave the certainty of love from those close to me. It is challenging, still, to find the internal emotional resources to feel loved.

A year and a half later, and my mother was still in decline. No wonder that I wrote shortly afterwards:

I wish I could answer these questions about her:

I look up from my diary to watch my daughter voguing in the mirror. Leah has found a combination of my clothes that she wants to wear to a friends’ disco birthday party, and is oblivious to the tears that I hastily wipe from my eyes.

I think I want to go to a boarding school and then I won’t fight as much.

I read this last line out loud. My daughter screws up her face and exclaims, “I’d never want to go to a boarding school!” Such a relief. Her father and I split up a few years ago, but we get on well and he is a wonderful dad.

Two years into my diary, as I approached age 12, things came to a head. Initiated, as it happened, by me.

Mom and I sat down and I said I didn’t want to live with her.

I moved in with my father a few months later. I lasted two years with him, and it wasn’t at all what I’d hoped for. The man who had not been in my life since age two remained at a distance even in the same house. I was unsupervised for the most part, and roamed around the neighborhood with my Hispanic gang friends, trying alcohol and shoplifting all before the age of 13. My grades were abysmal. I dyed my hair two different shades of purple and wore a permanent scowl. It was my mother who brought me back to her, concerned for my welfare.

It was three years before I even saw my father again. My mother and I repaired our relationship quite a bit, especially after she married the man who was to become my beloved stepfather. But there remained, always, a wall between us. A sense that she was incapable of knowing me really, on the inside, as much as she did all the right things on the outside, from then on.

Finally I understand more than the obvious emotional consequence of my childhood.

I understand that I write because I have always needed to write.

From puberty to my stepmother’s pregnancy, to my mother’s emotional absence, and my father’s practical absence, and without siblings, I wrote to try to make sense of a world in which I felt utterly alone. I used to pretend that my older self would read my words one day. I did actually believe that a part of me was listening, and that I had something important to say to the world, and one day, everyone would listen.

We don’t get through the hard times in life by abandoning ourselves, but by being faithful to our feelings, honest and self-reflective, and by not giving up on who we are, even if the world around us seems quite indifferent or unloving.

I wish her to know, sending my support back through time and space, that I hear her, I understand her, I know her, and I love her.

She made of me the writer, the thinker, the friend, the therapist, the mother, and the partner that I am today—the person who really listens, and who hears the stories of others, and most importantly, of myself. 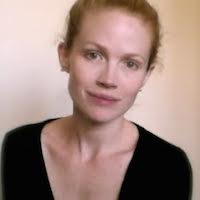