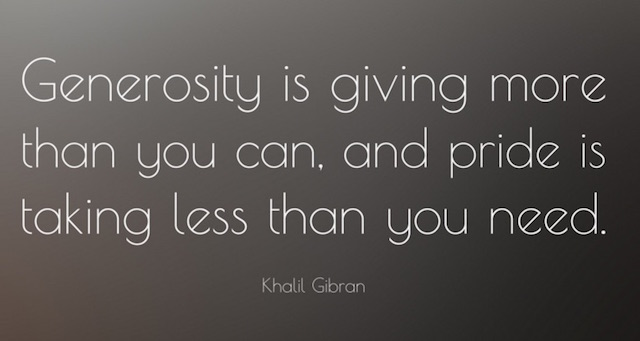 Poet, philosopher and artist, Kahlil Gibran, was considered the genius of his age.

Particularly in Lebanon, where he came from.

He was born few kilometers away from my own hometown, in “Bsharri” near Mount Lebanon. Being an eloquent writer in both Arabic and English, his influence spread far beyond the Middle East. His poetry has been translated into over 20 languages and his drawings have been compared to the work of William Blake.

In Lebanese society, during the beginning of 1900, Gibran was thought to be a rebel. He introduced notions that people had never thought of before.

One of his greatest works of all time is The Prophet.

Published in 1923, Gibran explained in a letter to May Ziadeh how the process of writing The Prophet evolved:

“As for The Prophet, this is a book which I thought of writing a thousand years ago, but I did not get any of its chapters down on paper until the end of last year. What can I tell you about this prophet? He is my rebirth and my first baptism, the only thought in me that will make me worthy to stand in the light of the sun. For this prophet had already written me before I attempted to write him, had created me before I created him, and had silently set me on a course to follow him for seven thousand leagues before he appeared in front of me to dictate his wishes and inclinations.” ~ Kahil Gibran

“This book is only a small part of what I have seen and of what I see every day, a small part only of the many things yearning for expression in the silent hearts of men and in their souls.” ~ Kahil Gibran

The Prophet, influenced by the bible, Buddhism, Sufism and the Romantics, is considered to be the most loving book ever written in the treasures of literature. For me, I can never read a passage from The Prophet only once. It is utterly meaningful so that one has to go through its words over and over again until they are thoroughly absorbed within the mind and soul.

Personally, it was quite hard to choose which passages are my favorites as the whole book is secularly unparalleled. However, I chose to mention the words that still ring a bell to my heart. They are passages that speak about the most prominent aspects of life offering omniscient truths. They are an achievement and a pattern that don’t have any dogmatic principles, but rather pure spiritual guidance.

Despite the unfavorable critics in the west, The Prophet’s popularity in the Middle East turned Gibran into the most sophisticated writer in the Arabic world. In our country, Lebanon, Gibran is still celebrated as a poet, painter, a genius, and a rebel. His writings helped to pioneer a society that didn’t absorb new ideas nor different opinions.

Gibran was a revolutionary who called for freedom, change, and love.

“Love gives naught but itself and takes naught but from itself.
Love possesses not nor would it be possessed.
For love is sufficient unto love.”

“Love one another, but make not a bond of love:
Let it rather be a moving sea between the shores of your love.
Fill each other’s cup but drink not from one cup.
Give one another of your bread but eat not from the same loaf.
Sing and dance together and be joyous, but let each one of you be alone.”

“Your children are not your children.
They are the sons and daughters of Life’s longing for itself.
They come through you but not from you,
And though they are with you yet they belong not to you.
You may give them your love but not your thoughts,
For they have their own thoughts.
You may house their bodies but not their souls,
For their souls dwell in the house of tomorrow,
Which you cannot visit, not even in your dreams.”

“Work is love made visible.
And if you cannot work with love but only with distaste, it is better that you should leave your work and sit at the gate of the temple and take alms of those who work with joy.
For if you bake bread with indifference, you bake a bitter bread that feeds but half man’s hunger.”

On sorrow and joy.

“Some of you say, “joy is greater than sorrow” and others say, “Nay, sorrow is greater.”
But I say unto you, they are inseparable.
Together they come and when one sits alone with you at your board, remember that the other is asleep upon your bed.”

“Much of your pain is self-chosen.
It is the bitter potion by which the physician within you heals your sick self.
Therefore trust the physician, and drink his remedy in silence and tranquility.”

“Yet the timeless in you is aware of the life’s timelessness,
And knows that yesterday is but today’s memory and tomorrow is today’s dream.”

“Your fear of death is but the trembling of the shepherd when he stands before the king whose land is to be laid upon him in honour.
Is the shepherd not joyful beneath his trembling, that he shall wear the mark of the king?
Yet is he not more mindful of his trembling?
For what is it to die but to stand naked in the wind and to melt into the sun?
And what is it to cease breathing, but to free the breath from its restless tides, that it may rise and expand and seek God unencumbered?”

Among all these stunning passages, the one’s on marriage and children leave me speechless every single time I read them.

In the modern world, I think The Prophet provides us a poetic guide on how to love and live. For me, this book represents thinking outside the box, unlike the norm. I recommend every person who hasn’t come across it yet to immerse himself in its pages, for it will bring him wisdom that has never been experienced before.

Gibran, the man who only knew English through Shakespeare, the Bible and Mary Haskell, peacefully rests in his hometown, leaving behind omnipresent words that shall inspire hundreds of generations that are yet to come.