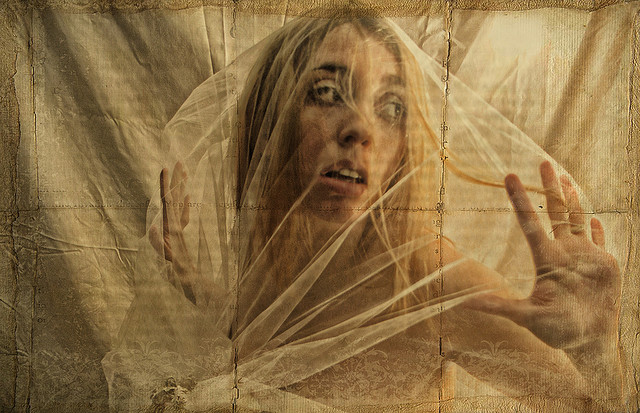 In my short, but well-lived, 27 years on this planet—my biggest challenges have always been my relationships: family, love and friendships.

Other human beings are not my forte—the idea of interacting with someone for too long makes me panic. I become anxious and afraid.

I’ve never been able to explain where this social anxiety comes from, but I’ve experienced first-hand the way it can affect one’s life. You see, I am the master of making and breaking plans. Ideas that seem fun when I hear them, turn into the obnoxious tenants of my mind for a whole week, and the only way I can avoid the pressure is by disappearing, canceling or faking a death.

The symptoms are common to me now—intense worry, a sense of doom, the belief that someone will ask me questions I don’t want to answer and a general, over-all awkwardness. Sometimes these manifest with physical symptoms as well, such as difficulty breathing, muscle pain and headaches. To some, it might seem as though I am simply over-reacting. Some have suggested that positive thinking or “manning up” will make everything okay.

I’ll admit, often my fears surpass reality, and typically after I arrive to an event, I am able to handle the pressure and even enjoy myself. However, this usually happens when the people around me are those who I have known for years and who know what to expect from me. I can only really relax when I am completely comfortable with the environment—so, not very often.

This character trait became ever-present throughout the planning of the most important day of my life. My partner and future husband has (had to) become an expert in my mood swings and mind-changing. From the moment we made the decision of getting married, I joked about eloping—running away somewhere, finding an officiant and professing our love to one another in private, whispering to our hearts.

I know it sounds romantic and exciting—but of course, romance and excitement were not truly my inspiration when I presented this alternative.

My fiancé and I live in different countries, and I am the one relocating so that we can be together. He has been supportive and awesome, overall—helping me transition and taking care of paper work and all those stressful things. I’m sure you can imagine how the thought of leaving everything behind and facing a new life is making me feel. I cry just thinking about saying goodbye to my family.

Therefore, the mere idea of planning a wedding, having guests, asking people to take some of their time and resources—even if it’s just for a few hours—makes me think of dead puppies. Basically, all the horrible things. Hysteria took me over because I knew my loved ones were not going to be able to assist me—but I still had to ask them.

Of course, being the emotional coward I have always known myself to be—I couldn’t share these feelings with my fiancé. Instead, I let him believe that I was having fun and planning the wedding of my dreams. Even my friends would tell me, “You really want a big wedding—you don’t fool anyone with the whining.”  I think there are still people that think this way.

A wedding was planned—a wedding in which the only things I ever dreamed about were the dress, the flowers and my man. It took me two months to realize how crazy I became getting just imagining that day. Thinking about accommodating all those people, making them happy and trying enjoy something that, in reality, me feel really uncomfortable was wrecking my peace of mind. It was wrecking my body—my hair was falling out!

Anxiety is something that we all feel, to some extent—and it’s generally the result of a decision we haven’t made. Interrupting our inner-demons it’s a challenging dance, but it’s the necessary price we pay for the peace that comes with integrity.

This is why—after a morning that involved a lot of crying and talking with the women of my life (some of who still think I want some big wedding)—I armed myself with valor, and I told my fiancé what really I wanted.

He had a hard time understanding—and I had a hard time explaining it—but we both got to a point where we agreed it would be the best choice for everyone in the end. (Assuming, he wanted to marry someone who was still breathing.)

Just four months away from the wedding date, we reached this compromise—I’ll get my way, and we’ll have a small courthouse ceremony, but afterwards we’ll celebrate, sharing a meal with the 25 members of his family. (That’s way less than the initial list of 80!)

What I’ve learned from having the courage of talking openly with him and adjusting our plans—after already paying the deposit for the venue of the original wedding—is that it’s important to take care of myself. It’s also important that we both participate in making decisions that will eventually affect the health of our relationship.

The key was to find a balance, in which I don’t succumb to fear, but I also don’t expose myself to pain and awkwardness (like I almost did), in favor of appearing “normal” or simply making others happy.

As a result, I no longer wake up in the middle of the night worrying—and I no longer feel like my neck is made of bricks. In the past, I would’ve broken down two weeks before the wedding—with tears in my eyes and alcohol in my stomach—feeling guilty for ruining everyone’s day.

I now realize that anyone who really cares about me would never want to see me unhappy—and that communicating how I feel is the only way of freeing myself from the pressure in my chest and the worry in my head.

Consciously making decisions about what to do in certain situations will help keep us sane. The key is to stay grounded in the present.

How to Overcome Social Anxiety as an Outgoing Introvert. 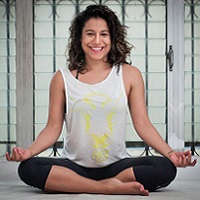