Two Principles to Help Us Deal with Body Shaming. 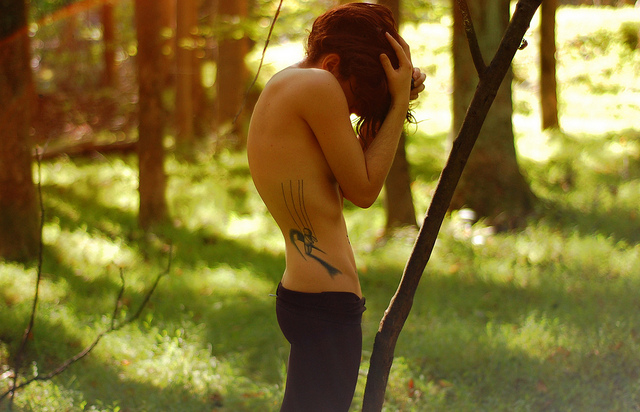 Body shaming is like an elephant in the room—enormous, unmoving and impossible to squeeze through the exit door.

At least this is what it feels like every time someone throws at me another “You’re too skinny!” followed up by advice to “eat something”.

I’ve heard it all from “Your boobs are too small!” to “Ewwwww” (yep, someone actually described my bikini body this way).

I am not here to pretend that these comments never bothered me.

When I was 13 years old every bit of body shaming put an extra nail into a coffin of my confidence. I was transforming quickly from a joyful girl who loved floral prints and

magenta nail polish into a rather taciturn teenager who wore mostly black and listened to gothic rock . By the time I graduated high school I had no self-respect whatsoever and did everything I could to avoid seeing my naked body in the bathroom mirror.

When 8 years ago I took my first yoga class my paradigm of body shaming and confidence started to shift. I will always remember the feeling I had after that very first class. I stood in front of the mirror and felt unusually still, grounded and content with every cell of my body. I kept looking at myself wishing to capture and hold this new state .

With yoga came awareness. After some meditation practice I realized that my brain is a clutter and I just might break a couple of limbs trying to navigate through it.

I took time to journal, to watch my inner conversation and see how I react to an occasional unwanted opinion from others.

Those of us who feel like every unpleasant remark about their body is an elephant that lands its heavy bottom right on top of their confidence will need to do a lot of work to change this. There is journaling and reading, meditation and yoga.

But at the end of the day, it all comes down to the following two principles:

1. Healthy relationship with ourselves.

I know from experience that mean comments from others are just one part of body shaming.

Today I look back and realize that the vast majority of shaming happened in my own head. Every unpleasant comment about my body was recorded and played back in my mind—by me. As a result, every single dialog I had with myself revolved around this tiny synthetic universe of “not good enough”. Shamers give us a mantra, but it’s up to us whether we repeat it or create our own.

As someone who spends six days a week on the mat or in the rock-climbing gym I was almost about to go into a lengthy monologue about the absolute need to work out and eat healthy, and it is important. However, if we don’t settle into an unshakable and grounded feeling of unconditional worthiness we are, pardon my French, screwed. Workouts and nutrition plans alone won’t cut it.

If we don’t weed out our own insecurities they will slowly re-locate themselves into our training regimen. This comes in many forms, be it feeling guilty for skipping a day at the gym or beating yourself up for eating a cookie (seriously, just eat the damn thing).

We have little or no power over what other people say or do. We can’t re-condition them to see beauty outside of today’s trends. The only thing that does lie in our hands is a choice to love and enjoy ourselves.

2. Compassion and tolerance toward shamers.

First of all, we need to take those people off the pedestal. They don’t hold any kind of universal truth.

It’s quite easy to fall into a trap of hating on body shamers or, even worse, wasting time trying to make sense of what they say. People pile up nasty words for different reasons:

Some say mean things about others because they are jealous. Some are afraid that if they don’t attack they will be the next target. And of course there are folks who talk before they think while simultaneously erasing everything they just said out of their memory. Yep, they exist.

Second, people who verbally abuse others are not confident people. Period.

They can fake confidence quite well, but the loose ends are showing every time shamers try to feed off other person’s insecurities.

When I was a teenager I took everything personally and thought that every verbal abuse held in itself some sort of truth about myself, while in reality it was giving away bits and pieces of information about the people who verbally abused me.

People who are confident about themselves don’t need to prop their feet on others’ self-esteem in order to climb higher. I’ve never seen someone who is comfortable in their own skin to go on a body shaming trip. It’s a power game and a desperate attempt to alleviate already existing pain.

Essentially, body shamers and their targets suffer from the same insecurities. The only difference is that one chooses to attack, while the other prefers to take the beating.

Finally, when we erase a line between “me” and “them” the urge to react is gone, and with it, any control shamers have over our self-respect.

Body shaming is a multi-faceted problem that keeps expanding within today’s society. I meet people who radiate a rare kind of beauty yet don’t believe they are beautiful at all. I also meet those who spit their harsh words out before they think and are unwilling to see how much of a negative impact their comments can bring. Both instances drive me crazy.

The only way to lessen this painful societal habit is to make a collective effort of loving ourselves and being responsible for the things we say.

Oh, and get that elephant out in the wild already.

We Cannot Shame Ourselves into Being Lovable (Body Shame vs. Body Love). 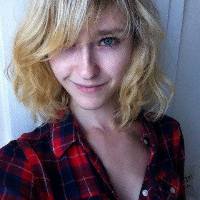