Understanding Fear Makes it a Choice. 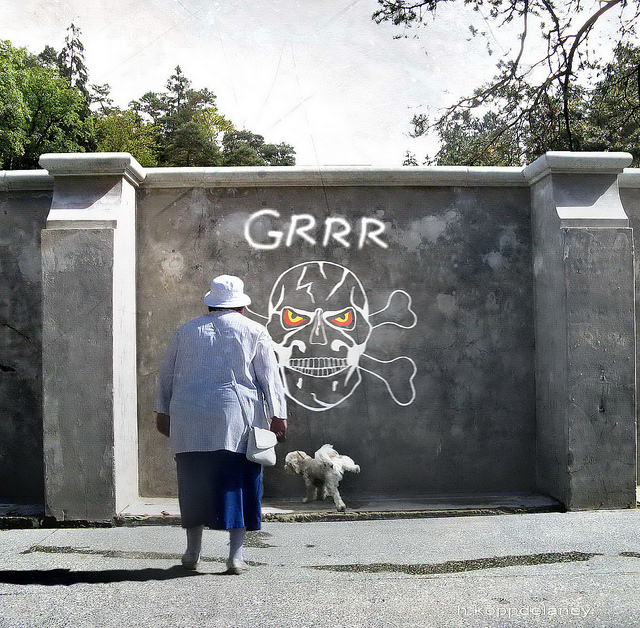 We’ve given fear quite a few acronyms over the years.

One of the most recognizable ones are “False Evidence Appearing Real” or another crowd favorite, “F*ck Everything And Run”.

And while these little memory devices might help reinforce certain aspects about fear, sometimes people use these acronyms or other methods to simply dismiss fear, without understanding what it’s about and how we can see fear as a choice.

Part of Buddhism is about identifying and understanding any and all of the five hindrances within ourselves on an intellectual level. Once that happens, then those hindrances become a choice. And while fear isn’t specifically mentioned when talking about the five hindrances, I believe it can be a major factor that feeds into many of them—which is why it benefits all of us to have a better understanding of how fear works instead of dismissing it.

A few years ago the New York Times published an article about why unhappy memories are more readily available in our minds. The article captured a quote from professor of social psychology Roy F. Baumeister:

“As with many other quirks of the human psyche, there may be an evolutionary basis for this. Those who are “more attuned to bad things would have been more likely to survive threats and, consequently, would have increased the probability of passing along their genes. Survival requires urgent attention to possible bad outcomes but less urgent with regard to good ones.”

While I would agree that this is part of the reason, the article also mentions how our fears have evolved in our modern lives. The obstacle, for the majority of us, is how we can move through our lives without being overly stressed and triggering our flight or fight response at minor things. This is where we need to be mindful of ourselves in relation to various situations in order to see that most of us don’t have it too bad!

But first, we need to understand a little bit more about fear.

In its own way, fear is our mind trying to protect us. The problem is, there aren’t nearly as many things we need protection from since our origins some 2.5 million years ago. So the mind, in its flawed wisdom, has evolved our fear into more existential areas. Instead of being afraid of physical dangers, now the minds of many focus on lots of ‘what if’s’  and ‘if only’s’  as a way to “help” us be prepared for possible negative/unpleasant outcomes. The trouble is, the mind ignores the fact there are literally millions of other outcomes that could happen.

Regardless if you’re a fatalist or into free will, the reasoning is still the same: either all outcomes have already happened and you’re just catching up to the choice you’ve already made or, nothing’s happened yet, there’s plenty of time to make a sound choice and you’re getting worked up over nothing!

Fear is your mind grabbing, perhaps even fixating, on specific ideas and thoughts then grabbing hold of more ideas and thoughts as we’re already holding on (and sometimes clinging) to other thoughts and ideas until eventually we’ve weighed ourselves down both physically and mentally. It’s easier to grab hold of a fear-centered thought because it’s partially our animal and human default—as the New York Times article explains. It doesn’t help that these fear-centered thoughts are often much louder than our loving mind thoughts. It certainly doesn’t benefit us that many aspects of today’s culture compounds our fearful thoughts by focusing on what you’ve lost or don’t have yet—thanks to copious adverts or the perceived popularity contest of many social media cultures. It also doesn’t help that some new studies reveal some fears might be passed down genetically.

And while our minds may create this scary monster of fear, many would agree the majority of it is shadow puppets. Fear is our mind getting in front of our face and sticking out its tongue!

But we’re smart; most of us recognize there’s more to the world than that.

Imagine if a total stranger walked up to you and without saying a word just started sticking out their tongue. That’s essentially what your mind is doing. In those moments, you have one of three options; walk around (embrace/ignore), smack ‘em (conflict) or turn around and go back the way you came (retreat). Now, none of these options are inherently good or bad, but each interaction carries a different set of outcomes. The trouble is, the mind may often try to fight back in some way.

Remember the words of Lao Tzu:

If part of the idea behind enlightenment is being present, fear is that part of our mind that tries to knock us out of the present moment of now, like a much more mercurial and subtle sumo wrestler.

No stress though. All this waxing on about fear can make things seem a little heavy, huh? There’s another quote by Alice Morse Earle that was reintroduced to prominence thanks to the movie, Kung Fu Panda:

“Yesterday is history, tomorrow’s a mystery, but today is a gift. That is why it is called the present.”

It’s easy to give ourselves the gift of the present moment. Through bevies of outlets like meditation, therapy, dancing, yoga (and other methods of exercise), artistic endeavors and a multitude of other options, there are many paths in this world to guide you toward the ultimate gift of being present.

It is with presence that we can not only recognize the inner workings of how fear manifests in our bodies, but we can also see how it moves through our daily lives. As mentioned at the beginning, once this is noticed, then our interactions and reactions to fear become a choice.

And when we know we have a choice, it makes things much more manageable and easier to move through.

When Fear is Present: Quotes to Inspire Courage. 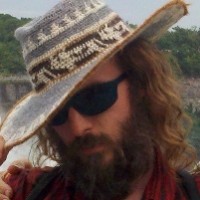