What a Walk Can do for You. 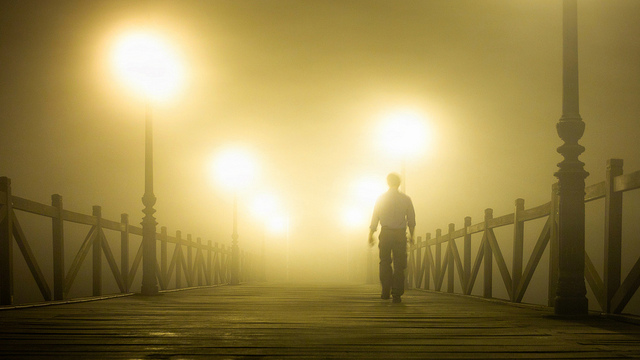 Most of us might not know the word, but we do know the feeling it’s used to describe. It’s the feeling of rumination, of the inability to stop thinking about all the ways our life has gone wrong.

This broken-record loop has become a part of our existence. It’s like a gloomy cloud that hangs over our heads and follows us wherever we go. So captivating, it steals our moments, hours, days until we realize it has stolen most of our lives.

Those of us who can’t recognize having the described feeling are the few lucky ones.

We all live in our minds.

We want that red car, we want that zillion inch TV, and we want that new recliner chair. We are conditioned to want all those things. We mistake our wants for our needs.

We can be so comfortably tucked in our ways and blinded by the possibilities of tomorrow that we never take a step back to re-assess today.

Well, what if we did?

What if we stole 30 precious seconds from the rat race to stand in front of a 150-yer-old tree and just observe it? What if, for a second, we allowed the possibility that this simple organism, in its peaceful ways, is superior to us?

In these “dust-in-the-wind” moments we feel the perceived gravity of our problems dissolve. We see many of our “problems” shedding their cocoons and revealing themselves for what they really are—worries.

But what is it about nature that changes the way we see our lives?

To those who give it a chance, nature has a magical effect on the very perception of life.

Is that it? Is it magic? Is it God? And most importantly, is it important what it is?

When those of us who have felt it try to describe it to our friends who are stuck in the mire of everyday routine, we realize it’s almost impossible. It’s not because these people are stupid or close-minded. It’s because we don’t speak their language, we can’t touch the ideas they hold.

I know it first hand. My best childhood friend is one of “these” people. All those decades ago we rejoiced hearing the same sound of an ice-cream truck, we found the same simple pleasures in throwing a baseball back and forth for hours.

Over the years, we drifted apart so much that it feels like we don’t speak the same language anymore. We still have a cup of coffee now and then and talk about the weather, with an occasional awkward silence that says a lot more about our relationship than any word we say to each other.

There was a time when I tried to instill some of my ideas about life into his worrisome existence, but it just didn’t happen. I felt it just couldn’t be done.

Getting through the barrier.

We won’t get very far by saying to a Wall Street banker, “You should take some time off and hike the Pacific Trail.”

They’ll look in our general direction, just out of courtesy, when in fact they’re looking through us and thinking about Apple stocks.

But not any more.

There’s a way to talk about these things to make anybody listen, even the bankers like my friend. We talk about studies and chemical processes of the brain. We talk science and numbers, that’s the language they know.

We’ll have their attention, even for just a fleeting moment. That moment can be more than enough to get the wheel going.

The science behind it all:

The link is very precise and direct—there is a reverse ratio connection between spending time in nature and the level of Cortisol, the stress hormone.

But what is the actual mechanism? How does it all happen?

This is what was the driving force behind the study of one Gregory Bratman, a graduate student at the Stanford University.

Brooding, the feeling that we mentioned at the beginning, has been directly linked to the activity of the brain known as the subgenual prefrontal cortex.

Mr. Bratman and his team scanned the activity and blood flow in that brain area before and after the walks.

After the 90-minute walks in the two different areas, the results showed a clear difference.

The volunteers who walked near the highway had pretty much the same amount of blood flowing to their subgenual prefrontal cortex, which by now we can freely call “the worry cortex”.

On the other hand, people who walked among the trees in piece and quiet, showed significant changes. They were dwelling much less on all things negative. The worry cortex was quieter. Simply put, they were happier.

This ends the “it’s great” argument.

Remember the banker friend I mentioned? The story was completely different when I talked about numbers and brain cortexes.

While I was telling him about the study, I could see it in his eyes that he wasn’t thinking about truly changing his lifestyle. He was thinking something along the lines, “If my mind is clear, my work will be better and I’ll get that red car.”

But that’s not a problem. Once we feel the benefits, the game changes. It stops being about our life circumstances and it becomes about one’s self.

It’s a shady tactic to get someone hooked on nature but it works wonderfully. My friend is a new, happier person now. He’s not hiking the Pacific Trail but he walks around his neighborhood for 45 minutes every morning.

He’s more aware of himself, of his thoughts, his arms and legs, his moments on this Earth. I can see it his eyes. I can feel it in our conversations.

He still wants the red car, but he knows nothing terrible is going to happen if he doesn’t get it. And it makes all the difference. 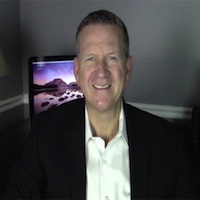