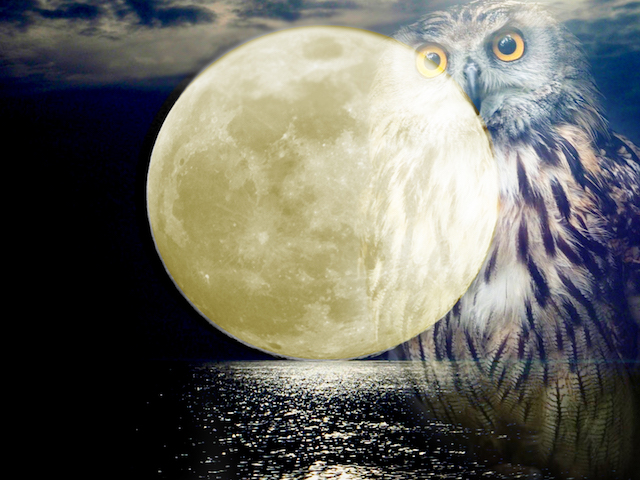 The first full moon of 2016 (and the last full moon of the Chinese lunisolar calendar year, if you’ll be celebrating Chinese new year on February 8th) is a stark, clear, illuminating moon that has the potential to offer great insight into where we stand with our independence, mastery and wisdom.

Themes of the January 23rd full moon in Leo are:

The asteroid Pallas-Athene (named for the Greek goddess Athena, also known as the Roman equivalent Minerva) has been dancing with this Moon cycle—which began with the New Moon on January 9th, and now she sits in opposition to the Full Moon.

Athena is associated with the owl, the seer of the unseen, and is said to gift exceptional sight so as to see beyond the visible. Pallas-Athene is a crafty, independent, powerful, goddess-of-all-trades. Just a few of the many areas she rules are wisdom, political strategy and victory, crafts, domestic arts, reason, intelligent action, arts and literature.

Athena is the goddess most suited to our current feminine climate.

She is worldly, work-oriented and powerful. Astrologer, Allan L. Lin, has called Athena the goddess of applied intelligence.

The Sabian Symbol this Moon, “(Leo 3°): A middle-aged woman, in her long hair flowing over her shoulders and in a braless, youthful garment.”

This description perfectly suits the energy of this Moon.

WeWe are partway through a period ofMercury Retrograde, which continues until January 25th and then is out of shadow (meaning we will no longer feel its effects) by February 1st, revisiting old dreams, hopes and failures—pulling what is still useful from the past, discarding what is weighing us down, and preparing to us plant a refined seed with new vision at the next New Moon, on February 8th.

A Full Moon is always a time of opposition between the Sun and the Moon, both of which will sit starkly unencumbered and uncluttered.

They are interacting with other planets, of course, but from a distance. There is a strong sense of individuality here, that is blossoming.

The keyword for this Sabian symbol is independence.

Sabian symbol drawings used to portray this degree of Leo have often related to a mature woman radically changing her hair against conventional expectation. One image portrays is of a mature woman defiantly cutting her hair into a bob (in the 1950s), and has received some adaptations, including a mature woman allowing her hair to grow long and flowing.

The concept beneath the image is “the will to meet the challenge of age in terms of society’s modern glorification of youth.”

And who could possibly know more about applied intelligence than the mature woman who has lived, transformed and chosen to go her own way?

Athena and the Sabian symbol are playing off one another at this time, the most noticable theme being a wise and powerful woman becoming illuminated.

The Full Moon is always a time of illumination, and during these deep Mercury Retrograde days of revisiting, restructuring and rebuilding, it’s important that we take note of what we are seeing.

Are we in alignment with our truth?

Do we honor our wisdom or do we defer to “experts?”

Do we trust in the sacred brilliance of the feminine, or feel it’s safer to play in the masculine realms, as they have become customary and normalized?

At the core of this Full Moon is energy is feminine independence, maturity, courage and transformative choices in the face of society’s expectations and demands.

There is an unmistakable undercurrent of women’s individuality surfacing, as if coming up from a deep pool of noise that’s drowned out our most essential selves, but also a deeper, collective embracing of the feminine within each of us.

It is a movement of people leaning into the collective, the creative, the healing and receptive and the visionary, as we begin to imagine an entirely different world—one based in a divinely distinct feminine paradigm.

1) Take some time to bathe yourself in the moonlight. Allow yourself to simply be at rest and to soak up the rays of the Full Moon.

2) Use a fresh page in your journal to answer these questions:

What am I the goddess of?

What areas of life do I rule?

What is my deepest wisdom?

How can I apply my wisdom more widely?

3) Place your writing on your altar or sacred space. Nearby, light a candle in a power color (red, orange or purple) and allow it to burn all the way down (if you can’t let it burn all the way, then snuff it out (rather than blowing out the flame). Keep lighting and snuffing out the candle until it has burned entirely.

4) Ask your guides for a dream message on how to more fully step into your power before you go to sleep. Upon waking, write down what you remember of your dream, even if it is just one tiny snippet.

Wishing you a blessed and illuminating Full Moon.

Stand in your strength and honor your wisdom. Athena has your back. 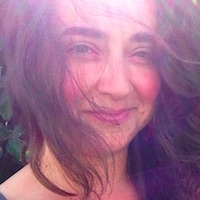