How to Know if He’s Just Not Ready to Commit to You. 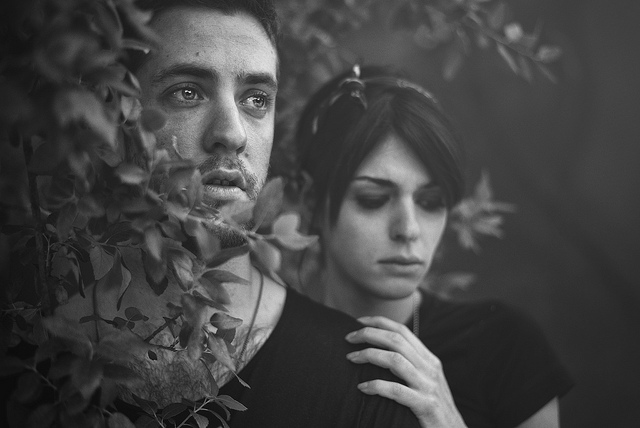 The topic of commitment is vast and complicated, as everyone defines it differently.

However, I think we can all agree that commitment goes beyond a signed paper and a ring on our finger.

To me, commitment is dedication. And with dedication comes: respect, compromise, friendship, loyalty and understanding, as well as mutual values, joining lives and putting time and effort into making the relationship work.

No particular vision or definition is right. Every couple has its own way of defining the commitment that they set together. Plenty of people think a man is not ready to commit if he doesn’t introduce you to his family. Others ascertain that he won’t let you meet his friends under any circumstance.

While these behaviors certainly raise a question mark, I chose to dig deeper and tackle other points. The signs I am listing might not apply to all men. There are hundreds of other actions that might assure a woman her man doesn’t want to commit.

Man or woman, every person deals with situations differently—especially when it comes to relationships. According to my own experience (and others’ I’ve noticed), these four signs are likely to ring true for men who aren’t ready to commit just yet:

Our futures are like a clear blue sky. Excuses are the clouds passing by. If a guy can’t see the blue sky yet, there is something undoubtedly wrong.

We might hear a lot of excuses when it comes to the existence of a future with our partner. Excuses can vary from “I’m lost and don’t know where I’m going,” to “my situation is really bad right now,” or “the timing is wrong for me.”

If we’re getting a lot of these, I suggest we raise two question marks instead of one. A man who truly wants to commit will always make the wrong time right. He will build bridges instead of walls.

Be it choosing where to have dinner or what to do on the weekend, a man who is not committed will continue to live as if he’s alone.

Relationships are the work of two people, but that doesn’t apply to uncommitted men. They will find it hard to think for two. Taking into account what you want becomes a difficult task to accomplish.

After years, some women may find themselves losing their lives and who they are because their partner never bothered to pay attention to what they want. We need to start noticing when our partners are doing solely what they want to do, when there is no compromise.

3. Your needs are dismissed.

Anything that has to do with the needs of a woman will become obsolete with a man who doesn’t want to commit.

Whatever she says won’t be taken into consideration. Whatever she does won’t be of any importance. If a man wants nothing serious from a relationship, why would he give any attention to his woman’s words or needs?

They may support us with words or assure us that things will change for the better. But in reality, he’s not fixing anything that actually needs work.

Being unfaithful doesn’t always mean a man isn’t ready to commit. Some people cheat after years and years of being thoroughly committed to their partners.

However, I certainly believe that a man who wants to commit will close down his options.

Betrayal comes in many forms and doesn’t have to be solely physical or sexual. A man can easily cheat through online chatting and texting, or through mental activities.  Whatever form infidelity takes, I think it’s a sheer sign that a man just isn’t ready to settle down.

These are all red flags, even if they end up having nothing to do with a readiness for commitment. Displaying any of these signs can become a hazardous ordeal for partners.

I think the best solution is to stay aware of any behavior that might set off the alarm system. Also, a woman who isn’t getting clear messages from her man on whether he wants to commit can always have a clear conversation with him and dot all the I’s.

What I’ve learned from my own experience is that the biggest, most unmistakable way to tell if a man is ready to commit or not is by simply beholding his actions. He can keep affirming that he loves you, that he wants you badly, that he will travel with you and build a future, but once it comes down to taking real action, you will witness none of what he claimed.

Remember that actions speak louder than words. You can never force your partner to truly commit if he doesn’t want to. Real authentic commitment comes from the core of your partner’s heart, without you pushing for it.

At the end of the day, you know your relationship better than anyone. So never, ever settle.

What Commitment Is (Not).