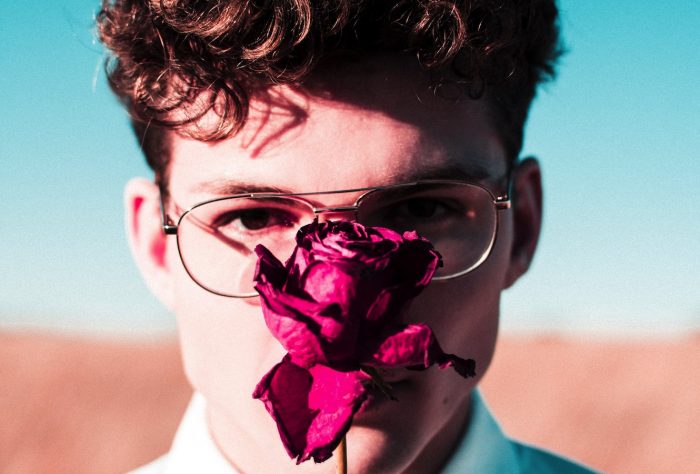 Love Bombing is a seductive tactic that is used when someone who is manipulative tries to control the relationship with bombs brimming with “love” right from day one.

It often takes place within whirlwind romances and is usually directed by sociopaths or narcissists.

During these relationships there is usually a pattern which includes three main phases: idealization, devaluation, discarding. These stages may not just happen once, the cycle can go round and round on repeat until either the abuser becomes bored or until the one who is the target sees through it.

Unfortunately, it is such a dizzying experience it can take a little while to grasp the reality of what is actually taking place.

This concept is known as love bombing due to the bombardment of actions that may appear very similar to “love” but that are extremely overwhelming and deliberately perpetrated. So much so that the bombing can effectively sweep people off their feet and cause high levels of infatuation, as the target is unaware that it is a manipulative means to gain attention.

The approach does not give the person being bombed time to think straight or to assess whether the bomber is genuine or not as the relationship moves through the stages at full speed.

Love bombing is initially carried out through excessive phone calls, text messages, emails, the constant desire to be in close contact whether virtual or physical and the desire to be connected almost every moment of every day.


Those who fall victim to love bombing may be at a vulnerable stage in their life and the love bomber swoops in and naturally seems to fill all the voids. They play close attention to painful emotional wounds, weaknesses and insecurities and will tell their target everything they want to hear and they often express dramatic displays of affection. However, anyone can be taken advantage of and can become a victim, so it is always best to be on guard.

Love bombers are masters at flattery; they will constantly be telling their target how much they adore them, how beautiful they are, how funny, talented, special, precious and any other sweet nothing they can think of. Love bombers will make their partner feel as though they are the only person in the world for them, telling them how grateful they are to finally be understood, what terrible previous relationships they had, how they have found the love of their lives and that they are for-sure certified soul mates.

It is a predatory and over the top move to lure and attract someone so that they feel irreplaceable and fall unquestioningly into their lair without the need for the love bomber to make any real emotional commitment. Love bombing is a one-way game, with the simple goal of destabilizing and derailing the person being targeted so that they become very easy to manipulate.

This means the one being bombed can quickly become co-dependent on the love bomber, especially if their confidence is low and it comes at a time when they appreciate the (false) validation and approval. Once dependency has been achieved and the bomber has received a vital energy feed that fuels their ego they will lose interest and they will no longer find the relationship fulfilling.

This is when they move on to the devaluation stage. The abuser finds this stage stimulating and just as exciting as the early days. As their victim’s self-worth has been determined by their words and actions, it is then simple for them to begin tearing the dependent one down, as they know which buttons to press to trigger emotions, exactly which wounds are unhealed and how to effectively rip at them.

If the one being targeted starts to question the sincerity of the relationship or stands up for themselves when they are being devalued, the abuser will turn the tactic up to full volume and rapidly work to cause the ultimate amount of devastation and destruction. They will be outraged that anyone has dared to question them, especially if their partner is asking for commitment, respect, honesty, authenticity or intimacy—all the things that narcissists and sociopaths refuse to, or cannot, deliver.

The manipulator will do this by becoming emotionally distant, withholding affection, blaming their partner for the downfall of the relationship, using silent treatment, moods or even temper tantrums to cause emotional torment. All of the initial flushes of romance dissipate and the victim is left craving the intensity of what they once knew. It is also quite likely that the love bomber will disappear for days or even months at a time to deliver a timely and crushing blow.

We might be wondering what the point in all of this is.

Basically, those who are out to manipulate are ruled by their frail ego. When the ego is weakened it will be looking to exert power and control to pump it back up. When someone is love bombing although their actions are insincere, the person who is in receipt of the love bombs will not initially be aware of this and they will no doubt return all the compliments, meanwhile, boosting the love bomber’s ego.

The victim will likely be feeling as though they have met their ideal partner and will be genuinely mirroring back all the words and actions as they believe they are falling in love and that they are so fortunate to have met someone so attentive.

Throughout every stage the energy-malnourished manipulator is looking for someone to top up their depleted supply. When it moves from devaluation and on to the discard stage, right when the one being manipulated feels they are strong enough to break away, the cycle goes back to the start to the idealization phase and the vicious cycle continues.

This is because the abuser will not be able to bear it if someone dares to walk away from them before they have declared the game over as their ego will be irrevocably dented.

Narcissists and sociopaths thrive on drama and they don’t care what form it takes.

This scenario is repeated and repeated until one or the other can bear no more.

Idealization, devaluation, discard. In any new, or even current, relationship these are powerful words to be remembered and looked out for.

The only way to ensure the end of the game is to break the contact and stick to it.

The Secret Language of Narcissists: How Abusers Manipulate their Victims. Gaslighting: The Mind Game Everyone should Know About. I Got “Ghosted”: The Effects of the Pervasive Cut-Your-Losses Silent Treatment. Why those Who haven’t Visited Narcissism Hell should Remain Silent. The 5 Love Languages of Narcissists & Empaths. Why many Empaths Struggle to hold down Relationships.
See relevant Elephant Video