Our Orcas are Failing to Thrive. 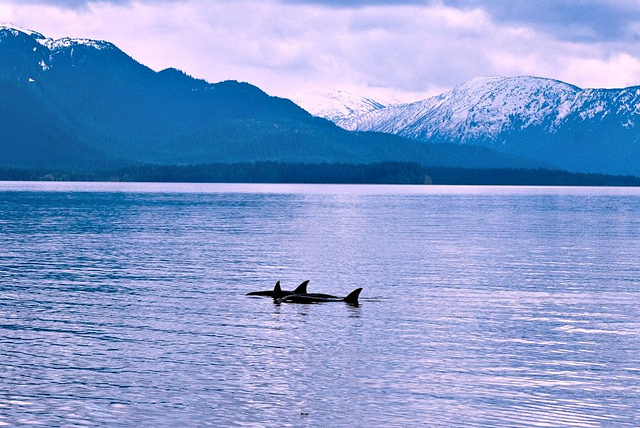 The sad tale of Orca endangerment at the hands of Sea World establishments in the U.S. continued last week with the announcement of the death of Unna at Sea World San Antonio.

Unna died of an infection from a strain of the virus Caddida. While Sea World veterinarians began treatment of the infection in September, Sea World does not say how long Unna was ill. Her medication plan was a last resort devised by their veterinarians working with kidney and fungal experts, and consisting of meds normally used for humans.

As the third whale to die at Sea World Antonio in the last six months, one can’t help but question the relationship between environmental conditions in their habitats and the possible compromise to their immune systems.

Activists say that too much chlorine may have been used in the water. Constant stress is also posed as a contributing factor.

Sea World disputes both of these suggestions.

I am not a whale expert. I do, however, live on an island in Puget Sound that is home to the J, K and L pods of 87 resident southern orcas. There are several babies among them and the pods appear to be thriving. Here on the island, we have an unofficial grapevine where we alert each other to the movement of the orcas around the island. When the call goes out, islanders flock to the beaches to witness the joyful frolicking of the pods.

“Joyful frolicking” is the phrase that immediately comes to my mind as I watch the pods speeding through the waters, leaping and diving—their bodies braiding with the rush of water streaming in their wake.

The pods travel many miles a day in this pattern, seeking their favorite diet of chinook salmon, and multiple generations of each pod remain together. The children never leave the side of their mothers during their lifetimes.

If I were a young whale, netted and carried away while my mother protested and mourned vocally at the side of the ship, I would soon develop the overwhelming sadness of mother and child separation.

In the human world, there is a condition in babies called “failure to thrive” that results in low weight gain and overall weakness. It can be caused by abuse and neglect. Veterinarians agree that this condition also exists in the animal kingdom.

If I were a whale, I would be terrified at the prospect of life in a concrete enclosure.

Orcas average 75 miles a day in their travels. How can a swimming pole be considered anything other than an inhumane form of captivity?

If I were a whale, once I realized that my day would not involve swimming miles and miles at sea with my happy family, I would surely develop psychosis. As a male orca, my dorsal fin would deflate and fall to the side—a rare occurrence in the wild—but true of 100% of the male orcas in captivity.

In terms of the psychological well being of this beautiful and intelligent species, Sea World appears to have done everything wrong. They have broken up pods. They have removed babies from their mothers. They have bred the orcas at fairly young ages and with little regard to pod genetics.

Sea World, when questioned by CNN regarding captive orcas, responded:

“The primary benefits are identical for any species in any accredited zoological institution: education and science. At SeaWorld more than 11 million people each year (hundreds of millions since our first park opened its gates in 1964) have experienced killer whales in a way that is personal, enriching and inspirational… It is our hope that every person who has visited SeaWorld leaves with a greater understanding of and appreciation for all the animals we display, including killer whales.”

Sea World further emphasized the devotion of their trainers to the orcas in their care.

Yes, their trainers are devoted. There is no disputing that. The trainers love the orcas and they have possibly fallen under the spell of the same propaganda that allows visitors to Sea World to experience the orca shows as something very different than what the orcas are actually displaying. The orcas are not jumping for joy. They are jumping for food. They will not receive food unless they do the tricks. So they do the tricks.

If I were a whale forced to live this kind of live, I would surely lose hope and lose my will to live.

Life expectancy for female orcas is regularly reported by Sea World to be 30 to 50 years. In the wild, however, orcas have the same life expectancy as humans, with some females—like the famous Granny aka J2— living to be 100.

If the orcas and other whales are dying are Sea World at younger than average ages, and becoming susceptible to considers that they have not previously experienced, except rarely, it seems to point to the fact that in the beginning the orcas had hope.

Now, forty years later, they are weakening. They are failing to thrive.

If you would like to learn more about the controversy of the orcas being held in captivity, see CNN’s Blackfish, a documentary.

Relephant Read: How to Save the Elephant with our Wallets. 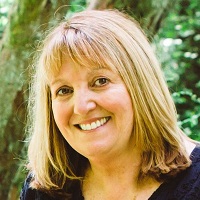