The Geriatric Unit: A Reality Check! 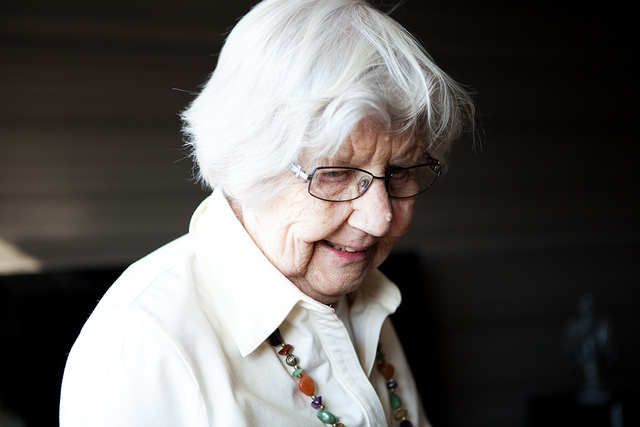 I spent the entire day at the geriatric unit of a hospital visiting my grandma. It’s not my favourite place on Earth but it was somehow magical and filled with love.

We will all be them.

One day, I might be in the geriatric unit of a hospital, left to spend my time in a bed, trapped between four walls. I might be looked upon like a child incapable of making my own decisions, when not so long ago I was the one running the show. How quickly the shift can take place, the very subtle shift from just being old to being old and treated like a child. I see it with my grandma and it’s not fun. It really isn’t.

In a short timespan we’ve gone from lunches and dinners, chatting and drinking wine to let me carry you to the toilet and watch you do number two. Don’t get me wrong, I feel honored to be by her side in these moments because even though we’re not related, she’s my family. I choose her. What I’m trying to say is that it’s important to let her keep some dignity and a certain sense of decision making. Yes she’s lost a couple of marbles and she’s physically handicapped but she’s a hell of a woman and I want her to still feel that way because I know she takes pride in doing things herself.

She doesn’t need a babysitter or someone to talk to her like she doesn’t understand. She doesn’t need someone to look down on her because she’s old and yes, a little senile. She needs compassion, explanations, normal conversations where she can keep some of her dignity. She’s not delusional. She knows she’s in a hospital, wearing diapers. That’s reality and there is nothing we can change about that. However, we can change our perception of it. We can for instance acknowledge our old people and make them feel worthy and significant. We can look at them with love and respect instead of seeing them as old fools. Let’s face it, most of Western society doesn’t really have much regard for elders,  and that’s what we can change—if not for them, for us. One day, we will be them.

I witnessed love today, in its purest and simplest form. My grandma’s roomie had a visitor, the lady who takes care of her building. This lady diligently comes twice a week to spend time with her. She doesn’t have to, after all it’s not part of her job, but she does. It just made me so happy to witness such genuine kindness and care. Another example is my grandma’s cleaning guy, Wilson. He comes to visit her twice a week. He’s been with her 35 years and just genuinely cares for her. They provide much needed love and attention, sometimes more so than the children themselves. These people are family too; family really has nothing to do with blood. This was living proof. We all are, when we choose people who become our family. The mere fact that we can meet another stranger(s) and create a family together just goes to show that it has nothing to do with blood.

I witnessed acceptance today. Yes, grandma says growing old isn’t all that fun when you’ve reached her age but somehow, she’s still graceful about it. She still finds a way to smile even though her days don’t offer much joy. She sits around waiting for time to pass. She has to put up with a screaming woman down the hall and losing her independence. It must have been hard but she’s accepted her situation. Most people in there with her, have accepted they will probably never go back to home and will end their lives in a retirement home with other old people just like them.

That afternoon, we talked and laughed. My grandma’s roomie put her hands to her head and said, “I’m 92, what did I do with all those years?” She went on to tell me about her life and stressed a couple of times that I should “enjoy my youth” and laughed at the fact that our ages were the same, reversed. We were both on one end of each other’s spectrum. We shared a couple of travel stories. I was quite amazed to learn that she had travelled to India in 1986, the year of my birth. She talked fondly of the Lake Palace and Indian people; obviously I grew fonder of her by the second. She also travelled to the North Pole and Burma amongst many other places. I asked her what she would have loved to do and she said, “work at a bank.” She lived through the second World War. When she was 15, she started working at her dad’s shop. He told her he didn’t have enough money to pay for both her education and her brother’s, so that was it. She worked. Then she got married and had kids.

I observed a 90-year-old General sitting with us at the dinner table, his life probably a tale for the history books. This man had been to war, led people to combat, probably killed other beings and here he was, just an old man, deafened by life. We tend to forget old people used to be young. We forget they are people… They are stories filled with achievements, grief, joy and experiences we cannot begin to comprehend. As I sat at the dinner table with them, I felt profound love and respect for all their experiences—some I hope to uncover on my next visits.

I saw beauty and resilience in these old people; it was such a remarkable lesson of humility and grace. There, in front of me, was a gentle reminder of our humanity, of the fatality of it all, the end we will all experience sooner or later. None of us are getting out of here alive. There was no sadness in experiencing this realization again. It wasn’t a moment filled with despair; it was real, oh so real, and raw.

I reconnected with my humanity that afternoon. They were so happy and thrilled to spend time with me, but really, they did me a favor. I was so grateful to learn from them, so thankful to share a moment of reality and love. It reminded me we are all connected souls.

Let us be more mindful of our elders. Let us remember they are human beings. Let us have compassion for their struggles and learn from their trials and tribulations. Let us feed our souls and minds with their experiences. It is, after all, the law of nature for us to grow old, surely there is a good reason why.

“The Little Boy and the Old Man” ~ Shel Silverstein 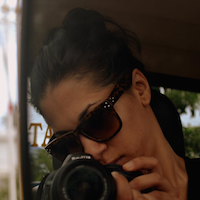