The Opposite of Ignorance is not Wisdom. 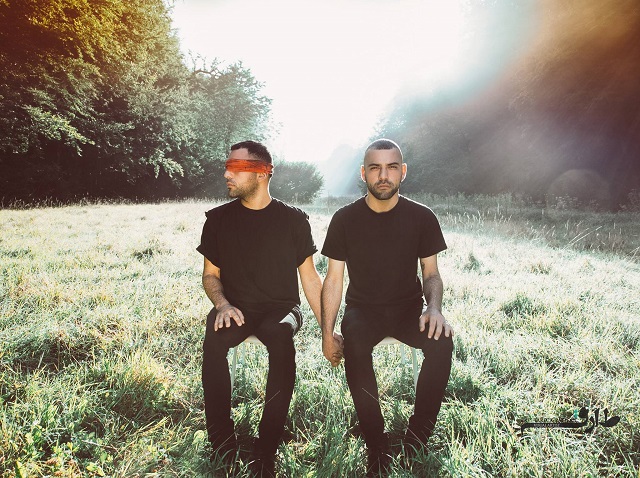 It started so subtly—my awakening.

In 1994, at the age of 22, I was living in rural Nebraska, a young farm wife with two small children.

We were God-fearing, salt-of-the-earth kind of people, working hard and trying to do what was right.

I thought I had the world figured out.

Right and wrong were matters of absolute truth, and the world could be easily divided up into good people and bad people. The power of prayer could overcome the power of evil, and in the Land of the Free and Home of the Brave, policy makers and law enforcers always had the best interest of all of us at heart.

Or so I thought, until my cousin came to town.

Richard was just a couple of years older than me. He was funny and kind, but most of all, he was passionate about helping others. He was a soul full of life and joy, even though his body had struggled with hemophilia—a disease that wouldn’t let his blood clot to stop cuts from bleeding or wounds from becoming deadly—since he was born.

One of the most common treatments, then and now, for hemophilia patients is replacement therapy. A blood-based protein is injected into a vein of a person with hemophilia to give them the ability to stop bleeding—and potentially save their life. Each vial of clotting factor is extracted from potentially hundreds of blood donors.

But in the 1980s, despite strong indications that the donated blood supply was becoming tainted with a new disease called human immunodeficiency virus (HIV) that was leading to a deadly condition called acquired immune deficiency syndrome (AIDS), the Red Cross and blood banks across America continued to provide clotting factor without testing or warnings.

Richard had contracted HIV. At the time, we only knew it as AIDS.

It had already taken the life of his brother and two other cousins who also had hemophilia, but Richard was determined to leave a legacy. He was fighting for legislation called the Ricky Ray Hemophilia Fund Act, which would help survivors of those who died from AIDS—like his daughter, who was unaffected but would soon be without a father—to not only pay for funeral expenses, but also to be provided with some reprieve from a death that should have been preventable.

He came to Nebraska to visit the statehouse to ask legislators for approval of the bill, recruiting me to his cause in the process. I was enamored by his passion for change, and shocked to be shaken from my idealistic view that the government and healthcare providers always did what was right.

He opened my eyes to many things along the way.

Our first stop was to the local chapter of the National Hemophilia Foundation. It was a quiet office where a single tired-looking man operated the front desk, phones, and all other duties. He and Richard spoke as I looked on, out of my element. “We’re almost all gone,” the man said with tears welling in his eyes. “My daughter, my friends. There will soon be none of us left.” AIDS had killed an entire generation of hemophiliacs.

Our second stop, Richard explained, was for reinforcements. We walked into a small brick building, and my heart stopped as we approached the name on the door of the suite where we’d arrived. It was an organization for gay and lesbian people.

The 1990s were a tough time to be gay or lesbian. The first public indication of a health crisis came in 1981. Soon after, beloved Reverend Jerry Falwell proclaimed, “AIDS is the wrath of God upon homosexuals,” a sentiment echoed in churches throughout the country, including my own, and even by the Pope. President Ronald Reagan’s communications director, Pat Buchanan, told reporters that AIDS was simply “nature’s revenge on gay men,” and the whole country, myself included, embraced that idea fully.

It was easy to see my cousin and other hemophiliacs as unintended victims of a disease meant to affect only gay and lesbian people.

After all, we reckoned collectively, God punishes sinners and rewards the good. It didn’t make sense to me, then, why we were at the door of the very people who brought this on.

“We need numbers,” Richard explained. “We are all dying, but these people are our reinforcements.”

We went in and Richard was greeted with a hug. Everyone was kind, and they were even funny. I was surprised at how normal they were. I felt slightly off kilter as my self-righteousness cracked beneath my feet.

Our quest continued. Richard and I went to the state house and talked to senators and congressmen who would see us. Most refused, but the two who did smiled politely and shook our hands.

The bill Richard fought for died in Congress in 1995. But when was brought up again, slightly amended, in 1998, it passed.

In the end, Richard won, but he didn’t live to see it.

I made the drive to Missouri to attend Richard’s funeral by myself. Over the next three days, I laughed and cried and listened to the stories of his dearest friends, many who were suffering from AIDS-related illnesses. Nearly all of them were gay men who had come to know and admire Richard along his journey.

I watched tears stream down the faces of young, gay men whose families and communities had turned them away. I heard stories of depression and suicide attempts—some successful. One young man, who I spent the most time with, had been put in an institution, drugged up on lithium, and given shock treatments to “cure” him of his gayness.

What resonated with me was that these people were human, and so caring and compassionate toward each other.

How then could they be the enemy?

The answer was that they weren’t the enemy at all. Our pastors, our policy makers, and even me—we were the wrong ones.

We had become fearful of what we didn’t understand. We had cherry picked verses of the bible and listened to propaganda that supported discrimination, and justified hate with claims of moral superiority.

My life changed after that. I began to question the world around me—my church, my political party, my most fundamental beliefs. In the decades since, I have reached out to the homeless, to minorities, to the poor, to refugees, and to so many other people who fall under categories created by those privileged enough to be heard.

I am beginning to understand the realities of institutional racism, xenophobia, homophobia, misogyny, and many other fear-based, ignorant, oppressive attitudes and actions that are alive and well in our society.

I see the pain caused when icons such as Donald Trump stand tall and spout intolerance, reinforcing the walls that divide and separate us.

At the same time, I have learned that the world is not as I once thought it was; indeed it is more beautiful, and more complex, than I ever could have dreamed.

Humanity is like an onion. Just when I think I understand it, another layer peels away and I realize it wasn’t what I thought it was at all. And the wiser I become, the more I find that I don’t know anything at all.

Which brings me to ignorance. I was once ignorant, and in some ways, I unintentionally remain so.

But the opposite of ignorance is not wisdom. It is compassion.

When we open our eyes and view the world through the eyes of another, caring about their struggles and seeing their humanity through a lens of loving kindness, we begin to see that there is far more that unites us than divides us.

Where ignorance shrinks us into tiny worlds where we build barriers and draw lines to keep out those we don’t understand, compassion expands us to become one voice, one humanity.

And it is compassion that will change the world, one soul at a time.

4 Ways to Increase Compassion In Your Life.