What I’m Doing this Election Year & Why. 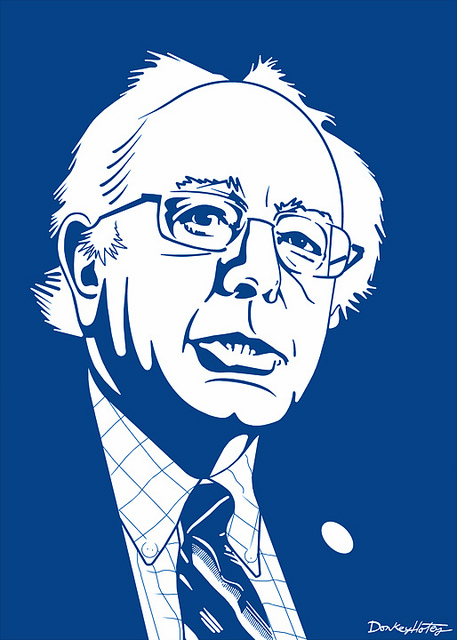 *Eleditor’s note: Elephant is a diverse community of 17 million readers and hundreds of writers (you canwrite too!). We are reader-created. We welcome all points of view, especially when offered with more sources and less invective, more frankness and less PR. Dislike this Op-Ed or opinion? Share your own take here.

Many of you know by now that U.S. elections are little more than a sham that give us the illusion of control over our political system when the truth is that the electoral and legislative processes have been wholly captured by Big Money.

The corporate-funded Duopoly, multi-billion dollar campaigns and Corporate Media ensure that only candidates approved by the ruling elite will make it into the office. Furthermore, it makes little difference who is elected, as no President can hope to overcome the entrenched interests that control our politics, and indeed our society. If you succumbed to this delusion in 2008, join the club—we all needed a little collective therapy after the trauma of the Bush years. But ultimately, to place any serious hope in this system’s capacity to change itself from within is delusional.

Five years ago, I would have been thrilled at the prospect of a Sanders or a Warren Presidency. But since then my enthusiasm for both has waned. Both disappoint on Palestine (an issue that for me is a moral litmus test), and promise to be little different from President Obama in continuing the current Imperial foreign policy. Obama too opposed the invasion of Iraq, but later became a faithful steward of Empire, embracing and extending the Cheneyesque vision of lethal U.S. intervention far from our borders, mass surveillance and gutting of citizens’ rights at home, and the State protection for the criminality of Wall Street. There is no reason to expect any less from a President Sanders or Warren on foreign policy.

Like all Presidents, they will be Imperial Presidents—not in the Nixonian sense of an empowered Executive, but in the Obamanian sense of reluctant servants of Empire, compromising their values in a Faustian exchange of minor reforms for overwhelming capitulation. On domestic policy there is more reason for hope. They not only understand elite control of our economy and political system, but they articulate it very well, and they have unusually credible records of fighting it.

We know the system is rigged. We know it’s not a question of “electing the right person,” but of a much deeper rethinking of how we organize ourselves on this planet and how we can truly address the colossal problems the current system has created. We need to show our rulers we will no longer play their game; jumping at the whatever bone they throw us every four years, criticizing the individual President when they predictably fail to deliver, and happily racing after the next bone.

If we vote, we confirm legitimacy on the vote as a mechanism for real change rather than a substitute for it. If we don’t vote, there’s no way to tell if our non-vote is a sign of awareness or apathy. Our non-participation needs to be smarter than this. A mass write-in campaign (say, for “Democracy”) is one possibility; a major push for a third party candidate like Jill Stein is another. But once we accept the fact that no election can deliver the sort of change we really need, we can finally see them for what they are: a way to send a message, spread awareness and change the debate. That’s why I’m voting for Bernie Sanders.

No, we can’t expect a Sanders Presidency to change the fundamental power structure, end Empire or to save the planet, but Sanders is as close as we may ever get to a bone fide anti-Corporate candidate. By correctly identifying the problem and embodying resistance to it, by taking on the very epitome of a faux-Left Wall Street hand-picked candidate, and by resonating in the way he has, Sanders has handed us our next opportunity on a silver platter to grow a national and global movement.

In 2003, tens of millions around the world marched in the largest protest in history against the threatened invasion of Iraq, with zero impact on U.S. policy. In 2008, we supported what we believed was a transformative candidate and, to the cheers and tears of a momentarily united world, brought him to victory, only to see our hope for real once again change dashed. In 2011, we came together spontaneously by the thousands in streets and squares around the country, against a backdrop of similar movements around the world, to reaffirm that same thwarted desire for transformation—only to see that effort fall two months later before the batons of the militarized police and the hatchets of the Corporate Media. Yet through all these raised and shattered hopes, all these passionately made and ruthlessly smashed efforts, a message was spread and amplified: that we are not alone, that so many of us “get it,” that our numbers are overwhelming, and that the powers that control our society are terrified of us, because they know their power rests only on our ignorance, apathy and failure to act.

This is not about Bernie Sanders—it’s about us. A Sanders upset over Clinton would be a well-deserved sendup for the DNC—and indeed, for the entire entrenched faux Liberal establishment—for its shameful reaction to the threat of their script being overturned and show them for the corporate gatekeepers they truly are. A Sanders-Warren victory in November (and I do hope and believe he will choose Warren as his vice president) would be the clearest possible message we could send as a people that we are fed up with corporate rule and will oppose it every way we can—including at the ballot box. More importantly, by coming together in our thousands and millions around a specific short-term goal, by meeting one another and talking to others, we have a chance to advance a far broader, deeper and truer revolution that can transcend the confines of electoral politics. No, it won’t be a revolution—but it could help set the stage for one.

Below is a list of 11 things that need to be done for our votes to really count. In the meantime, I plan to vote Sanders, contribute to his campaign and maybe even work for him—and I hope you do too.

11 Steps to Retaking the Vote:

3) Review and revise all districting to end all gerrymandering.

5) Make Election Day a holiday and facilitate access to polls for all citizens.

8) End the revolving in-door and conflicts of interest among public servants and government appointees (such as regulating industries they have worked for).

9) End the revolving out-door and post-office profiteering from policies supported while in office.

11) Reverse FCC deregulation and break up the corporate media cartels.

What have I missed?