Whenever I Feel Cynical about the World, this is what I Remember. 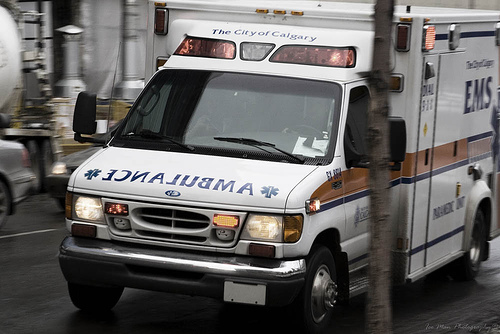 As usual, I was late.

I had thrown my children into the back of the car, in the hopes of having a play date at a friend’s house. But with three kids under three years old, I was in a constant funk. It was like there was a cloud of exhaustion and apathy around me I couldn’t escape as we drove toward the freeway to our much belated and far off play date.

I turned off the car radio—I couldn’t find room in my brain to think about people or things outside my own head.

As I turned onto the entrance ramp, I noticed a disturbing sight. A car had stopped, near what appeared to be a body on the ground. Without thinking I pulled my car to the shoulder. I told my three children, “Mommy’s going to see what’s wrong—stay here and stay buckled,” and ran down the ramp to what I was sure was a terrible accident, already dialing emergency services on my cell.

A man was pacing around the body. “I didn’t hit her!” he said, “I saw her running across the ramp, and she collapsed. I don’t know what’s wrong!”

Kneeling beside her, I put my fingers under her nose. I held my breath, and a second later, I felt a warm exhalation on my hand. Soon another car pulled over to help. Another man came running over.

“Is she injured?” he yelled.

I watched him take her pulse, feel her extremities. “Her hands aren’t cold,” he said.

“Yes. No, well, almost. I just graduated from med school. You?”

We gave each other an embarrassed, guilty look. It’s strange how insufficient you can feel when you’re suddenly in a crisis. When the 911 operator finally answered. I told her where we were, that there was a woman lying face down on the side of the freeway. I told the operator how to get to us, and hung up.

With what looked like tremendous effort, she tilted her head to the side, and looked at me.

She was old, very old, 80 at least. Her skin was deeply tan and wrinkled, and her eyes were black. She didn’t look like she understood a word I was saying. “Do you speak English?” I asked. “Comprende español?” Nothing.

The doctor leaned over and said something I couldn’t understand.

“I don’t think she speaks Vietnamese,” he sighed. “Do you speak Mandarin? We’re near Chinatown.”

“Ni hao?” It was the only Chinese phrase I know. Nothing.

“I should check on my kids,” I said, and started to stand. Her hand tightened around mine. I looked at her terrified face. “Do you want me to stay?” I asked. She said nothing, only rubbed the back of my fingers with her thumb.

I asked the doctor to tell my kids I would be back as soon as the ambulance came, and to make sure the air conditioning was still running. The old woman and I stayed on the side of the freeway for what felt like a long time. Occasionally she’d try to move, and I’d gently stop her. “You might have hurt your spine, wait until the paramedics get here.”

She kept a grip on my hand so tight my fingers tingled. Still I sat with her, telling her it would be fine, telling her about my children in the car, about my husband, how I had taken CPR, knowing she didn’t understand a word.

When the paramedics showed up they had a difficult time moving her onto a gurney—she still wouldn’t let go of me. I walked with them across the grassy median to where the ambulance sat. A police officer questioned me.

“Where did she come from?”

There were nine lanes of traffic. Walls along both sides of the freeway. “I don’t know.”

As they loaded her into the ambulance, I pried my hand from hers, placing it gently on her stomach. “You’re going to be fine.”

I told the officer I wanted to check in on her later, but he said no. I wasn’t family. It wasn’t my business. The doctor and I bid farewell, and I went on my way. But I was unsettled for a long time.

Since then, I’ve thought of her every day. Each time I take that freeway, my eyes find the spot where I sat with her. Whenever there’s a humanitarian crisis, I picture her, bits of dirt in her eye, scared and almost alone. I think how fortunate for her there was somebody to stop and help. Not just me, but the doctor, and the man who directed traffic. All of us. I wonder where she came from and whether there was anyone to take her home.

She was a stranger, and she trusted me.

She was a stranger, and something made me stop to make sure she was okay.

Whenever I feel cynical about the world, I think of that woman. I think that there are millions of people willing to do something helpful. I think maybe the world is a kind place.

I hope, wherever she is, she is safe. Every day.

Why I Give Rides to Strangers. 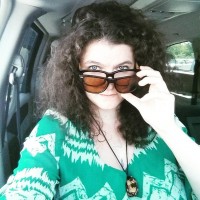