Surviving the Ups & Downs of Living in a Spiritual Community. 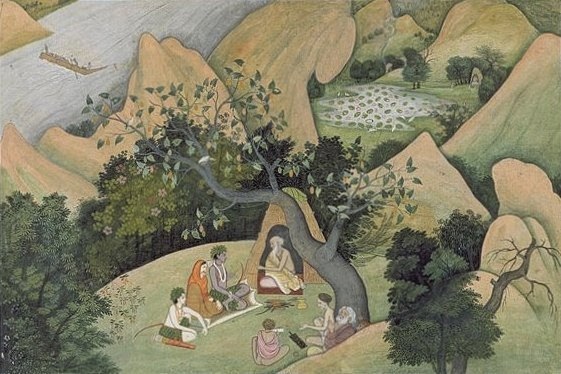 I went into a spiritual community called Diamond Heart about seven years ago.

This honesty, truth and directness was shocking to me at first.

It was the first time I heard a teacher say this in a spiritual community and it rang true with me. It was refreshing, because why waste my time if I cannot be honest with myself and others? And I needed to hear it. And we were all there working on our personal problems through meditation and feedback from spiritual partners and our meditation instructors.

Many people are under the misconception that when going into a spiritual community, all of the people will be kind, unselfish, compassionate and have all of the good qualities we yearn for. I felt the same way before I joined my first one.

Nothing could be further from the truth.

We are all coming in with problems. In the beginning most people are on their best behavior, but the longer we are together in the community, our problems come spilling out.

And we work on our problems through the power of meditation.

I always thought that I was being kind and the unkindness in the past had been done to me. But, by Alia saying that right up front, it made me sit and contemplate what my part had been in causing unkindess in other people.

When I first went into the Tibetan Buddhist Community in New York City called Shambhala, I thought it would be a social experience for me, but it wasn’t. Again, we were all coming in with our own problems and we were all attempting to transform ourselves and our problems.

If I made a connection with another person that was great, but what I learned was it wasn’t about the social connectedness. It was about learning to clean up my own act before I could help others. It was about facing my darkness and transforming it. It was about not laying blame on others for my mistakes.

It was about owning “my stuff.” Taking responsibility for my actions. It was about learning about kindness and compassion for myself and others and putting that into action. It wasn’t about being social.

Much of working on my problems has been through meditation.

Be it through the Buddhist path I chose, created by Chogyam Trungpa, the mindfulness path created by Joesph Goldstein or through Diamond Heart created by Almass.

What happens with me in each spiritual community is when I feel that my learning within each community has come to an end, it is time to move on. This has alway worked for me. Some people stay in the same community forever because it works for them.

Every community has their own practices for us to work on. Some of the communities are religious and others are not. It is up to the individual to choose the type of community they want to be involved with.

Being in one community for a long time, I had an a spiritual friend who I would have many conflicts with.

We would always sit down and talk about it and work it out, but what I would find is that two weeks later the same stuff would come up toward me with this friend. When I thought we had worked things out, I realized that I had worked it out and let it go, but my friend kept holding onto it and bringing it up again.

I learned to just stop talking about it with her because nothing was going to change. I said to her “every time I think we work something through with one another, you bring the same thing up again a few weeks later, and I realize it’s not worth talking about any longer.” She didn’t understand and it was frustrating, but I tried communicating it with love and compassion and again just letting it all go. And also it never took away my love for her. But again, nobody says that being in a spiritual community with the same people over long periods of time is easy. Because it isn’t.

I realized within these spiritual communities that we all come from different histories and cultures.

So much so, that when we are communicating with one another, one of us may not “get” what the other is saying, because our history has clouded our communication. That’s what I believe happened with my friend and I with the story I shared with you above. It’s happened with other people also and it made me see that communicating with one another, may not change their feelings about me and the situation wasn’t going to change, so I just had to let it go.

Being in spiritual communities, with the help of meditation practice, has mainly helped me accept people as they are and not the way I want them to be.

Of course, before this happened I first had to accept myself as I am.

It’s not easy, because sometimes my old ghosts come up and I want to be critical and judgmental, but through disciplining my body, speech and mind, I have created more peace in my life, which in turn brings more peace into the world. 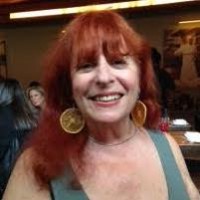