You Are Not in Control—So Surrender & Let Go. 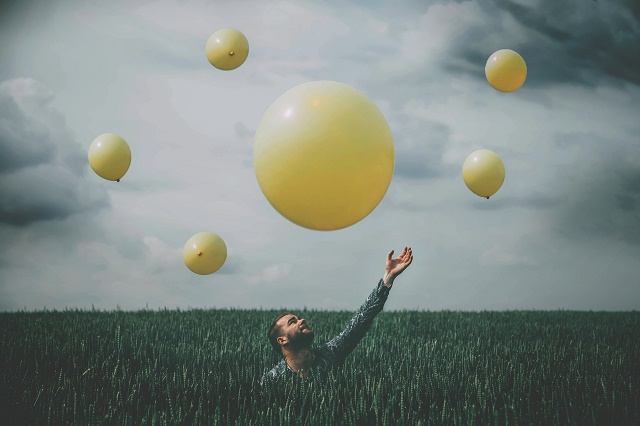 “If you want to make God laugh, tell him about your plans.” ~ Woody Allen

Last week I watched The Second Best Exotic Marigold Hotel, an enthralling film that shows how our lives can significantly change at any age and how letting go can lead us to an adventurous life.

At the end, I was struck by a quote from actress Maggie Smith’s character:

“You have no idea now what you will become, don’t try and control it. Let go. That’s when the fun starts. Because as I once heard someone says, “there’s no present like the time.””

I paused for a moment to contemplate the truth in those words. In the past, I have convinced myself I had control over my life.

Like many others these days, I was influenced by society. We are accustomed to planning—we plan what we will become and how our future will go. We’ve been brainwashed to believe that we need a fixed plan in the future or else we are doomed.

I was seven years old when family members and friends started asking what I wanted to be when I grew up. As I grew up, I realized that I had gone astray, but not because I didn’t have a fixed plan—it was because I did.

I realized that control is an illusion.

Last year, I backpacked in India for three months. I had spent an entire year planning this trip for March, and even though I had booked my ticket, I ended up going in June. Nothing was planned and, ironically, things fell into place better than I would have thought.

When I look back at the trip now, I chuckle knowing that it wouldn’t have been the same if I had traveled in March. I wouldn’t have met the people I met in June or had the same experiences during that time.

The truth is, things happen in their own time and not when we want them to. From the outside it seems as if we have the ability to change what’s static. And we have been lulled into thinking we are capable of changing the unchangeable.

But, are we really?

When I ponder this, I’m reminded of how many times we have failed in our planning.

We have all made plans that turned out differently. It can be as small as going out at night with one group and ending up with another, or something bigger, like spending the rest of our lives with a vastly different partner than the one we are with now.

It’s the same with birth and death. We can’t control being born or when and how we die (usually).

Our bodies offer further proof. These amazing machines work by themselves, without much control on our end.

And how about natural disasters? No one plans to die in or experience tsunamis and earthquakes.

Do we still think we are in control?

While we are blessed with conscious brains, these brains have also created a trap that has us believing anything is our choice. Chances are, there is a higher energy in control. We think it’s us, but it’s not.

Believing that we are in control gives us a sense of security. Because we loathe the unknown. Thus, the need to plan or control is highly rooted in fear—fear of things not turning out the way we want them to.

I admit that I don’t always know what I want. I’m not lost, but I’ve learned to adapt to unexpected circumstances. I’ve learned that when I think I want something it’s because the facts in front of me leave me to speculate about my desires. Because we don’t know the whole truth and it is only in the truth that the unknown resides—and this can never be discovered through planning.

It’s not wrong to plan, but to plan with a certain expectation in mind is wrong. We must acknowledge that things are moving in a certain direction that we are meant to walk.

Like Maggie Smith’s character said, letting go is fun. To surrender is to honor the present moment and hold respect for whatever it brings. Trying to control what is, is similar to being in a boat traveling upstream. We must stop paddling and trust that the boat is heading where it should be.

Surrendering means we simply “let things be,” because they will be as they are supposed to.