21 Facts you Don’t Want to Know if you Eat Meat. 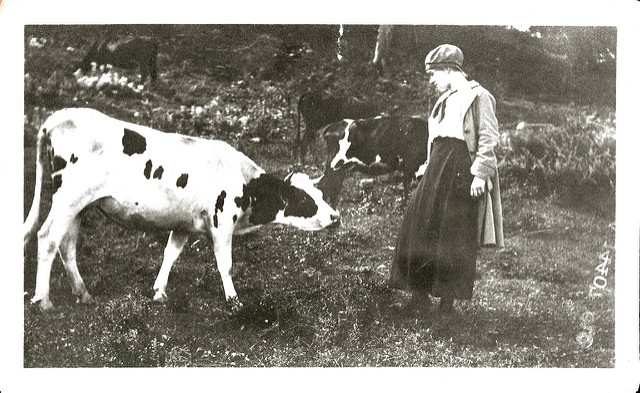 I’ve been vegetarian for 16 years and I’ve been vegan on and off for the same amount of time.

I’d say that right now I’m 95% vegan, with the 5% grace for yolo moments like a birthday cake, a buttery croissant in Paris or a cup of milky chai in India. On some days, that yolo moment is an amazing raw vegan ice cream like the one that was on my Snapchat yesterday.

I’ve seen free-roaming, loved cows in India that are treated like part of the family and never slaughtered. I’ve read countless stories about rescued cows that act like pets. Goliath the cow that thinks he’s a dog. This picture of Diane, the rescued hybrid dairy cow, who was a failed experiment and loves to have her back scratched. The rowdy cowgirl’s vegan ranch where she sings to the cows. Cows, like all animals, have feelings and are sentient beings. They like to be scratched, they run and play with dogs, they moo when their owners come home and sometimes even sneak up on the couch.

People have gotten on my case about being 95% vegan, but I don’t believe in ordaining our lives with region structures and legalistic rules. I also don’t necessarily believe that all animal products are harmful. What I don’t waver on is being fully vegetarian and I’ve stayed true to this for 16 years. The decision for me is part of a lifestyle built on yogic values, with the idea that the yogi’s course in life is fundamentally ahimsa in action. I believe that has to take root in body, speech and deed.

I don’t have all the answers, that’s for sure. But I know that I can make a difference in my world by eating a plant-based diet. And I’m not here to tell you what to do. Instead, here are some facts for you to consider:

2. To keep cows lactating at maximum yields, cows are artificially and forcibly inseminated year after year. The constant cycle of forced pregnancy and birth creates a huge surplus of calves.

3. Dairy cows’ overworked bodies begin producing less milk at 4 to 5 years of age, at which point they are slaughtered. In natural conditions, cows can live anywhere from 20 to 25 years. Of the 9 million dairy cows in the U.S., 3 million are slaughtered for meat each year at only a fraction of their natural lifespan.

6. Growing feed crops for livestock consumes 56% of water in the U.S.

7. Nearly half of the contiguous U.S. is devoted to animal agriculture.

8. Cows produce 150 billion gallons of methane per day. Methane has a global warming potential 86 times that of CO2 in a 20-year time frame.

9. Animal agriculture is responsible for 18% of greenhouse gas emissions, more than the combined exhaust from all transportation.

10. Even without fossil fuels, we will exceed our 565 gigatonnes of CO2 limit by 2030, all from raising animals.

11. Every minute, 7 million pounds of excrement are produced by animals raised for food in the U.S.

13. There are 9 million dairy cows and 90 million cattle in the U.S. producing 6.71 million pounds of waste per day.

14. 1 to 2 acres of rainforest are cleared every second.

15. The leading causes of rainforest destruction are livestock and feed crops.

Two of the most common response to these facts are: white privilege and food deserts.

I’ve researched food deserts in the United States and let me just say, where there is a will there is a way. If there is a supermarket they sell fruits, vegetables, rice and pasta as well as meats and other animal products. Any restaurant in the U.S. is ready and able to modify a menu item for a customer. You just have to stand your ground and say that it really matters to you. I’d love to hear from a vegetarian or vegan who lives in a food desert who would be willing to share their experience of transitioning to their new diet while embracing their environment.

Many people have commented that it’s easy for me to adopt a mostly vegan diet and lifestyle because my position of privilege. My answer to that is experiential rather than factual.

Over the last 16 years I’ve traveled to India yearly. India is home to some of the poorest people in the world who lack access to running water, electricity and other needs the average American would consider a necessity. The majority of these people are vegetarian. What makes the difference?

India has a rich history of culturally embracing a vegetarian diet based in the moral and ethical tenet of ahimsa, non-violence. As such, the staple of many meals is the vegetarian rice and vegetables and people are not left searching for “meat.” My argument would be that, while I am certainly a member of a privileged group of society, the real white privilege is in the paradigm of subjugation and domination that pervades the Western world—industrialized animal agriculture that turns the lives of beings into factories for food production is the real culprit of the hegemonic power structure of income inequality. The very notion that we have a “right” to commercialize a being’s body for profit and alter its genetics to maximize output is the essence of privilege. And this paradigm is both tacitly accepted by all who unquestionably eat meat and subconsciously perpetuated by all members of Western society who fail to take the time to question it. Once enough members of the American society start questioning this paradigm there will be substantive shifts in our philosophy.

But perhaps, before we can learn to respect others we must learn to respect ourselves. The first step always begins with pointing the finger back at ourselves and taking responsibility for who we are and how we live. To do anything else would be to lean back comfortably into the arms of a privilege that is simply outdated.

The facts above present a larger question about who we are as a society and what we value.

I will not judge anyone for eating meat, eating dairy or eating vegan. All I really ask is that you are mindful about what you do and who you are. Think for a moment about what your core values are as a human being and then take actions that are in alignment with them.

Patience, tolerance and humility are important parts of what it means to be a yogi for me, so my actions are washed up against these and a few other key values. What matters to you? Take time to think about it and then follow that thought train to the consequence of making your whole life a reflection of what you truly value. Perhaps if you really want to have milk and dairy products, you need to get your own cow? Or at least, you might want to consider building a relationship with a biodynamic dairy farm that treats their cows like pets and never sends them to the slaughterhouse or separates them from their families.

Isn’t it better to take conscious action and live life on purpose than merely letting the status quo determine our truth?

Be bold and brave enough to be your own person, whether that means you apply for a hunting license to take moral responsibility for the meat that you eat, whether you have a cow as a pet because you want truly organic and humane diary or whether you decide to follow a vegetarian or vegan lifestyle. 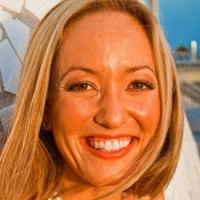