A Surprising Strategy for Coping with Difficult Emotions. 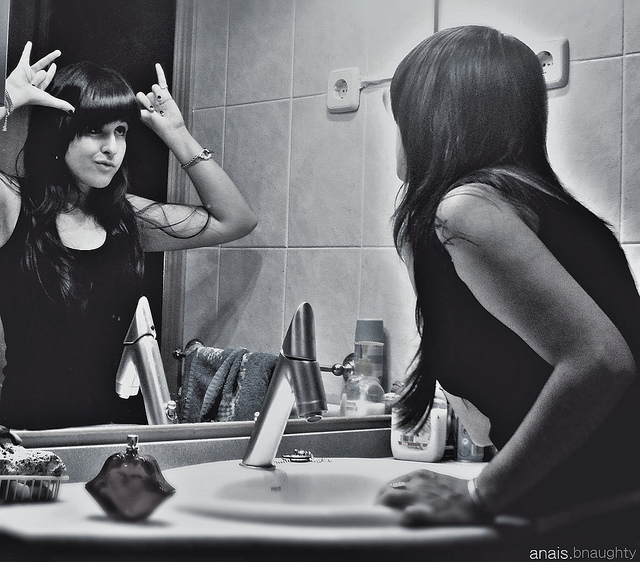 “In the face of negativity, one should cultivate the opposite view.” ~ Patanjali, Yoga Sutras

Lately, I have found much peace in cultivating the opposite.

When I’m in the midst of fear, anger or sadness, my tendency is to think that the feeling will last forever. I either embark upon a huge self-improvement project to become a more loving and happy person, or I wallow in self-pity about how my 10 years of mindfulness practice have done nothing to improve my neurotic state.

Either way, I resist, in fear that the negativity will engulf me and take over as my shameful evil twin.

There is a new alternative that has been giving me much comfort lately, and that is allowing the negative emotion to surface, while at the same time, giving some room for its opposite. This can work with the emotion itself, as well as with the belief that it holds.

Just the other day, I was having some negative thoughts about a particular person. I find her quite frustrating at times, and I was feeling angry and annoyed. I took a moment to open to the thoughts and feelings of anger and annoyance, but I also made room for some forgiveness and acceptance of her as she is.

These positives were very small, but they were there somewhere, and I was able to cultivate a small sense of opening and grace toward her even while I was still angry and annoyed!

I was feeling guilty for not doing enough for a friend, and I asked myself, what is the opposite of guilt? In this case, it was self-confidence that I was already doing a lot to nourish our relationship. This eased some of the guilt as I realized that it came from trying to please and fix him, rather than from being authentic to myself.

I feel tired and resentful that nobody is helping me with the dishes. I am angry. Why is nobody helping me? Does nobody notice that I do the dishes all the time? Is this really all my life has come down to, doing the dishes over and over again?

Why do we even bother doing the dishes, we just keep getting them dirty! This is insane!

Life is really quite pointless, all I ever do is dishes.

Note: anger in the body. Tension in neck and shoulders. Hunching in the belly.

Belief: I am worthless because I only do dishes. Nobody loves me because they don’t help me with the dishes.

I am worthless and alone.

Then I wonder what the opposite would be to this anger? Can I make a tiny bit of room for compassion?

Can I acknowledge myself for taking care of my family by doing the dishes?

What would compassion look like in the body? Can I open my chest up and relax my shoulders? Can I relax the belly, even a little bit?

If I feel I am worthless and alone, can I also feel that I am worthy and loved? If so, what would that look like? Could I ask somebody for help with the dishes, or take a break to do something nourishing and come back to it later?

Suddenly, the disaster that was doing the dishes can even become an act of self-love. I have profound choice in what I do, how I communicate to myself and others, and the meaning I give to my actions. I am free.

I have found in using this technique, the opposite emotion or belief is not always clear, and not always the same. Yet when I remember to open up to even the possibility that there is an opposite, and that the opposite is available to me at any moment, I am no longer stuck.

Ultimately, cultivating the opposite can bring us to a place that is much bigger than the emotion or belief that is bothering us.

Negative emotions can often make us feel powerless. When we are brave enough to let them in,
while also allowing for their opposites to shine through, we recognize that we are capable of responding to any situation that life may present.

Slowly, we begin to gain a sense of mastery over our lives, and recognize that not only are we not powerless, we are powerful beyond measure. 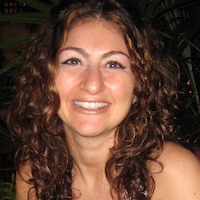