An Apology to Men from an Independent Woman. 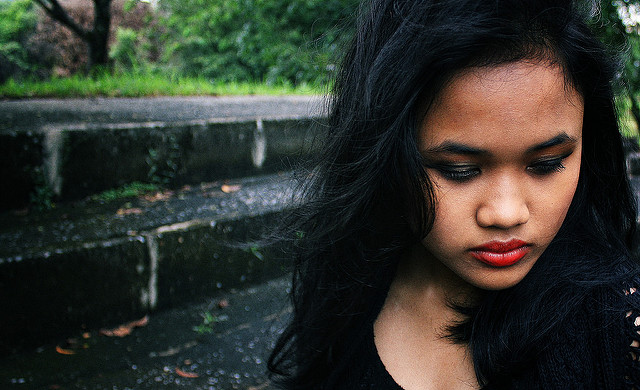 As an independent woman who has learned a lot of hard lessons, I have something to say to the men: I owe you an apology.

I am truly sorry.

I am sorry for all of the labeling and stereotyping I have done to you throughout most of my years here.

I am sorry for my ill treatment of you.

I have judged you, labeled you, scorned you, stereotyped you, competed with you, shunned you, bullied you and often treated you, well, like sh*t.

In short, I made it impossible to be enough in my eyes.

This behavior wasn’t fair of me, nor was it right. For this I offer my sincerest apologies.

I don’t want to be compared with anyone else’s actions, yet I have grouped the entire male collective together for most of my life. In the same way that I don’t want to be judged for every single crime against humanity perpetrated by my European ancestors, I will stop judging all of you for the actions of a few.

I can’t stand being forced into a box or a label. I really dislike when others try to make me fit into some neat little package that just doesn’t fit—it irks me. If I don’t want it done to me, then I must stop doing the very same thing to you.

In order to change the behavior I must acknowledge it and set the matter to right. I will no longer judge the lot of you by the actions of a corrupt few patriarchs who seem to be more evil than human.

I will cease judging all based on the actions of a few. I will further deepen my practice of reprogramming the habit of generalizing others. I offer you this amends in the name of peace.

As I reunited with my own humanity and divinity within, I came to see the interconnection of all living things.

As I practiced mindful living, I came to notice my inner dialogue.

As I came to love myself and to exist in a state of harmony and balance, I ceased having the need to judge myself or others. I stopped labeling everything and everyone because I no longer felt the need to build walls between myself and the world.

I met a man and I fell in love. He showed me the beauty to be found in men. I see in him all the characteristics I once believed men were incapable of having. I vehemently denied your ability to care and to love. I told myself men were cold, heartless creatures incapable of affection until I believed it. I didn’t believe you could be soft, and when I met one of you who was soft and loving, I placed you in a box of “needy and clingy”—I ran in the other direction.

I blindly lived life convinced that you had no emotions. See, I was cut off from mine, so I reflected this out onto you. I believed that everyone else—especially you—was existing in the same state as I was; that of an intellectual prisoner cut off from their emotions.

I know better now, which means I can do better. I can’t change my behavior in the past, but I can discontinue it in the present. Every day my other half, my divine counterpart, teaches me something new about what it means to be a sensitive and beautiful soul, living a human existence in a male body. He brings out the best in me—the softness, the love, the affection. He slows me down and reminds me of what’s important on the days my ambition and drive try to take me hostage. This is so valuable to me. I can now treat each man who crosses my path with a level of respect and dignity, fitting to my divine equal.

We learn from each other because we are committed to our love. We change each day, and we grow together because we have no need for boxes. We are equal.

Not superior, not inferior, but equal. As we all are. We just need to remember.

In a world where we are constantly dividing amongst ourselves, and fighting for equality of gender, race or religion, I am tired of fighting and comparing, labeling and judging.

Some reading this may say “well, that’s easy for her to say, she has never been…fill in the blank”—this thinking is part of the problem. I have been abandoned, hurt, assaulted, raped, left in the dust, cheated on, lied to, pushed around, verbally abused, and robbed at gun point, all by men.

So, yes I have been a victim many times. That is the difference. Victim is a choice and I no longer choose it. I instead choose empowerment, and part of this is forgiving, as well as owning up to my part in things. Just like I didn’t deserve the things that happened to me, all of the men I mistreated in retaliation for what others did didn’t deserve my treatment of them.

Just as I don’t deserve to live under a burden of hurt and trauma any longer. We can be free. We can break down the walls.

Walls divide, and I no longer seek division. I seek love and unity, and to get there we all must heal wounds which have been festering for centuries. I forgive the errors of those who came before us. We will never achieve peace without forgiveness. All the “I’m sorry’s” in the world won’t correct the ills of the past. No monetary payout can undo what has been done.

The only way forward is forgiveness and a commitment to ceasing the behaviors, and actions which brought us to this place. This path lies in divine love.