Relationship Detox: When the Partner is Our Addiction. 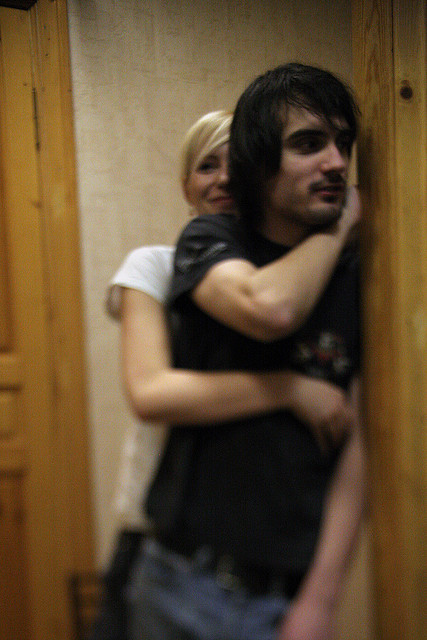 I recently cut my hair.

Though it was a drastic change, most people I interact with daily didn’t even notice.

But that was okay. It felt amazing to shed the weight and to feel a change.

A friend quoted Coco Chanel to me after learning of my hair cut and said, “A woman who cuts her hair is about to change her life.”

Only days later, I decided to sell the furniture that I had for the duration of my relationship with my ex-husband.

Soon after that, within days, I decided to shed my addiction.

The older that I get and the more I learn, the more I believe that we are all addicted to something.

“Addiction” may seem like a frightening concept but if we really analyze our lives—if we really dig deep—we’ll find a vice.

Within the last year, I finally admitted this is an actual thing. Being addicted to a person—codependency—is a real thing.

We’ve been divorced for over a year and separated for over two. People get divorced every day and move on—but with addiction, it’s not that simple. I never completely quit him. I never allowed myself time. I never kicked the habit. I never gave up the high.

This is an addiction that lives deep in my soul. This is an addiction to the person I once saw as my second heart. The grieving became too much, and the loneliness became even more. I would dive right back into text messages and calls and obsessive thoughts, just wanting a fix—because on some level I thought it would make me feel better.

I could not handle being dope-sick. It’s a weakness.

I never planned on a complete reconciliation. I never wanted another marriage to him or cohabitation. I just wanted him in some form. I wanted him to love me or just want me. I wanted some semblance of a family—even if I had to force it. I wanted him to be different than he was, to change his bad behavior and shed his own addictions.

With or without those changes, though, I still wanted him. I wanted the safety net of him, the support. I wanted the late night texts and the random intimacy. I wanted to dismiss all of the betrayal and pretend that this hybrid of a relationship we had was okay.

It was unconventional, but it was okay. I tried to convince myself that it was good for me and my daughter.

He said he wanted me, too—only his actions would prove otherwise.

But then the rules are stretched and a bigger dosage becomes the new rule.

And then there’s an event—an overdose of sorts—as there always is with addiction. There’s a rock bottom moment where we finally realize how bad it is and wonder what the f*ck we’re doing to ourselves.

It is here that the danger is clear and the denial subsides—we have to seize these moments of clarity and use them to escape. For good.

Some addicts have had several of these rock bottom moments and we just hope that this time will be the one that will stick.

The first hours were strong and full force, cold turkey. There’s a fierce confidence within those initial hours and a certainty that I will never look back. I was empowered by my independence and my courage to move on.

The reality is there staring me in the face. I am alone and I have to find a way to be okay. In reality, I have been alone for a very long time and my drug of choice has only been there to lie to me, pretending to ease my pain and fill my void. It’s a pseudo-effect, a pacifier.

I have to break the habit—that’s the simplest answer to addiction: it’s just a habit that must be broken. Because with most habits that lead to addiction, it can literally or metaphorically kill you. By being addicted to this person, I am giving myself away piece by piece. I am killing my spirit.

I become unrecognizable to myself in the throes of addiction, as many of us do—how can we not if we’re giving so much of ourselves to someone or something else?

It dims our light. It prevents us from being our truest form.

Every time I use again, I am telling myself that it’s okay to keep feeling betrayed, that more lies and empty promises are acceptable.

I am saying it’s okay to settle for someone that cannot offer what is needed for me (us) to have a fulfilling relationship.

Every time I go back to him, I am sending a message that all of this is enough—not only for myself, but also for my daughter.

I’m teaching her that a person who should be a partner but is too caught up in self desires, is acceptable on his part-time schedule. No. No, this is not what I am willing to allow her to settle for in life.

It’s not about winning over this addiction—no one really “wins.” There is no medal. But it is about surviving it and finding a greater version of myself through the process.

I know I’m here somewhere, whole and complete—we are all complete on our own if we allow it. This ideology of having a “better half”—or even an “other half”—is complete and utter bullsh*t. We are not all halves walking around in need of someone else.

Getting out of this mindset is crucial to my healing process.

They say that 21 days kicks a habit. This is day six—I’m dope-sick and still in pain. But it is better than the alternative of self-destruction.

Freeing my heart of this will allow for so much more on the other side of the pain.

This shedding is cleansing.

I will not give myself away anymore. 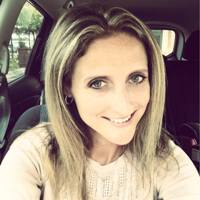