Routine Has its Perks. 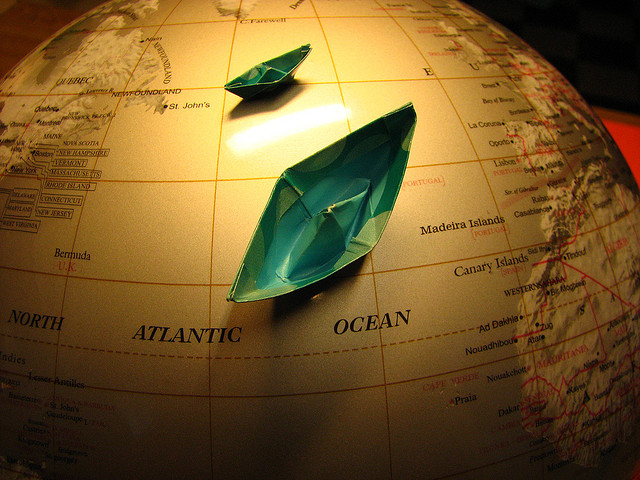 The gap year: the ultimate self-exploration exercise and example to society of one’s independence.

If we miss our chance before or after university, chances are we will catch up with everyone else and take a sabbatical year off work later in life. Travelling is sold to us as a means of discovery and a rite of passage. We are bombarded with inspirational travel quotations, telling us to “just go” and that “travel is the only thing that makes you richer.”

“For my part, I travel not to go anywhere, but to go. I travel for travel’s sake. The great affair is to move.” ~ Robert Louis Stevenson

In the past I wholeheartedly agreed with such statements. Why just stay in our little corner of the world when there is an entire planet to explore?

“Life is either a daring adventure or nothing.” ~ Helen Keller

Shortly after my last trip to India, I was talking with a friend of a friend. Upon mentioning “India” his eyes glazed over and his intonation changed, as if he had entered a drug-induced state. Among others things, he said, “India is so colourful, the people are so poor, but so happy.” The situation isn’t quite as black and white as the preconceived images we might have and consequentially search for in the countries to which we travel.

This need to idealise the places we dream of is not new—it’s a hunger mankind has had since the dawn of civilisation. The Italian poet Giacomo Leopardi was saddened by the discovery of America, a land which had previously been a mystery to Europeans who often dreamed of the magical land in the West. Our contemporary land in the west could be considered Mars, though inevitably this bubble will burst in the not-too-distant future, as we “discover it.”

Despite travelling a lot as a writer and photographer, I don’t actually love travelling.

Travelling is beneficial in many ways, but it isn’t inherently the “ticket towards self-discovery” it is often marketed as. Surprisingly, living with a base and a routine has allowed me to learn so much more about myself than travelling, though travel enables me to fully appreciate the fortune I have to live the life I have.

If you’ve seen the Pixar film “Up,” you’ll have been reminded that in order to have the most exhilarating and meaningful experiences in life, you don’t need to have done extraordinary things. Routine—often rejected by free-minded, creative people—also has its perks.

Settling means adorning our habitat, working on our relationships, our craft and most importantly—ourselves.

Ashtanga yoga is similar, offering yogis a set routine rather than a seemingly random sequence of moves. The advantage of practising Ashtanga yoga is we see how our bodies behave on different days doing exactly the same sequence of postures. Some days we feel super flexible, while other days we feel tired and stiff—we really get an in-depth knowledge of our bodies. Life is like that too. Maintain some type of routine in a fixed base and you will really get to know your mind and feel in control.

Having a routine also allows us to do other things on autopilot, allowing us more time to be creative.

Staying put gives us a more in depth understanding of the community in which we reside than travel, which only really allows us to touch the surface. Living in many countries or through many languages, we are reminded of the universality of human behaviour, after getting past a few unfamiliar details which manifest themselves as culture on the surface.

Travelling, we see the beauty, but we eventually also see the suffering, inequality and monotony of many people’s lives in countries less fortunate than our own. We know a little better what is out there, and we feel that vacant space where mystery used to reside.

Is travel then futile, if in the end we will be disappointed and seek routine and a base?

No. For one thing, those of us who travel learn one really important worthy thing, probably something that is even more valuable than the culture and worldliness we gain from travelling. Eventually, there comes a point where we discover everyone is wrong about other countries, cultures and religions—stereotypes and generalisations are damaging, and we will find diversity within each new place we go.

Travelling overland, we notice culture changes gradually both within a country and across borders. We learn nationalism is a political tool that uses “hate of the other” to unite and separate people; amplified to extend to a large imagined community who know little about the majority of their fellow countrymen, and yet are forced to feel some sort of contained empathy which they do not extend to other imagined tribes. We are supposed to feel more in common with someone on the other side of the country, who perhaps live 500 km away, than with someone who lives 50 km over the border.

Meaningful travel may well help us extend our empathy to the rest of mankind, not just a select few.

I still travel, but I don’t do it with the same compulsiveness I felt as an adolescent. I do it to remind myself every so often that I am free—and I try to at least travel more mindfully. If I were to return to India, it would be to train to be a yoga teacher, learn Hindi, meet people I know and to continue to work on my word and image project looking at traces of the British Raj. But to “just go” and see things at random? Travelling as a form of escapism can be like a drug, a form of sedation from really living once we pass a certain point.

The world is like an open encyclopaedia, and we should learn from it.

We should also remember that travelling is not the be all and end all. We return from our voyage with experiences, and—like Frodo and Bilbo Baggins—perhaps lose our sense of belonging in our original communities; we become part of an international crowd whose sense of belonging is ambiguous. We need to remember to go on living. 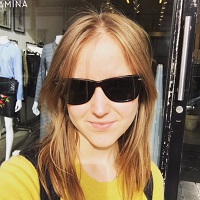