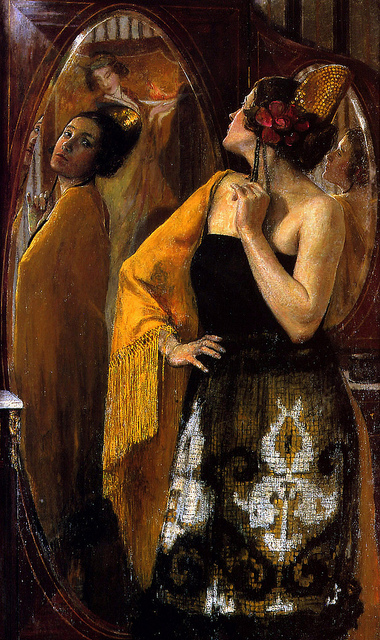 What would be like to be irresistibly magnetic to love and life?

If you were to poll the people in my life, those who know me well and others whose familiarity comes as result of social media and reading the words that pour nearly ceaselessly from my mind, through my fingers and on to the keyboard, they would likely tell you that I am a magnet. I draw into my world, opportunities, people, love, money, experiences and even parking spots at the speed of thought.

It’s been a talent for as long as I can remember.

There are days, today being one of them, when it feels like the magic and mojo are missing. Rolling back the clock to the Fall and a dream job that I had held for a year and a few months as a web content writer vanished into thin air, like those nocturnal imaginings that keep us company in slumber recede as the light enters the room.

Budget cuts necessitated layoffs, and the adage “Last hired, first fired,” was made a reality.

I was tossed into panic mode, but within two weeks, after sending out copious queries, I secured another job in the same field and the director told me, “We have been looking for someone like you. You are exactly what we want. You have a secure home with us.” I laughed as I responded that is precisely what I wanted to hear both from an employer and a life partner. Fast forward a few months and the funding that she had anticipated to fuel her non-profit biz, fizzled. Back to the drawing board. Since then, I have been patch-working together writing and speaking gigs.

As you are reading this, I can imagine that some of you find your lives in flux and are wondering what it could take to turn things around. Living with uncertainty as a companion leaves a lot to be desired.

This week I was the guest on a radio show about writing. The host described me as a “successful freelancer” in the promo for the interview. Prior to going on the air, I found myself in tears, because at that moment, I felt like anything but a success—an impostor, in fact. If I was to consider myself successful, it would meet the criteria of being able to support myself fully through my writing prowess.

Once I was on the air, I admitted my hesitation in that area. The gracious host, herself a writer, acknowledged that it is something everyone experiences, since the freelancing ride is often unpredictable and requires that one fasten seat belts and hold on to the safety bar. As much as I know it and would remind any client or friend who was in doubt, despite evidence to the contrary, I still felt like a fraud, soon to be discovered as the empress who had no clothes.

Another realm where I am at odds with myself is that of relationship. Although I am immersed in them in both work and play; considering the people in my life my treasures who know I value them, I still feel distant from the intimacy of a primary partner. I was married for nearly a dozen years and since being widowed at 40, I have been in short term relationships,  in various and sundry time frames and combinations. There remains a pervasive thought that there is something wrong with this picture that in more than 17 years, I have not met someone with whom I can see sharing a life and home.

A sense of embarrassment lingers that feels like a heavy quilt that I can’t seem to shake off.

What also plays into that dynamic is that often topsy-turvy yin-yang/masculine-feminine dichotomy. As a solo act, raising a child and  working as a professional who blessedly kept the same roof over our heads for all these years, I was used to doing it all. The challenge is being in receptivity mode as I am gradually allowing others (men in particular) to do things for me. Being feminine doesn’t mean being weak and helpless. Neither does it mean I am incompetent. It does entail a sense of trust that people in my life have my back.

In conversation with my friend Jenny G. Perry, a life coach, wife, mom and the author of Sexpot With Stretch Marks, I received answers that had eluded me. In her lovingly kick ass style, she asked how I wanted to be seen. I told her that I want to be perceived as more than pretty, beyond beautiful. I want to be irresistible. I referenced two other friends and then Jenny herself whose public personae are edgy and flirtatious. They each love dressing up, donning feminine attire, and makeup, posing for the camera and being in the spotlight. I enjoy being center stage too and yet, it is more about what I do as a speaker and writer than who I am as an alluring woman.

She suggested doing boudoir shots—all glammed up. I have thought about it, but then (propriety police on patrol) wondered if displaying the photos publicly would fly in the face of my professional role as a therapist. And I pointed out that all three of the women are married and as a single woman, it could feel like I was selling myself. I harken back to my 20s when I wore long flowing hair, had an itsy bitsy body and was able to use it to seduce nearly anyone I desired. That much power itself was seductive and a bit frightening—not that I wasn’t valued for my intelligence and loving nature, but my appearance had a great deal (at least in my mind) to do with the appeal.

These days, I can lounge in sweats, pump it up at the gym in workout clothes and rock a mini skirt and bodice with the best of them. The first two are more in my comfort zone.

The third scares the crap out of me.

Jenny, who is big on the use of affirmations to re-write the narrative and re-program the brain, suggested scripting the words, “I am irresistible,” on post it notes and then place them around the house. In that way, she felt, I could up the amps on attracting what I desire in both the personal and professional realms. Not a stretch for me at all, since my home is already an eclectic blend of metaphysical toys and tools. I am willing to be available to all life has to offer.

I still long for that One who will find all of me simply irresistible.