Rituals that Fill the Deep Holes of Grief in our Lives. 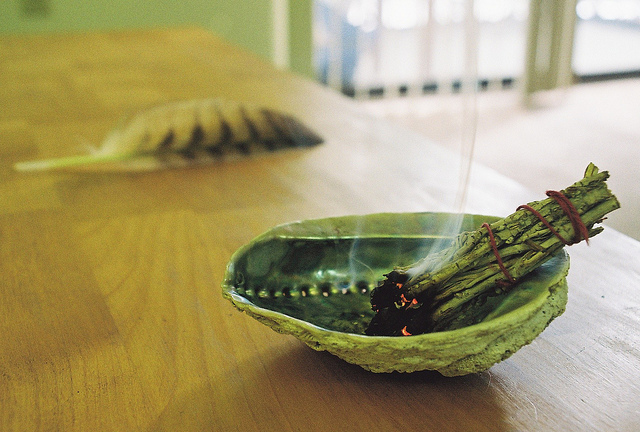 “Are we going out to M’s place in the desert this weekend?” I asked my husband.

Saturday would be the fourth anniversary of the death of his late wife. They had been married for 48 years.

He stopped clearing the breakfast dishes and paused, looking at me.

“If so,” I went on, “I thought I would bring flower petals with us.”

When my husband and I had gone out to that flat spot in the desert, the spot M had picked all those many years before when she had no inkling of the timing of her words, we had spread flower petals over her ashes. While the deep blue bowl of night sky covered us with stars and my husband read the exquisite words he had found, we poured the ashes out on a little spot of desert tucked under a creosote bush.

It was a quiet, intimate, and perfect personal ritual that had helped to fill the hole left by M’s death.

But then, life is filled with holes and certainly the death of a beloved spouse of 48 years leaves one of them.

I have found that rituals, the kind that are personal, spontaneous and that come from the people directly involved, can help fill those holes and even become ladders leading up and out of a dark well. A simple act such as spreading flower petals over ashes can comfort the bereaved, providing a language other than words for expressing pain and loss.

Rituals can also be a way that people join together to help shoulder the burden.

When my husband started clearing out his late wife’s personal belongings, it was difficult for him. While he knew it had to be done and he wanted to do it, it was still difficult. He felt like he was “moving her out.” I brought a sage bundle over to the house. We lit the fragrant branches together and I showed him how to wave the sage in front of him so that its smoke billowed.

“Call out to M’s spirit in your heart,” I told him, “so that it can float softy on the wings of the smoke to another place of rest.”

The ritual of the sage allowed him to speak the silent words of his heart and to let go more easily. It also seemed to put into the background the boxes filled with clothes and belongings that were stacked in the living room, hiding them instead behind the fragrance and smoke of the sage.

When I met my husband, only 10 days after his wife died, there was no question but that he was at the bottom of a well. He was thin and pale, even gaunt. He talked incessantly with mind-numbing details in almost meaningless monologues as he grappled with the reality of his loss. Having relocated to the United States, he was also entirely alone, with family and friends a continent away.

For eight months—without the aid of hospice until the very last few days—he fed, nursed, washed and cared for his departing wife entirely by himself. What did he know, other than by instinct and by what love had taught him about how to nurse a person with a chest wall tumor that was draining away her very life. At the end, as she took her last breaths, he held her in his arms, softly singing to her please not take his only sunshine away.

“Would you go to the chapel with me?” he’d asked shortly after we met.

He had been to the Benedictine Chapel by himself several times already and wanted me to join him in his personal ritual of remembering M and recalling her to himself while surrounded in that place of ultimate rituals—a chapel inside a Catholic church.

The best way I knew to reach him in those early ragged days, the best buoy I knew to throw was to create spontaneous personal rituals; simple gestures outside the ordinary rote of daily life that could be containers for his grief. These were rituals—activities and gestures—that he and I would talk about together, that would match his feelings and would fit him and his ways and perhaps most important of all, would allow me, a stranger who was to become his new wife, to participate with him in his bereavement.

We fixed her favorite food for dinner on the first birthday after her death and bought a decorated cake in her honor;

Instead of driving to the store a mile away to buy flowers, he walked, carrying the flowers all the way home cradled in his arms;

He wrote to each of her friends on the anniversary of her death;

He wrote to her and spoke of his loss;

We lit special candles for her especially at the Christmas table; and

there was the sage stick and the flower petals.

So that morning at breakfast, when I asked him about driving out to the desert and taking flower petals to scatter, it was a ritual we had done before and it wasn’t unusual that I would ask.

What was unusual was that he didn’t say yes right away. Instead, he said he wanted to think about it.

I didn’t go further with my question. I didn’t ask why he needed or wanted to think about it. I just let him have the space to do what he needed to do.

“I want to think about it.”

It has been four years since the deep well of my husband’s grief opened up and, when he didn’t right away want to spread the flower petals when I asked him, I sensed something different in him.

I sensed that perhaps he no longer needed the ritual. Perhaps he wasn’t so deep down in the well.

That’s the thing about wells isn’t it? Especially wells filled with grief. They aren’t made of concrete and they change.

They don’t go away, that’s for sure. But with time, a loving attitude, patience and, even with rituals, they ultimately fill up and eventually, people climb out of them to find their sunshine again.