The Day I Decided to Stop Giving my Daughter Meth: 5 Natural Interventions for ADHD. 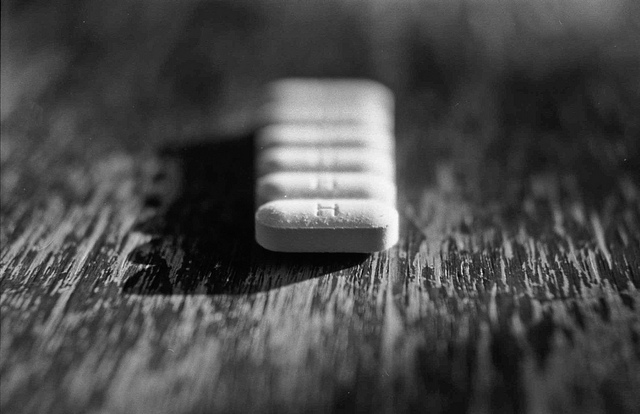 I stood and stared at the 20 mg capsules of “meth” that gawkily lay in the orange prescription bottle I held in my hand.

I could not bring myself to put such a strong substance in my daughter’s body for one more day.

After a very “challenging” kindergarten year sans medicine, I decided to take the recommendations of several professionals. I broke down and started giving my daughter medicine to treat her diagnosed ADHD. I needed to be able to work throughout the day to make a living, and I needed to not worry about being called by the school to pick her up, so I took the prescription to the drugstore and had it filled. I had done a lot of research beforehand, and I knew this prescription was serious business.

In general, there are two types of medicine used for the treatment of childhood ADHD: stimulant and non-stimulant. Our doctor had put my daughter on the stimulant type. Verywell describes how and why the stimulant medicine works,

“What stimulants seem to do is stimulate and increase the release of certain neurotransmitters, most notably dopamine and norepinephrine, and block or slow up how much of these chemicals are being reabsorbed back into the neuron from which they were released. As a result, more of the neurotransmitter is held in the synapse space between neurons long enough for it to properly bind to the receptor, thus messages within the brain are more effectively transmitted and received.”

Upon further investigation I learned that the stimulant in ADHD medicine regulates behaviour and attention by putting the body in a constant state of fight or flight. If we think about the “superfocus” that occurs when someone’s life is in jeopardy or when they are being chased…this is the same state that occurs when someone is given a stimulant ADHD drug. Their body is in fight or flight while the medicine is in them, and as a result they can focus more on tasks at hand.

I didn’t feel good about putting my daughter into this constant, but I didn’t know what else to do. I had to force myself to give it to her the first day, but was pleasantly surprised when she seemed to be able to focus more.

It did exactly what it was supposed to do.

The phone calls from the school stopped (except for the odd days when I forgot to give her her pill), but I still did not feel good about it. My mama heart was in conflict. The stimulant version of ADHD medicine, which is called Methylphenidate, is drug similar to the street version that adults become addicted to. In fact, it is often used as a replacement drug when addicts are attempting to get off of meth.

Despite all the published journals and studies that say this type of stimulant drug is safe for children, my mama gut was shouting another narrative inside my head. I couldn’t ignore it any longer. After eight months of medicating my daughter, I decided that if she could not survive in public school without medication, we would have to find another schooling alternative. But before we took the homeschool plunge, I started to look for more natural solutions.

I found a Naturopath in my area who specialized in helping children with ADHD and Autism and forked out the moola for my daughter to have a number of tests to look into how her body was running. I wanted to know if there were any imbalances or deficiencies that were occurring that were possibly leading to her busyness.

After a 200-dollar appointment, one morning pee sample and four weeks of waiting for test results to come back, I found out some very important information that has allowed me to start treating her ADHD naturally, without the use of harsh drugs. Along with prescribing several supplements that catered to the my daughter’s individual deficiencies that were discovered in the lab results, she recommended five interventions that any parent could safely try if they are concerned about their child’s inattention and hyperactivity:

1. Going Gluten and Dairy Free. I had heard of many families choosing to go gluten and dairy free, but I didn’t completely understand why. One of the tests the Naturopath ordered for my daughter was a Gluten/Casein peptide test. It tests how well the body is able to break down and digest gluten and casein. If the body is unable to completely breakdown these foods, it can remain in the body as a morphine-like substance, called Casomorphins (from dairy products) and Gliomorphins (from gluten products). We discovered that my daughter had very high levels of casomorphins. The dairy I was giving her daily was acting as an opiate to her brain. As soon as I took her off dairy, I noticed a calm come over her that I had not seen in a long while.

2. Avoiding Dyes and Preservatives. Children with ADHD tend to be sensitive to the foods they eat, and hyperactivity and behaviour issues can increase when they do not have a clean diet. It is important to avoid any foods that contain dyes or preservatives, as they can increase hyperactivity.

3. Daily Epsom Salt Baths. These baths have been like magic for my daughter. Epsom salt contains magnesium and sulfur. Many children with ADHD are low in magnesium, which acts to soothe and calm the nervous system. Sulfur is known to activate methyl pathways that can help to detoxify the body. Epsom salt baths are a one-two punch to combat inattention by calming the body and providing detoxification all at once. My doctor recommended giving my daughter an Epsom salt bath 5-7 nights per week with 1-2 cups of the Epsom salt in each bath.

5. Getting outside. Most kids with ADHD thrive when they are outside in nature. It is so important to make sure this a planned part of their daily schedule.

A week after I decided to stop giving my daughter “meth,” I sent her to school for the first time after implementing the natural solutions at home.

I waited on pins and needles all day, wondering how her day was going.

After the school bell rang, I checked in with her teacher to see how she did, and she looked at me with the warmest smile and said, “There were no concerns…she had a great day.” Tears of joy streamed down my face, and my mama heart felt so full and happy. My girl was at school, without medication…and had a great day.

Choosing to take her off medication is a decision I know I will never regret. 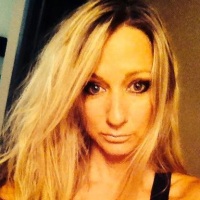