Dare to Try This at Home? How the Staring Challenge Changed Me. 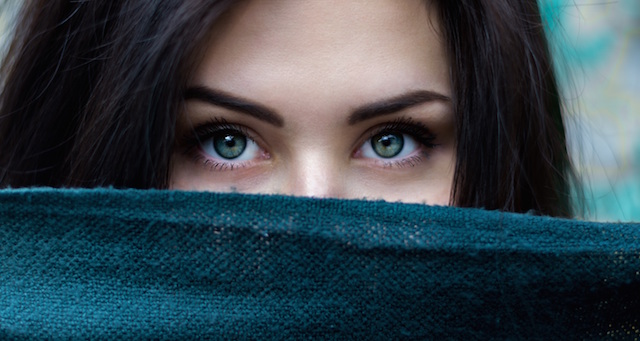 Have you ever stared into somebody’s eyes for five minutes without looking away?

Can you imagine doing that with your kids or spouse? Or even more uncomfortable, staring into a complete stranger’s eyes for that long?

I took a yoga assistant workshop not long ago in order to get outside my comfort zone and grow.

I recently turned 40, and I couldn’t shake this feeling that I needed to try new things and get the most out of my life. First, I wasn’t sure about taking a yoga-assisting course—I knew it would involve touching a lot of very sweaty people, and being responsible for adjusting their bodies into the correct positions in yoga poses.

Yet, I knew these reservations I had about attending the workshop were exactly why I needed to do it. At a minimum, I will extract wonderful nuggets of yoga wisdom and technique from a 20-hour yoga course. Perhaps this yoga-assisting workshop would be a catalyst for many more awesome yoga adventures in the future.

One of the first assignments in the workshop was an exercise in staring.

Staring at people, or being stared at, most certainly makes me feel uncomfortable. Yoga workshop attendees were paired off with a complete stranger and asked to stare into each other’s eyes for five minutes.

I sat cross legged in front of a lovely woman named Lori. She had a kind face and big brown eyes that I would call home for the next five minutes.

I noticed after less than a minute that I was starting to squirm in my yoga pants, little sweat droplets beginning to form on my temples. Not only was it difficult to stare at a stranger’s eyes for any length of time, but it was also uncomfortable to be stared at.

Was she judging the zit on my chin that she could see in her peripheral vision? Did she think I must be tired because of the bags under my eyes? Should I blink? Should I not blink? Can I look away just for one second? No, I’m not allowed to.

I began to smile uncomfortably, wishing for the exercise to end. I began obsessing over which eye to stare at—the right or the left.

Then I noticed my partner Lori was blinking her eyes very slowly. It was a hypnotic measure: a meditation for me to watch. I began to feel really relaxed and comforted looking into her peaceful eyes. I started blinking my eyes really slowly as well, offering her the same peaceful feeling she was giving to me.

After five minutes we were released from our staring assignment, and my partner and I gave each other a big hug. I felt a real connection to her; I had stared at her brown eyes, but also I felt like my stare had penetrated her soul. The staring assignment seemed really intimate, like we were sharing an unspoken experience in finding comfort and kindness in one another.

When we went around the room in yoga circle time, explaining how we felt about the assignment, most people felt the same way about staring at someone’s face for five minutes: uncomfortable at first, but by the end we felt loved and connected to each other. One person observed that he doesn’t ever look into his spouse’s eyes for very long.

The staring exercise brought up some interesting realizations about myself; I tend to close myself off to people I don’t know, avoiding close contact or small talk. Because of this, it is more challenging for me to create new relationships with people. Years after the assisting workshop when I see Lori at yoga, we hug and I feel like I know her better than most people I have been practicing yoga with—all because of five minutes of connectivity.

I decided to try the staring technique with my kids to see how it made us feel toward each other.

I brought them into my room one-by-one, so we could have peace and quiet. I started with my seven-year-old daughter. At first, my daughter began giggling because it felt strange for her to sit and stare at her mom’s eyes. She giggled for about 20 seconds and then she said, “Can we stop now?” I said no.

Next I brought my other seven-year-old daughter in for a stare-down. She also began giggling and asked to stop after a minute. I said no. Ten seconds later she asked if she could play the iPad after we were done staring at each other. I think she felt like I was at a vulnerable moment in my life, but I wasn’t so I said no to that request. Then she asked if she could itch her ear. I said yes. Then she started making really funny faces and I started laughing. We stopped staring.

My son was really excited to participate in the staring contest because he likes games. He took it much more seriously than his sisters for about 20 seconds, and then he let out an uncomfortable burst of laughter. He then asked the most popular question of the exercise, which was, “Can we be done now?”

I told him we needed to stare at each other for another minute longer.

He counted to 60 in his head and then declared he was done. I asked him how it made him feel and he said “happy.” My 11-year-old daughter Ava could have stared at me forever. She did not seem uncomfortable or feel silly about it. She was completely at ease with the staring exercise. She never laughed or ask to be done. When we were done I asked her how it made her feel and she said it made her feel very calm and peaceful.

It was nice to know that when my children were forced to stare at me for an extended amount of time they all felt happy, calm and peaceful. Even though it made them feel silly staring at their mom’s face for what probably felt like an eternity, there was a undeniable spark between us-–-a cosmic connection like looking into each other’s souls and seeing the goodness in each other.

What I really learned in this exercise with my children is that throughout the day we never stop very long to have the quiet space where we can appreciate each other.

It took a concerted effort in an often overwhelming day to bring each child into a private room and have one-on-one connectivity with them. But when I did, it reminded me that as parents, friends, lovers, and family members, we greatly benefit from giving each of these relationships our undivided attention. We live in a busy world, where it is difficult to stop and really focus in on the people you love.

I finished my yoga assisting workshop and went on to be a yoga assistant for the next year, opening myself up to massaging hot and sweaty bodies, and helping adjust yogis into their full postures. It was something I never thought I would do, but doing it showed me that there are so many facets of life to explore—those that make us happy and those that stretch us out of our small comfortable spaces.

For a deeper connection to the people you love, try the staring exercise with them for any amount of time that works best for you. It is a unique meditation.

You may be pleasantly surprised about what comes up for you after getting past the first uncomfortable minute. 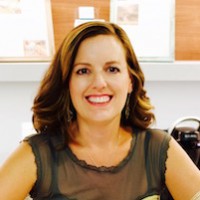