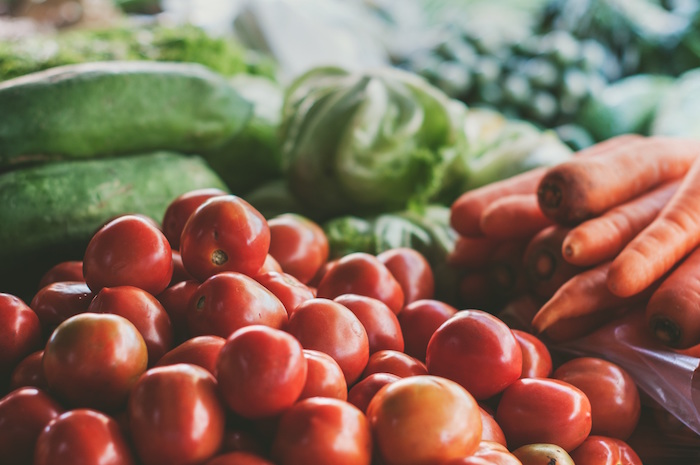 Is a raw food diet healthier than a cooked food diet?

This controversy may continue to rage on despite reality—which is that, according to science they both are beneficial and have been for quite some times. The logic that our ancestors only ate raw food has some major flaws, with numerous studies suggesting we have been cooking for almost two million years. (1)

The notion that we should only eat cooked foods is also not supported by the science. Dental calculi from pre-agricultural societies had evidence of a diverse plant-based diet, as well as cooked foods. (2)

It is not surprising that the science agrees that a healthy diet seems to still be some combination of cooked and raw foods.

Some studies suggest that raw broccoli is better because heat breaks down the enzyme called myrosinase, which helps break the broccoli down into cancer-fighting and ulcer-reducing sulforaphanes that have elevated broccoli to the superfood status. (3,4)

On the other hand, perhaps an even more health-promoting nutrient, Indole-3-carbinol, is processed only when broccoli, cauliflower and cabbage are cooked. Indole 3-carbinol has been shown to stop pre-cancerous prostate cells from becoming malignant. This conflicting broccoli science suggests that you are damned if you cook, and damned if you don’t! (5)

In this article, I will attempt to make the case that perhaps the issue is not whether raw vs. cooked veggies deliver more or less nutrients—but rather something more simple and more profound.

Cooking has the effect of softening the indigestible cellulose, allowing nutrients to be released that may not be when eaten raw. Carrots release more beta-carotene when eaten cooked rather than raw. (9) Take a tomato for example. In one study, after a tomato was cooked for 30 minutes at 190 degrees F., lycopene (an antioxidant) levels rose by 35 percent. (8)

Lycopene is linked to a reduced risk of cancer and heart attacks.

Another study followed 198 adults who ate a raw food diet and found that they had high levels of beta-carotene in the blood, which gives much of the color to veggies like carrots and peppers. Their vitamin A levels were normal, but their lycopene levels were actually low, suggesting that lycopene, an antioxidant more powerful than vitamin C, is more available from cooked veggies. (6)

One of the clear benefits with raw versus cooked foods is the increased amount of fiber ingested with raw foods. In certain situations, when the body has become sick and toxic, raw foods may be better able to scrub the intestines, deliver enzymes and help restore a functional intestinal wall. A health center where I lectured once in Palm Beach, Florida, called Hippocrates, is a phenomenal cleansing center. It is based on Dr. Ann Wigmore’s raw food approach to restoring health. The question is, once you are cleansed, is a raw food diet sustainable? How about, say, in Vermont in January?

The theory that cooking can reduce the amount of nutrients like vitamin C has been studied. In one study on tomatoes, the amount of vitamin C decreased by 10 percent when the tomatoes were cooked for two minutes, and by a whopping 29 percent when cooked for 30 minutes. (6) No doubt, a case can be made that raw food may deliver more nutrients and health benefits, but even this notion is challenged.

When addressing certain cancers, both cooked and raw veggies had a beneficial effect. In one report, 28 studies were evaluated that compared the effect of a raw vs. cooked food diet on certain types of cancers. Both raw and cooked food had an inverse relationship with most cancers; meaning the more vegetables you ate, whether raw or cooked, most cancers went down. Different cancers responded uniquely to the raw or cooked diet, but it seemed that a plant-based diet was the key. (8)

Ayurveda is famous for its cooked food rule, but you could say this is more of a seasonal guideline than a rule. First, the major reason why cooked foods are preferred in Ayurveda is not because of nutritional content alone, as we contend in the west.

In cases of inflammatory bowel conditions for example, the very first dietary recommendation that is made, almost by default, is to stop eating raw food. While they are very cleansing, they are rough on the intestinal wall. A cleansing diet is not a sustainable diet.

New research suggests that the environment of the intestines and the microbes change with each season, supporting the more efficient digestion of seasonal foods. Microbes that can digest denser, higher fat, higher protein foods flourish in the winter along with greater microbial diversity for a stronger and more diverse immune response that is much needed in the winter. In the summer, a less diverse set of microbes flourish to help break down more starchy and cellulose-rich foods. (11)

This research suggests that the microbiome is shifting from season to season, and that raw fruits and veggies would be more appropriate in the summer rather than in the winter. That said, Ayurveda still contends that slowly cooked foods at lower temperatures is most beneficial for the body’s ability to maintain optimal health. More cooked foods in the winter and, depending on the constitution and digestive strength, raw foods are fine in the summer.

In the end, cooked foods are easier to break down, more nurturing for the intestinal wall and, in most cases, they deliver similar amounts of nutrients compared to a totally raw food diet.

4. Proceedings of the National Academy of Sciences of the United States of America. Vol. 99 no. 11 Jed W. Fahey, 7610–7615. Sulforaphane inhibits extracellular, intracellular, and antibiotic-resistant strains of Helicobacter pylori and prevents benzo[a]pyrene-induced stomach tumors 5.The Journal of Nutrition. Fazlul H. Sarkar.