The Moments—A Story that Helps us Find Peace. 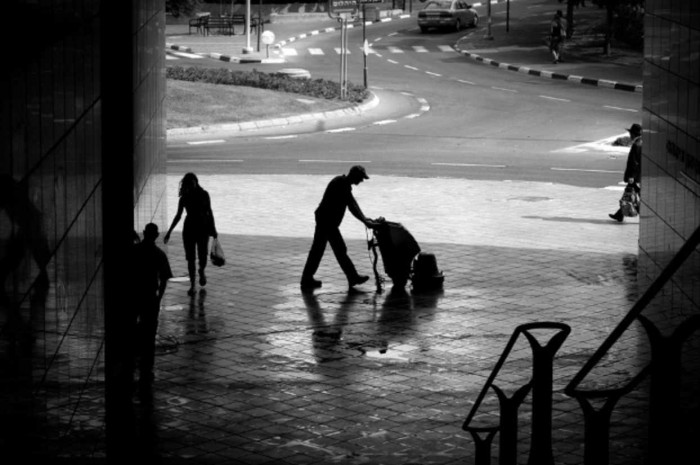 On an early spring day at noon, a man decided to take his life by jumping out of the window of his apartment in Manhattan.

It was a bright sunny day, on a busy street, with many people walking by. Thankfully, I missed this tragedy by 20 minutes. When I arrived, the NYC white coroner van was parked in front of the building, and the men who worked in the building were hosing off the sidewalk—rinsing away any signs of what had just happened.

Yellow police tape was up. I saw some policemen milling around, and then watched as the van drove away.

People were talking, of course. The doorman across the street from the building where the tragedy occurred looked wide-eyed and weary. He told me and another woman from his building that he had witnessed a three-car accident the night before in front of him. If not for the metal beam in front of his building, the car would have hit him. He told me a few years earlier he had seen Corey Lidle’s plane hit the building down the street and fall to the pavement in a fireball. “And now this,” he said as he shook his head. “It was amazing nobody else was hurt.”

As I walked back down the street, I looked behind me at the spot where this man had died. People walked down the street unaware of the tragedy that had happened there only an hour before. The police tape was down now and the police gone too. The street was wet with water as if a rainstorm had passed. A couple held hands as they walked and a group of teenagers laughed. I thought about how life goes on, and how this man’s pain and desperation—his act of killing himself—was now cleared away from sight. I knew what had happened, though, and I said a prayer for him.

I thought back to the times when I’ve wanted to leave this planet. Sometimes I wished there was an off button, some way I could sleep for a few months. There have been desperate times when I felt as if all hope were all gone. I also remembered how I could always hold on one more day—mostly thanks to my belief that if I ever did end it, when I got to the other side, I would be told: “…if you just waited one more week!” And so during those times, I have held on.

I did not judge the man—I didn’t know what his story was, what had brought him to that moment, but in my mind I played over and over a scene of someone telling him to hold on—an imaginary friend who was there for him.

The next morning, I entered the elevator in the building I live in where I was greeted by two parents, a dog with boundless energy, and their two children. The girl and a boy were fighting with each other. The father was holding on to a scooter and a bag of toys were in a bag hanging on his arm. The little girl hit her brother, the father angrily told her to stop, and the dog was jumping up and down, with the mother trying to pull him away from me.

“This is my hell,” she said aloud, filling the elevator with her confession. “Would anyone like to trade with me?”

I thought about it and answered, “First you’d have to know about the other person’s life before you ask to trade.”

“This is hell,” she said again. Her kids continued to fight, and her husband, in an effort to keep the dog from jumping around, almost hit me with the scooter he was carrying.

I found it interesting. To an outsider, it looked like they had achieved the “American dream”—the thing that most strive for. They had the two kids and they all seemed to be in good physical shape, yet they appeared miserable. As we left the elevator, she said to me: “My friends tell me it only gets worse!”

“Well, don’t listen to your friends.” I tell her.

I then think of a friend who, after going through a battle with cancer, described his time with his kids as being in “heaven.” He now appreciates the moments.

About twice a year I see an acupuncturist who is also a spiritual teacher in downtown Manhattan. This day, the one on the elevator, happened to be the day I was going to see him. I told him the story of the elevator, and he nodded his head in a knowing way. He told me he sees all types of people. He sees addicts, people with severe illness, poor people, rich people, and famous people. He said everyone is suffering. He told me how he saw a billionaire this morning and he was in his own hell. I thought about how that money would make my life much easier. It would not give me back my health, but it would help give me choices. When I told my acupuncturist that, he told me these people have more choices of ways in which to destroy themselves.

While picking up medicine at local pharmacy, I was feeling a moment of hopelessness. I passed by two workers who were restocking a shelf. The woman said to the man, “Dave, you just got to enjoy the moments in this life. That’s what we have to do.”

We do get messages in life: in that elevator, from the acupuncturist, and the two workers in the store, and most heartbreaking of all, from the man who decided to end his life.

I wish I could say something that would make all of this come together in some way, some answer, some wise words to end with, how it all comes together into some pat spiritual life meaning.

There is no answer, but the words from the store workers made the most sense of all of it: “You’ve just got to enjoy the moments in this life.”

I sit in the park today and watch as two squirrels play. A young boy throws a baseball to his father and his father catches it in his glove and throws it back to him. The sun is shining. The breeze allows the leaves of the trees to dance above me. I breathe in this moment.

It is a good one. 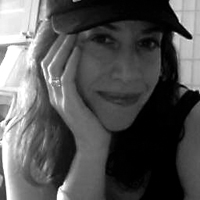