Holding onto Pain—What Keeps us From Moving Forward. 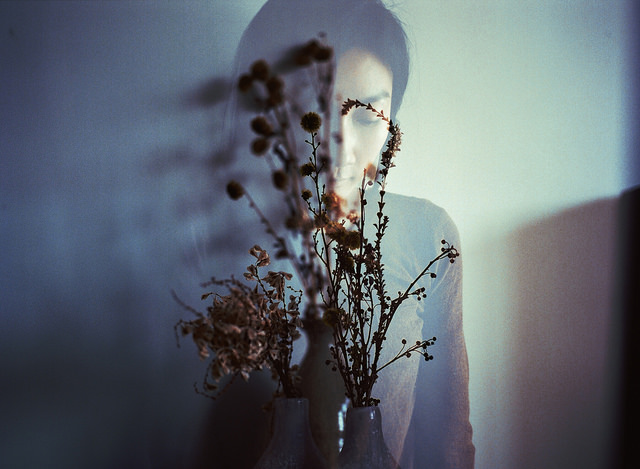 When my husband died from brain cancer four years ago, I was met with a myriad of responses from the community—and faced with my own internal compass of how to deal with pain.

People wanted to hug me, which felt like a cactus on the inside of me being squeezed; it was incredibly painful to feel love or comfort. Others wanted me to cry. Friends put my head on their shoulder and instructed me to let it out. I could barely exhale a breath, never mind the pain of grief my body felt inside.

I sought out counseling from Hospice’s support group. My counselor told me to cry. I explained that this outpouring, really just trickles of tears, silently falling down my cheeks, happened at the most inopportune times. I was in the dentist chair, for example, getting a cavity fixed, and tears fell. The dentist thought I was hurt, but just didn’t understand the sort; Novocain couldn’t fix it. I quickly abandoned this method of spontaneous emotional release.

My counselor’s suggestion was that I schedule a time to cry, at the end of my day, for an hour. She told me to plan an event at the end of that hour, like a bath or a walk, to help bring me back to normal. I tried this, but once I started crying, alone in my room, there was no “ending” this outpouring. The hour of relieving grief turned into sleepless nights, and I let this practice go too.

I heard from those wiser than me that grief doesn’t just “go away.” You have to deal with it. Partially reacting with anger, feeling trivialized and judged for my lack of ability to pick up, process, and recover, I discounted that wisdom. “Watch me,” I thought.

I stuffed away those emotions, pain, and memories. I boxed up my husband’s things, even photos. Does that sound cruel? Perhaps. To me, it wasn’t putting him away. It’s not as if I could ever forget him. To me, it was a matter of survival. I kept one thing present; a stuffed bear named “Chi.” It was passed down by a close friend, who knew Jon before I did. Jon was Native American, and Chi’s owner was deeply integrated into the Native American community doing spiritual work. I felt Chi had depth, a presence, and a strength. It was all I could hold on to, and on rare nights I’d hold this huge stuffed black bear. I’d cry into his back, putting my arms around him as if he were Jon.

Months passed. I was still walking around in a daze, trying to function and find purpose. I wandered for a while.

I started doing yoga every morning with the sunrise, by the water’s edge. It helped me to feel human again. Connected. Present. I touched the earth when I moved into the yoga pose, Camatkarasana, and flipped my dog. It felt good to feel the earth beneath my feet. For that hour, I was me again. Human. Not subject to what had happened to me, not a widow, not a confused woman. I was free. Connected to the core of my being. Absent from circumstance. Sane.

Over and over again, I’d hear those wiser than me repeat the same messages: “You can’t run from the pain. The longer you run, the longer it last. Face it head on.” At the time I thought, “Okay. You may be right. But, I am not strong enough to do that.” I did the best I could. I started working again. I felt joy, in moments. I walked around the places that he and I visited. I sold our home in Washington. I moved back to my home state, in Florida. It was running, moving away, moving on, or escaping. I don’t know.

Today, the messages the universe has been sending me over and over again is, “Meditate.”

I feel the same stubborn resistance to the idea of meditating as I did to the idea of processing the emotions of grief. It’s not like I don’t have enough time or discipline. It’s fear. What will happen if I let go? This is the defining question that has kept me stuck for years. It’s the holding on, the fear of the unknown, the resistance to what the soul knows is the next right step that leads to suffering.

I’ve learned that this feeling, fear of letting go, is an illusion of safety, protection and security. It’s the one thing keeping us from moving, shifting, and getting out of a stuck place.

What will meditation bring me? I don’t know. It’s the uncertain thing sitting on the other side of grief—the question, “What would my life look like if I truly let go, felt the pain, and grieved my husband?” Well, then he’d truly be gone and what a profound and overwhelming idea that is. The paradox is, by holding on to the pain, by not releasing it, I remained stuck in a limbo space of not really living. I was simply surviving, and resisting growth. Like stagnate water, without movement and flow, nothing lives.

Experienced with this illusion of fear, I know I must do the thing I don’t want to do. I must meditate. My body, in fear, tells me no. Tells me to tune out, turn up, or take out. My experience tells me these actions, the symptoms of avoiding fear, will only keep me paralyzed.

Today, I know that walking through the fear, facing the difficulties, turning towards the problems and pain in life will bring me to the other side—which is full of so much beauty and happiness. 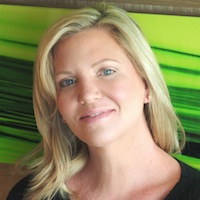