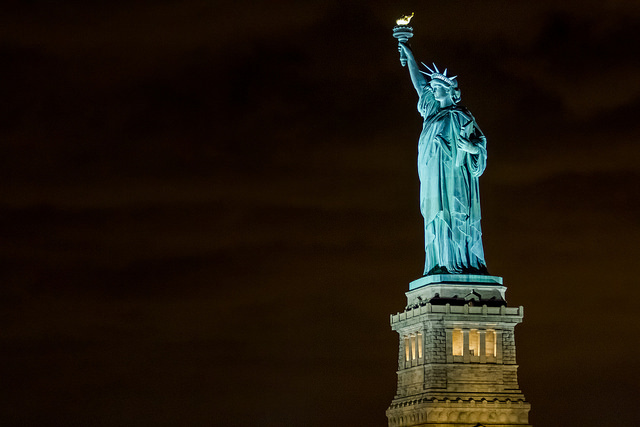 I was in the second grade when I began to realize that my family was different.

I remember visiting friends’ houses and wondering where their daddies went during the day. My daddy was almost always at home. I remember seeing him at the kitchen table day after day in his bathrobe—singing to old rock n’ roll music on his stereo, drinking diet pop, a cigarette dangling from his mouth. He scribbled poetry into journals, sketched abstract images with chalk, or talked to people who weren’t there.

My dad is a disabled U.S Army Veteran. He dropped out of high school to go overseas during the Vietnam War. He said the only thing he ever wanted to be was a soldier; it was his dream to become a war hero. Instead of coming home decorated with medals, though, he came home sick. He didn’t lose his life in the war—instead he sacrificed his future, education, identity, and autonomy.

Recently, I started volunteering in the kitchen at a homeless shelter downtown. I see my father in the face of every man who comes through the line.

On an average night we serve over 500 meals on plastic trays to men in veteran’s hats and wheelchairs, with toothless smiles and weathered faces. Those brief moments of interaction, and receiving a hot meal in a safe place, are the best part of every day for the men who also sacrificed their future in the name of freedom.

Growing up with a schizophrenic daddy wasn’t easy. In giving his future, my daddy also gave parts of me—my childhood and my innocence. I didn’t get to grow up learning what a healthy marriage looks like, or experience the unconditional love a child needs from her parents. We lived in poverty, in constant crisis and turmoil. It has taken a lifetime for me to shed the conditioning from my childhood home.

I’m sure there are military daughters who feel a swell of pride when they hear the national anthem begin. They place their hands on their hearts, look at our flag, and see a symbol of freedom and greatness. I am not that girl.

As I look around America today, I just feel sad. The land of the free has become the home of reality television, corporate greed, celebrity gossip, big box stores and fast food. We have unlimited potential to do amazing things for this country and the world around us, but evidence of progress or growth is sometimes hard to find among all the other nonsense.

This election year has been especially disheartening for me. It’s turned into a big, ridiculous circus. No one is saying anything anymore, it’s just noise. Frankly, it’s become embarrassing, and I refuse to believe that this is the best we can do.

There isn’t a candidate on the ballot that represents who I am, or the changes I would like to see. I’ve become so frustrated with the choices, I started a campaign for my bulldog. At this point, I feel he would be a strong write-in candidate. Mostly, I need a way to find humor to keep myself sane until November comes and goes.

I realize that we are more free than other countries. We have many comforts in America that we take for granted every day. I’m grateful that I’m not forced to be a Christian, or cover my hair, or choose a profession based upon my caste. I have clean water, and access to healthy foods, and education, and so on. I know these basic necessities are not available everywhere, I know that I have basic rights that others are not given. Truly, I’m grateful for these things.

The problem is, I don’t feel free.

I still see racism, gender inequalities, bigotry, hatred, violence, religious persecution, and greed in our culture. I still see people valuing money more than people. I see people mindlessly following around the media, gobbling up everything advertisements tell them to, never questioning what the impact of those things might be. We’ve become slaves to our society—to money, to convention, to norms and expectations. When does it end?

The world around me has become plastic and disposable. I need to find something real.

As we continue sending young men off to war, I have to ask, “What are we fighting for?” What legacy are we creating for our children and the generations to come? How can we make America great again?

How can we create more mindfulness, more kindness, more equality? How can we become a country that I can feel proud to be part of? I need to see more integrity, more innovation and intelligence from our leaders. The only way that will happen is if we demand it as a population.

I want to believe that my father and men like him did not sacrifice everything in vain—that the country they were fighting for, and everything they believed it stood for is real, and possible, and attainable.

Until then, I am not ashamed to say that my daddy is a U.S. Army Veteran, and I am not a patriot.