This is what I would Like to Do with you when No one is Watching. 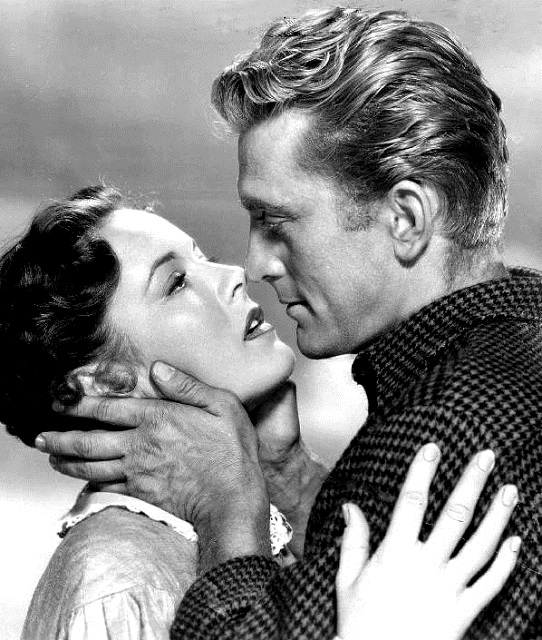 “I don’t want safe. I want to lose myself completely with you. Run your perfectly rough hands through my tousled hair, bringing my mouth to you kissing me hard under the heat of a thousand stars. Take my breath away, love me reckless.” ~ n.r.h. Pearls Slipping off a String

Come with me into the darkness of truth, where the only sound is our masks dropping to the floor—exposing our burning desire, raw and real.

Let’s meet under the full summer moon in a time when the fireflies will dance along the old back roads leading your way to me.

And there, in seclusion of the world we have created, we will finally be left alone.

We will no longer feel the eyes of others critiquing our movements and gestures. No one else will be there to interrupt the tunnel vision that creates billowing circles of desire between your eyes and mine.

It will be just you and I in the place where possibility lingers, like sweetened juices tingling our lips with a reality that is just begging to be created.

I’d like to brush up against you and feel the energy that sparks and creates eddies of momentarily lapses in judgement. Perhaps we would begin with hands and fingers touching for far longer than necessary, just to be sure that we are actually that close and that this time there will be no interruptions.

While I’d like to meet you in the darkness, I’d also like to leave the lights on because this time I don’t want to miss a thing.

Although this is a moment that has been building within the budding creation of dreams, I’d still like to take our time—not rushing, but instead just savoring each moment as a delectable feast, knowing each course will only be more delicious than the last.

I’d like to move in front of you—through the kitchen barefoot and swaying my hips—while pretending that you’re not taking notice of the way that my body seems to move for only you. I would take the fresh ripe summer peaches and turn them into a crisp—warm and sweet, with melting vanilla ice cream atop them—and we’d dine on the richness of home-baked love under the stars so warm in their light.

Perhaps we’d pretend that nothing was happening, while talking and laughing under the guise of a normality that we would never have expected to feel as good as the passion that so freely grows between us.

I want to kiss you, just to see how your mouth would taste against mine.

There would be a moment when we knew that there was a reason you’d followed the stars to my doorstep, despite how much easier it is to sometimes pretend each time was only accidental moments of mistaken fate.

I’d like to say that I would take it easy on you this time, but we both know that I won’t.

Because I still can’t rationally answer the question that you’d whispered breathlessly and slightly mystified—“What are you doing to me?”

But I’d like to take the time to try—even if it takes us all evening or perhaps all of our lives.

I might ask the hard questions, the ones that in the light of day seem just too harsh to utter—yet under the darkness in this world of ours, they seem to spill as effortlessly as the rain from the thunder clouds in an early summer storm.

I’d like us to say everything that we’ve never said, knowing that this time there won’t be any take backs, because we’ve danced this melody of chaotic love long enough to know that perhaps the only way out is through everything we’ve tried to pretend wasn’t there.

I’d like to lay against you, under white lights, with music in the background—not even pretending this time that we were going to watch whatever it was that happened to be playing on television.

Because the only thing I will be interested in watching is you.

I’d like to look you in the eyes for as long as it takes to have fear stop quivering under my skin, knowing that this time I want to show you exactly what it is that you do to me, because I have lost the desire to stop hiding behind casual interludes of the superficial.

And somewhere between hands that just can’t seem to get enough, and the desire that pulses turning my cheeks pink in secrets I’m sometimes too embarrassed to whisper, I’d like to pull your shirt over your head, and facing you, take off mine—letting both fall to the floor with the ending that we knew all along was coming.

There isn’t anything else I’m after, other than feeling the way your skin moves against mine—and with the lights on, creating shadows against the old wooden walls, I’d like to watch how our skin always seems to compliment each other’s, not because of the similarities, but because of the differences.

Perhaps that was what we were both after all this time—not someone who was so similar to us that it made sense, but instead, the appeal in finding another whose differences made it just interesting enough.

And while no one is watching I’d like to sit across your lap feeling every sensation that exists from being in the arms of a man that I trust, not just with my body, but with my heart. I’d like to brush my fingertips along your back and biceps, until I can run them along your face—and taking my time, I’d like to kiss you with the passion of the thousand kisses that we have secretly exchanged before this very moment.