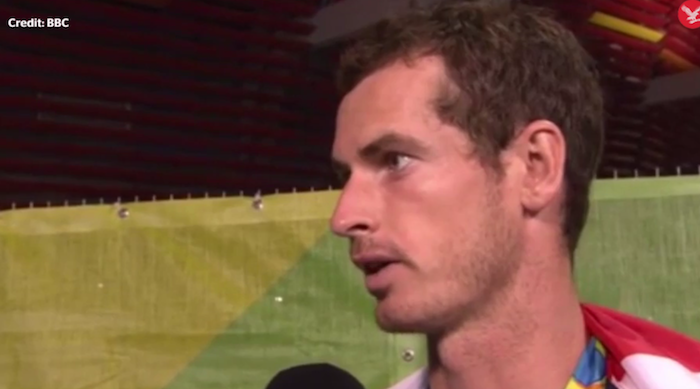 It’s not uncommon knowledge that women’s roles throughout history, and still today, are downplayed or completely ignored. Today, as we continue to level the playing field for women and other oppressed groups, we’re fortunate (and frustrated) to learn the important details of what prevents change.

To me, Murray’s reply to Inverdale communicates a lot more than a simple correction and addresses two important points on this issue.

1. Sexism is a language.

While discussions and movements against sexism and for feminism are becoming mainstream, we are still learning how long the distance is between awareness and change. Language is a good example.

With laws such as Title IX that prohibit discrimination based on sex for federally funded program, women are now prominently sharing the athletic stage with men. But does the language around sports coverage reflect that?

In a recent report by the Cambridge University Press, “language around women in sport focuses disproportionately on the appearance, clothes and personal lives of women, highlighting a greater emphasis on aesthetics over athletics.” And this has been reflected in the Rio Olympics. In fact, calling out possibly sexist reporting fills up about a third of my Facebook newsfeed since the Olympics started. That’s not right.

Taking stock of the power of our own language is our responsibility. Understanding the power of that language helps us get there. Today more than ever, I feel the influence of negative words spreading like wildfire, especially against minorities who either don’t have the power or the space to be heard and accounted for.

For example, in the recent killing of an imam and his associate in Queens, for which no motive or  suspect has been identified, Muslim leaders are blaming the rise of hate speech in the country, which—if it isn’t the cause of this murder—has lately been traumatizing Muslim Americans. Language and a related rise in hate crimes is obviously cutting deeply at the sense of security of many American citizens, and fueling the abusive sense of entitlement of others.

Sites like HeforShe (equality in the workplace), and Mend (men end domestic violence) recognize this connection between language and abusive or discriminatory action, and promote changing how we speak and participate in conversations.

Personally, I take responsibility for my own language—even my thoughts—because I know how powerful they can affect my attitude and that of others. A lot of how we speak and what we say is the result of ingrained habits. Habits that are easy to expose, but tedious to unearth. They seep into our opinions and our behavior, determining who we blame for a rape, and why we think men are more qualified than women to handle certain projects in the workplace. This is why it is so important that the type of language we use be a part of our conversation around prejudices and inequalities.

2. Men as advocates against sexism.

Murray, whether he realizes it or not, was an advocate for the Williams sisters and their Olympic awesomeness. Without him, he would have gotten incorrect credit—shadowing the accomplishments of his female counterparts—and the presenter would not have been reminded that women are equally incredible Olympians, too.

I like Andy Murray even more for pointing out that women are people too. I award him the gold medal for feminism in the men’s events

Men play an important role in feminism because they are the dominant force and voice in most businesses and politics. Whether they are feminists or not has implications in all sects of the public and private world. So, for men to be advocates, it’s important to understand and stay conscious of something called benevolent sexism, which both men and women are guilty of.

In an article titled “An ambivalent alliance” in the journal, American Psychologist , Peter Glick and Susan Fiske explain:

“Although benevolent sexism may sound oxymoronic, this term recognizes that some forms of sexism are, for the perpetrator, subjectively benevolent, characterizing women as pure creatures who ought to be protected, supported, and adored and whose love is necessary to make a man complete.

This idealization of women simultaneously implies that they are weak and best suited for conventional gender roles; being put on a pedestal is confining, yet the man who places a woman there is likely to interpret this as cherishing, rather than restricting, her.”

If this isn’t significant enough, by restricting women through idealizing, it benefits hostile sexism: “Despite the greater social acceptability of benevolent sexism, our research suggests that it serves as a crucial complement to hostile sexism that helps to pacify women’s resistance to societal gender inequality.”

When we take a step back and look at the obstacles posed by the power of language and the need for men as advocates, it can seem like life doesn’t stop throwing hurdles at us. But I appreciate picking apart the details and recognizing that each one of us plays a role in change depending on if, and how, we choose to speak.

As I watch the Olympics, I see so many powerful women role models. It’s incredible to watch these women perform with all the will and determination and fierceness that got them there. I can’t imagine the hours, sacrifices, and badassedness that they put in before arriving in Rio.

There’s no lack of women role models—we have them in every court—but they won’t incite widespread change if there are not people (of all gender identities) making space and time for them to be represented just as loudly as their male counterparts.

As a way of wrapping up the two threads of men as advocates and sexism as a language, I want to share this powerfully, chilling spoken word video of Steve Connell, called “We are the Lions.”

Recorded as the core video for the site Mend, dedicated to getting men involved in the conversation around ending domestic violence, he says “Where men stand, violence lives or dies.” He also takes responsibility for the rippling impact of his own words, regardless of his good intentions. I’ve watched it many times, with chills and watering eyes. 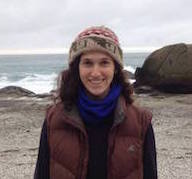